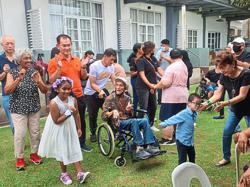 The risk of a premature baby like this one, developing cerebral palsy is reduced by one third if the mother gets an injection of magnesium sulphate before giving birth. — Ed Cunicelli /Children’s Hospital of Philadelphia/dpa

Premature birth is the main cause of brain injury and cerebral palsy in babies.

Evidence shows that babies can be protected from brain injury by giving a GBP1 (RM5.32) injection of magnesium sulphate to women who are at risk of premature birth.

This reduces the risk of cerebral palsy by a third.

However, in 2017, only 64% of eligible women were being given magnesium sulphate in England, Scotland and Wales.

The Prevention of Cerebral Palsy in Pre-Term Labour (PReCePT) programme aims to support all maternity units in England to increase the use of magnesium sulphate in premature births.

This approach was developed in 2014, and led by the West of England Academic Health Science Network (AHSN), and University Hospitals Bristol and Weston NHS (National Health Service) Foundation Trust.

It was piloted in five NHS trusts in the West of England and has since been rolled out across England via AHSN as a national programme.

Both the pilot and national programmes were evaluated by the UK National Institute for Health and Care Research Applied Research Collaboration West (NIHR ARC West).

The evaluation, published in the Archives of Disease in Childhood, found that the PReCePT programme was both effective and cost-effective.

The researchers looked at data from the UK National Neonatal Research Database for the year before and year after PReCePT was implemented in maternity units in England.

While use of magnesium sulphate had been increasing before, the study showed that PReCePT was able to accelerate uptake.

It increased by 6.3 percentage points on average across all maternity units in England during the first year – over and above the increase that would be expected over time as the practice spread organically.

After also adjusting for variations in when maternity units started the programme, the increase in use of magnesium sulphate was 9.5 percentage points.

By May 2020, on average 86.4% of eligible mothers were receiving the injection.

The researchers also estimated that the programme’s first year could be associated with a lifetime saving to society of GBP3 million (RM16 million).

This accounts for the costs of the programme, of administering the treatment and of cerebral palsy to society over a lifetime, as well as the associated health gains of avoiding cases.

This is across all the extra babies the programme helped get access to the treatment during the first year.

In the five pilot sites, the improved use of magnesium sulphate has been sustained over the years since PReCePT was implemented.

As the programme costs were mostly in the first year of implementation, longer term national analysis may show that PReCePT is even more cost-effective over a longer period.

Elly Salisbury was one of the first mothers to be given magnesium sulphate as part of the PReCePT project when she went into preterm labour at just 27 weeks of pregnancy on Aug 24, 2013.

She gave birth to twin boys, Jay and Cormac, at St Michael’s Hospital in Bristol.

However, Cormac survived against the odds and is now a happy and healthy nine-year-old.

Since then Salisbury has been involved with PReCePT as a public contributor, helping to shape how the programme is communicated with parents in her situation.

She says: “Cormac is an amazing boy, and he has no signs of cerebral palsy at all.

“I truly believe that the magnesium sulphate was part of that.”

She added: “All mothers across the country in my situation will get magnesium sulphate thanks to the PReCePT programme.

“And that will make such a difference to so many babies and their families.

“Behind every infusion of magnesium sulphate is a little boy or a little girl, just like Cormac, and a family just like ours.

“Every single family should have that chance to be given this drug.”

Ensuring that your premature baby has the right nutrition 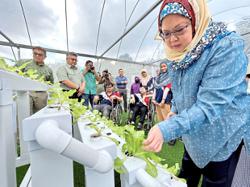 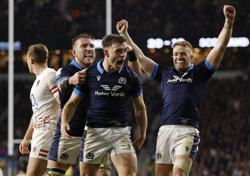