Rare disease drugs can be costly; here are ways to ease the financial burden 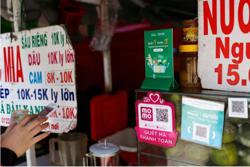 Innovative treatments often come at a high cost, with many patients requiring some form of financial help to be able to afford them. — Axios

Some people or organisations come down more firmly on the figure of 7,000, but in its The Power of Being Counted report, published last May (2022), US non-profit organisation Rare-X estimated that there are 10,867 rare diseases globally.

The report also states that only about 500 of these diseases have a treatment option available.

Generally speaking, a rare disease is defined as a condition that only affects a small percentage of a population.

This number varies in different countries or regions, e.g. the United States defines a rare disease as a condition that affects less than 200,000 people in the country, while the European Union considers a disease rare when it affects less than one in 2,000 citizens.

In Malaysia, the Health Ministry requires a condition to affect less than one in 4,000 citizens to be considered a rare disease.

With such small patient numbers for each rare disease, it is not difficult to see why there is not as much focus on researching and coming up with treatments for these conditions.

And for those that do have available treatments, the cost of research and development, combined with the low volume of demand due to the small patient pool, can make the price of such treatments very high.

There are ways, however, for patients to gain access to such treatments for free – at least for a certain time period. 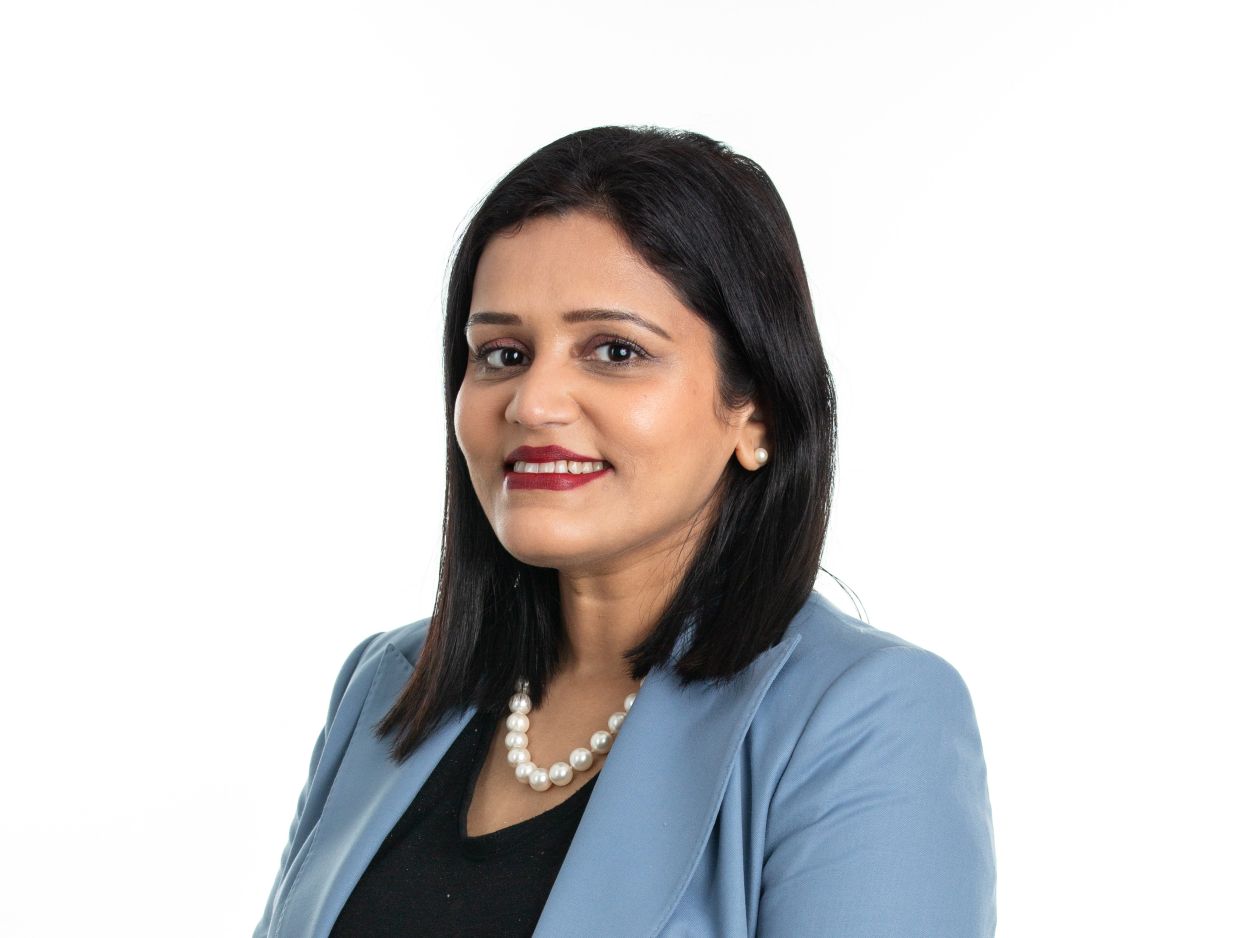 According to Deepti, Roche runs patient assistance programmes for various of its medications, including risdiplam, where patients get free doses with their purchase of the drug. — Roche

The first, and earliest, way is to participate in clinical trials involving such treatments.

The most number of patients are often recruited for phase III of such trials, which are aimed at establishing the effectiveness and safety of such treatments.

There are two catches, however.

One is that, depending on the objectives of the trial and how it is designed, the patient might be one of those who receive a placebo, rather than the medication being tested.

Second is that the drug might be proven not to be as effective or as safe as hoped for during the course of the trial.

While many people might not relish being such a “guinea pig”, the lack of alternative treatments for life-threatening and disabling rare diseases might be incentive enough for such patients and/or their parents to agree to participate in such trials.

In addition, should the treatment prove to be effective and safe, then all trial participants will usually continue (or be started on, if they originally received a placebo) the treatment for free after the trial has ended.

This would come under the form of a expanded access or compassionate use programme.

Such programmes also provide a way for patients who didn’t participate in, or weren’t qualified for, the clinical trials and can’t afford the drugs to gain access to these treatments.

For example, it is possible for Malaysian patients with spinal muscular atrophy (SMA) to obtain two of the three treatments available for this rare genetic disease through such programmes.

For the genetic therapy onasemnogene abeparvovec-xioi, there is an access programme that is open to patients worldwide.

A spokesperson from Swiss-American pharmaceutical corporation Novartis, which produces the drug, shares: “In early 2020, we launched a global Managed Access Programme (MAP) – the first for a one-time gene therapy – to make onasemnogene abeparvovec-xioi available to eligible patients with SMA, who are under the age of two, in countries where the therapy has not received regulatory approval.

“Since introducing the global MAP, we are honoured to have provided free access to this life-changing therapy to SMA families across nearly every continent – Africa, Asia, Australia, Europe, North America and South America – spanning over 25 countries to date.”

Eligible SMA patients can have their names submitted to the programme through their doctor.

The patients are then selected at random to receive the treatment.

Up to 100 doses per year have been made available since the start of the programme, with six Malaysian toddlers to date being lucky enough to have been picked to receive the therapy.

The other SMA treatment available to Malaysians through such a programme is risdiplam.

Roche Malaysia general manager Deepti Saraf shares that while the Swiss healthcare company, which markets risdiplam, was going through the registration process for the drug with the National Pharmaceutical Regulatory Agency (NPRA), they first initiated a compassionate use programme.

“Early on in the journey, we realised the unmet needs and the urgency associated with some of the patients with SMA.

“So we also came up with a compassionate use programme, whereby on a first-come-first-serve basis, we were able to offer patients free treatment with the drug.”

The caveat was that once risdiplam was approved, they could not continue enrolment for the programme.

Risdiplam was approved by the NPRA last June (2022).

However, Deepti assures that the 11 Malaysian children who were enrolled in the programme will continue receiving their treatment for free until a sustainable funding solution is found for them.

Although current SMA patients in Malaysia do not have a way to get risdiplam for free, Roche does have a patient assistance programme to help ease their financial burden.

“We have a programme called the Roche Patient Assistance Programme that can be accessed by any patient who is prescribed (risdiplam) by a registered, practising Malaysian physician.

“And the programme is basically designed to offer support financially, so patients who buy two bottles of our drug, get one bottle free along with it.

“So it helps to maintain the sustainability for the patient,” she says. 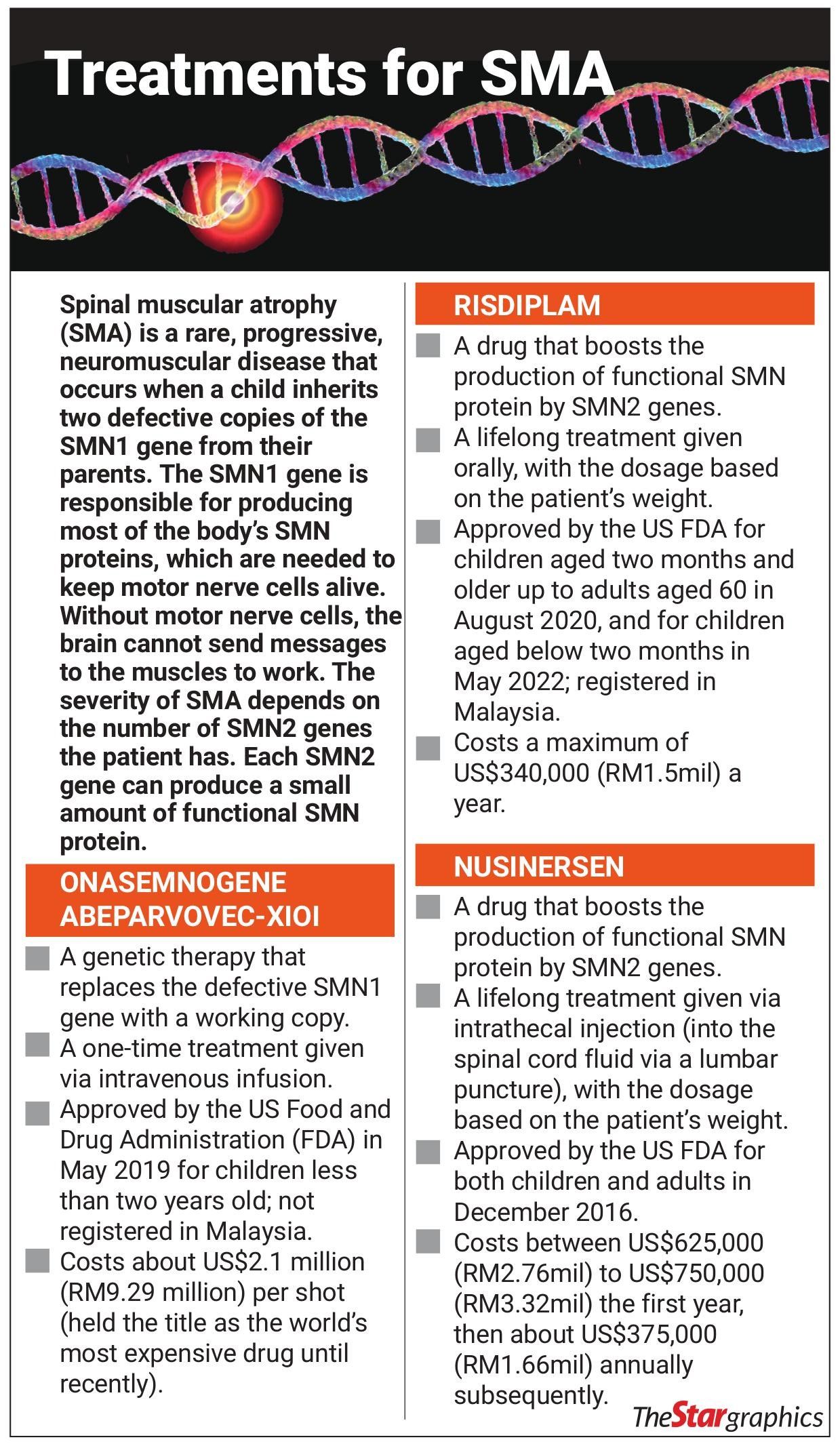 Unlike onasemnogene abeparvovec-xioi and risdiplam, the access programme in Malaysia for the third treatment currently available for SMA, nusinersen, is not run by the pharmaceutical company that markets it.

Instead, the programme, which just begun recently, is coordinated by healthcare access company Axios International, which is headquartered in Dublin, Ireland.

Co-founder and chief executive officer Dr Joseph Saba explains: “Expanded access programmes (by pharmaceutical companies) are usually after the clinical trial and before registration (of the drug).

“Once the product is registered, then usually, they stop the expanded access programme – this is where we come in.”

Nusinersen has already been approved by the NPRA for Malaysia.

He shares that once a doctor diagnoses a patient and decides to prescribe them the treatment, the doctor will then refer the patient to Axios.

The company will evaluate the patient, including their financial situation to see what they can afford to pay for the treatment – one key element of Axios’ programmes is that the patient or their family must pay part of the cost, although the amount depends on their financial capability.

Axios will then speak to the relevant pharmaceutical company to discuss defraying the remainder of the cost.

Dr Saba adds that the company may also coordinate with third parties like charities to help subsidise part of the cost.

Aside from the financial aspect, Axios will evaluate the patient on their willingness and ability to take the medicine as prescribed.

“For adherence, or following the treatment, we can say, ‘Ok, it is prescribed, you take it as needed’, but there is a lot of apprehension from patients.

“There are a lot of difficulties sometimes in coping with the disease that end up with the patient stopping the treatment,” he shares.

This is also why a key part of the process for the company is following the patient along their treatment journey.

“That follow-up is very important to ensure that they get proper treatment and they maximise the medical benefit,” he says.

For the nusinersen programme in Malaysia, Axios is collaborating with local SMA non-profit organisation WeCareJourney.

The NGO will help identify SMA patients who can benefit from the programme, as well as work with Axios in providing support for them.

Both Roche and Novartis acknowledge that solutions for sustainable access to rare disease drugs like the ones for SMA, need to be found. 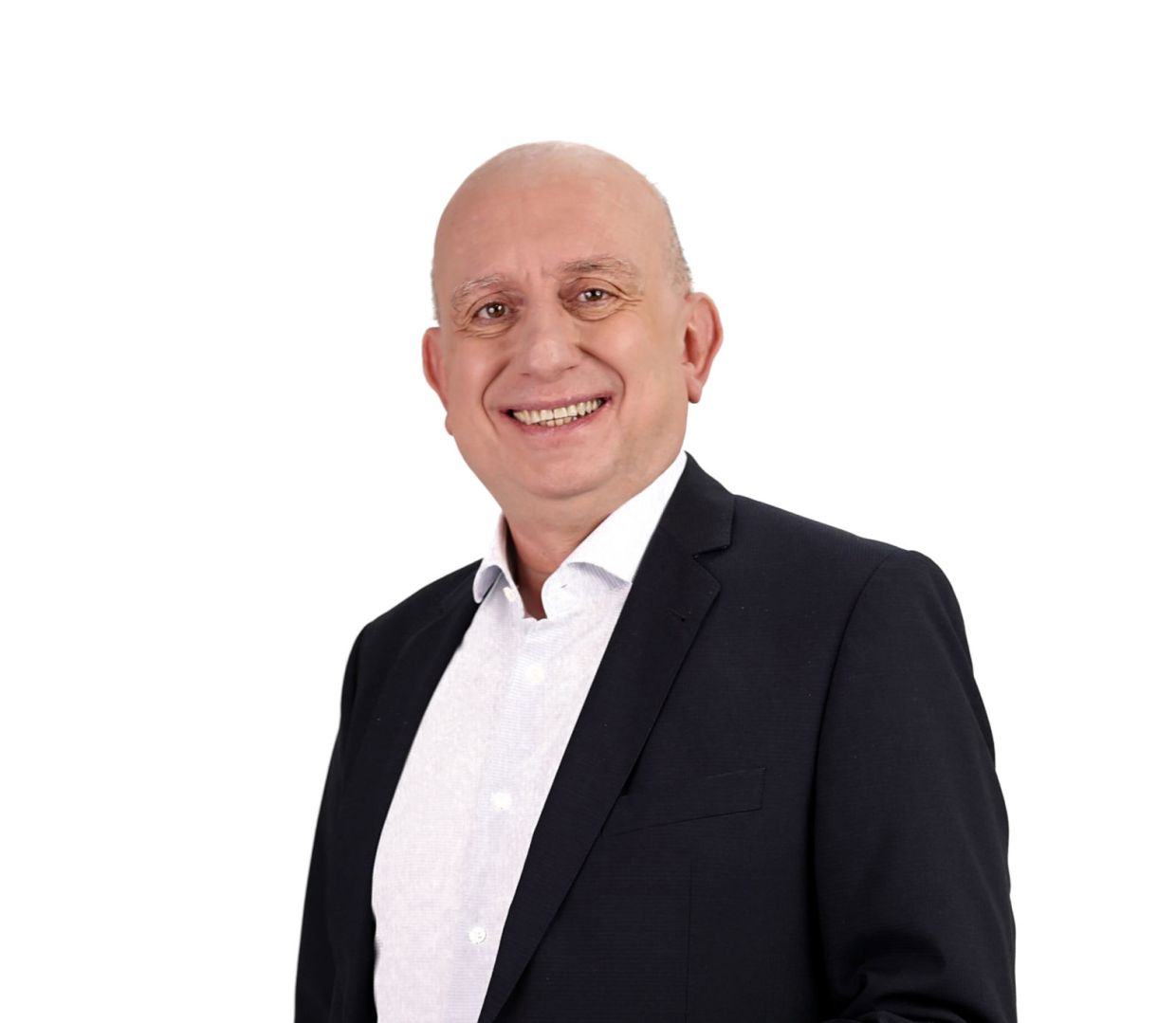 Dr Saba shares that Axios is continuing to look into various mechanisms to help subsidise patient treatment, including crowdfunding. — Axios

Deepti shares that for Roche, part of this involves supporting patient advocacy groups for SMA.

In addition, the company has been working with the Government on the establishment of the Rare Disease Trust Fund.

“It’s in its early stages, but this trust fund is an alternative way of funding the patients,” she says.

She explains that Roche’s role is a supportive one, which includes sharing best practices from other countries and highlighting the various factors and considerations that need to be taken into account while setting up and running such a fund, based on the company’s multinational experience.

Meanwhile, the Novartis spokesperson says: “The key piece that we need to solve – no matter the country – is finding sustainable access solutions for transformative gene therapies like onasemnogene abeparvovec-xioi within healthcare systems at large.”

They add: “We also believe it is imperative that the price reflects the transformative nature and benefit of our gene therapy, as well as the long-term value it provides, but also takes into account income levels, local affordability barriers and economic realities to help improve the affordability of our medicines.

“It is Novartis’ belief that it is a shared responsibility of all healthcare stakeholders to help bridge the divide between those with access to critical healthcare innovations, and those without.

“We need to play our part in that work. Our goal is to find a sustainable access solution for patients in need, agnostic of which type of system we are working in.”

According to Dr Saba, the patient wins as they are able to get treated in a sustainable way, the doctor wins as they can provide the best care for their patient, and Axios wins as everyone else wins.

“You know, when we started Axios, the pharmaceuticals were like, Ah, we donate; we do donations.

“That’s very nice, but it’s not sustainable – one day, it will stop, and if the patient has to take the treatment for life, it shouldn’t stop.

“So we want, from that angle, for the pharmaceutical to do it in a financially-sustainable way.”

This article is part of the third package of a short series written as part of the US National Press Foundation’s 2022 Covering Rare Diseases: Journalism Fellowship & Global Reporting Grant. The next article will be published this Sunday (Jan 15, 2023) in StarHealth.

Treatments for SMA are available, but unaffordable for most Malaysians

One couple's fight to get treatment for their son with SMA

Treatment is not a cure for patients with SMA 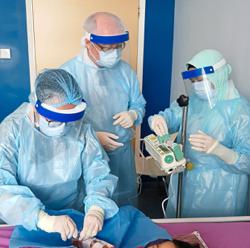 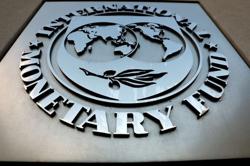