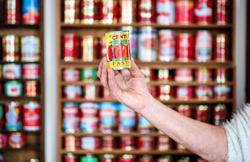 It's a simple and easy concept that can be understood at one glance: green is for healthy, with yellow to red being more and more unhealthy. — dpa

Head to a supermarket in many European countries and you'll find a growing number of food products have started slapping traffic light ratings on their packaging to clearly show how healthy they are.

Green with score "A".

The simple traffic light labels, adopted by many manufacturers in France, Germany and Spain, is a voluntary measure, but recommended by many governments in Western European countries.

Researchers have now found the the so-called Nutri-Score label contributes to a healthier diet for consumers by helping them to easily spot which foods are sugary.

Scientists at the German University of Göttingen reported in study in the scientific journal PLOS One that the voluntary product label in Germany helps counteract misleading marketing claims about sugar.

Companies often give the impression that products are healthier than they actually are (with statements such as "no added sugar" or "30% less sugar"), writes the team led by Dr Kristin Jürkenbeck from the university's Chair of Marketing for Food and Agricultural Products.

"Such nutrition claims can lead to false assumptions about the healthiness of foods and can lead to health-halo effects," the authors write.

"As a result, food products can be perceived as healthy, even though they are not."

However, the Nutri-Score helps consumers to recognise that these misleading statements don't mean their sugar intake is healthy.

The Nutri-Score evaluates the amount of sugar, fat, salt, fibre, protein or fruit and vegetable content per 100 grammes.

The total value formed from this is shown on a five-point scale: from "A" on a dark green field for the most favourable balance, to a yellow "C" and a red "E" for the least favourable.

For the study, participants were shown three different commercial-like products online: a ready-to-drink cappuccino, a chocolate muesli and an oat drink.

These were each printed differently with either the Nutri-Score label or sugar messages as used by companies.

The participants rated products with company claims of reduced sugar content as healthier than they actually were.

High sugar consumption can increase the risk of obesity and other diseases, the authors emphasise.

They therefore call for restrictions on misleading sugar claims and say if companies continue to make such claims on their products, the Nutri-Score should become mandatory.

The product label, which is similar to the energy rating labels on household appliance sold in the EU, is increasingly being used in various European countries and has become voluntary in France, Belgium, Spain and Germany in recent years. – By Maurice Arndt/dpa

Could cola be making you dumb? A study says yes

Rainwater unsafe to drink due to toxic chemicals, study says 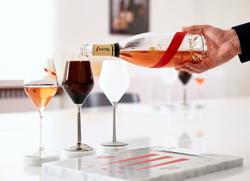 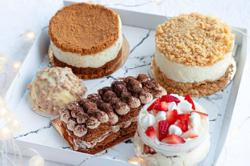 Detecting lung cancer early, even without symptoms
Checking if that tomato paste can still be eaten
Nordic walking is good exercise even if you have joint or bone issues
Online marketing pushes unhealthy feeding of children
When puberty strikes too early
No best diet for young children with diabetes
Why do babies spit up?
Weight loss is not the only benefit of bariatric surgery
Drugs for cholesterol and diabetes also help reduce this eye condition
Can Malaysia meet its goals when it comes to diabetes? It could be challenging