The benefits and risks of eating soya products 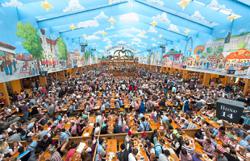 Soya bean products, like tofu, have long been an essential part of vegetarian and vegan diets, as they are a great substitute for animal protein. — dpa

Soya has long been an essential part of vegetarian and vegan diets.

A great source of protein, soya beans also contain other healthy constituents like magnesium and iron.

However, some fear high consumption can affect thyroid function.

We’ve taken a closer look at this hotly-debated food.

Whether in their natural form or processed into tofu or milk, soya beans have become an integral part of vegetarian and vegan diets.

Growing numbers of soya-based meat and milk alternatives have popped up in supermarkets in recent years.

A member of the legume family, soya beans are known for their high-protein content: about 40% in dried beans and about 11% in ready-to-eat soya products, according to Germany’s Federal Centre for Nutrition (BZfE).

Soya beans are packed with many other healthy constituents besides protein.

Among them are vitamin B, minerals such as magnesium, trace elements such as iron, and unsaturated fatty acids, including omega-3 fatty acids.

But they also contain compounds that nutritionists have some reservations about, such as isoflavones.

A type of phyto-oestrogen, isoflavones occur naturally in plants, including soya, and are similar to oestrogens in humans – the primary female sex hormones.

For this reason, they’re suspected of having a “hormone-activating effect”, says Dr Kabisch.

This means that they can bind to oestrogen receptors in the body and set the same processes in motion as oestrogens do.

Does this mean that soya products aren’t as healthy as they’re cracked up to be?

Healthy people who eat normal amounts of soya have nothing to worry about, he says.

Since they help regulate hormone levels, isoflavones are “very probably harmless, and perhaps even useful”.

Long-term studies in Asia, where soya beans have been an essential part of diets far longer than in the West, support this assessment.

Isoflavones are also found in other legumes such as chickpeas, lentils and beans, although in lesser amounts.

Soya is also said to affect the thyroid gland.

According to Dr Kabisch, isoflavones are able to block an enzyme in the gland that is responsible for producing active hormones from their inactive precursors.

Inactivation of the enzyme, he says, can lead to hypothyroidism.

However, this effect is very small and not clinically relevant, therefore there is no health risk for healthy people who eat normal amounts of soya products, says the physician.

He also says that when soya beans are processed into tofu, the isoflavone content drops by about 80%.

Nevertheless, soya isn’t suitable for everyone.

People with a hormone-related disease such as breast cancer or a metabolic disorder should consult a doctor about having it in their diet, says Nicole Schlaeger, nutrition expert at the consumer advice centre of the German state of North Rhine Westphalia.

Her general recommendation is not to replace dairy products and meat solely with soya products, but to practice variety, e.g. by drinking oat milk or almond milk instead of soy milk on occasion, preferably enriched with calcium.

Most nutritionists also warn that soya milk isn’t suitable for babies and young children because it’s lower in calcium than cow’s milk, and its interactions with other hormones remains unclear.

The same goes for pregnant women and nursing mothers.

Allergy sufferers too, should be careful in regard to soya, as well as other legumes.

People allergic to birch pollen, for instance, could also have an allergic reaction to soya, Schlaeger points out.

Soya isn’t only an important food.

The hormonal effects of its isoflavones are utilised in dietary supplements to help women manage menopause symptoms.

The dosages of isoflavones in supplements are between 40mg and 5,000mg, according to Dr Kabisch, which are often far higher than daily intake from natural sources (1-3mg in Western Europe).

This can increase the risk of hormonal side effects, the expert warns.

So, women with a tendency towards thyroid problems should consult their doctor before using such supplements. – By Brigitte Mellert/dpa

No one diet is suitable for all

Want milk that isn’t actually milk (from an animal)? 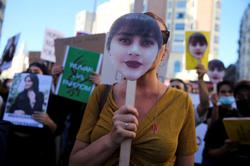 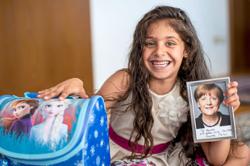 Mental health burden of workers worries WHO and ILO
These nutrients may help to combat depression
A robotic assistant for joint replacement surgery
New cystic fibrosis pill greatly improves patients' quality of life
The advantages of sperm teaming up to get to the egg
Facing an empty nest? Here's how to enjoy it
Those LED street lamps may be disturbing your sleep
How to handle conflicts with your teen
Could drinking tea lower your risk of type 2 diabetes?
Osteoporosis: When there are holes in my bones