Vapers have an increased risk of developing asthma 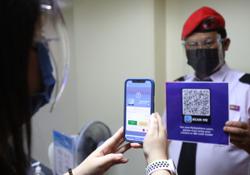 Vapers have about a one in five chance of developing asthma or triggering an asthma attack. — AFP

While e-cigarettes are often presented as less harmful than smoking the classic versions, they are still bad for your health.

Already criticised for harmful effects on respiratory outcomes, e-cigarettes could multiply the risk of developing asthma and asthma attacks.

A study by researchers from the American Thoracic Society, has linked adolescents and young adults’ vaping habits with the development of asthma.

The scientists used data from the Canadian Community Health Survey (CCHS), conducted between 2015 and 2016.

The study was based on 17,190 participants, aged 12 years or older, who took part in the CCHS.

Of these, only 3.1% reported using an e-cigarette in the past 30 days.

For the vapers, the researchers noted a 19% increased risk of suffering from asthma, while current and former smokers had 20% and 33% increased risks respectively.

Finally, individuals who had never smoked or used e-cigarettes had no significant association with increased asthma risk.

Fifteen percent of those who used e-cigarettes said they rated their mental health as “fair” or “poor”, compared to 7% of the people not using e-cigarettes.

The researchers noted that they had a 60% chance of experiencing high stress, compared to non-vapers.

“While vaping may not cause stress, it appears that vape cravings may be triggered by stress and anxiety, making it harder for the e-cigarette user to quit,” explained Dr Teresa To in a press release.

“Our findings suggest that e-cigarette use is a modifiable risk factor for asthma to be considered in the primary care of youth and young adults,” she added. – AFP Relaxnews

A third of asthma cases misdiagnosed 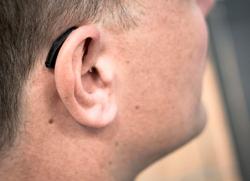 The digital healthcare generation gap in Malaysia
After battling Covid-19 in a district hospital, this surgeon gets to go home Premium
Keeping children safe and healthy in the water
Report: Third dose not needed for now
Herd immunity for Covid-19 is unlikely to be achieved
When to self-test for Covid-19 and preparing to quarantine
Resonating With Malaysian Lifestyles
Air quality improved, then deteriorated again
Cuba first to vaccinate toddlers against Covid-19
Hearing loss in older adults may trigger depression