Here's why you're getting a headache from exercising

When the going gets tough and you want to give your all, there’s a tendency to clench your jaw and hold your breath. — Photos: 123rf.com

Doing vigorous exercises, or changing or starting an exercise routine, can result in muscle soreness.

When muscles are required to work harder than they’re used to or in a different way, they are put under stress.

This leads to microscopic tears of the muscle fibres, resulting in muscle soreness or stiffness.

You may not feel the effects immediately, but the “Ow!” and “Ouch!” will start kicking in a day or two later, and can last up to four or five days.

Suddenly, your body is aching so much all over that you can hardly get up from the toilet seat or lift your arms up.

This delayed onset muscle soreness (DOMS) happens to all of us, even elite athletes who shake up their routines.

You might also feel nauseous and ill during this time.

But have you ever experienced a sore head, i.e. a headache during or after a workout (for non-migraine sufferers)?

If you haven’t, congratulations, you’re doing everything right, or just plain lucky.

Exercise-induced headaches are actually quite common, especially after a strenuous workout, and there are a few possible reasons for this.

In a 2012 online study of 4,000 cyclists published in the journal Headache, 37% of those surveyed reported having at least one exercise-induced headache per month.

Exercise headaches manifest as pulsating pain that occurs on both sides of the head and can last anywhere from five minutes to 48 hours, according to a review of headache types published in the journal Current Pain and Headache Reports.

Exercise increases oxygen demand in the muscles and the brain, causing increased blood flow to those areas to satisfy that demand.

While blood vessels in the relevant area usually dilate to accommodate the higher volume of blood, they may not be able to do so fast enough if the oxygen demand shoots up suddenly when a workout begins (especially when there is inadequate warm-up).

This may result in increased pressure in the brain’s blood vessels, which can cause a headache.

It’s unclear why some people are affected by the increase in blood flow differently than others.

But warming up before exercising is crucial as it helps to slowly widen the blood vessels, preparing them for higher blood flow, thus reducing the risk of a headache.

So do spend at least 10 to 15 minutes on warming up to give your blood vessels a chance to acclimatise.

Also, time your workout so that you hit your peak intensity during the second half of training to ensure that your blood vessels are fully widened by the time you’re going hard, and thus, can accommodate the increased blood flow without triggering a headache.

The culprit is almost always the placement of the neck.

With rounded or bunched shoulders, there is excessive muscle contraction in the neck – basically, the neck is under stress, which can cause spasms and trigger a headache.

My advice to my students is to always keep the neck in neutral alignment, observing a maximum distance between the ears and the shoulder (i.e. a long neck) to allow the neck to move freely, without constriction.

Holding your breath or improper breathing is another cause for a headache.

When the going gets tough, there’s a tendency to clench your jaw (tensing the neck area), tighten the abdominal muscles and lift the weights.

You’re either holding your breath or inhaling small amounts of air.

There are no physical movements that require you to hold your breath for an extended time, unless you’re practising some yoga breath work.

The standard recommendation during strength training is to exhale on the effort, which means exhaling during the strenuous part and inhaling on the easy phase.

These days, with most of us confined to our homes, virtual fitness classes have sprung up all over.

While these offer a great alternative to keeping fit while staying safe, no one is paying attention to your form and alignment while you work out.

If you’re a seasoned exerciser, you might be able to correct yourself, but not the newbies embarking on their fitness journey.

To follow the class, the mobile phone or laptop is often placed on the floor, meaning you have to tilt your head downwards to follow the moves.

If the device is on the table, you’ll have to adjust the height of the screen accordingly when the routine calls for floor work.

All that manoeuvring and craning of the neck can also cause a headache.

For livestreaming classes, many a time, exercisers prefer to turn their cameras off.

Just last week, I attended a fitness session on Zoom, along with 400-plus individuals.

Less than 30 had their cameras on despite the instructor urging everyone to switch them on so that he can see if they’re doing the exercises correctly! 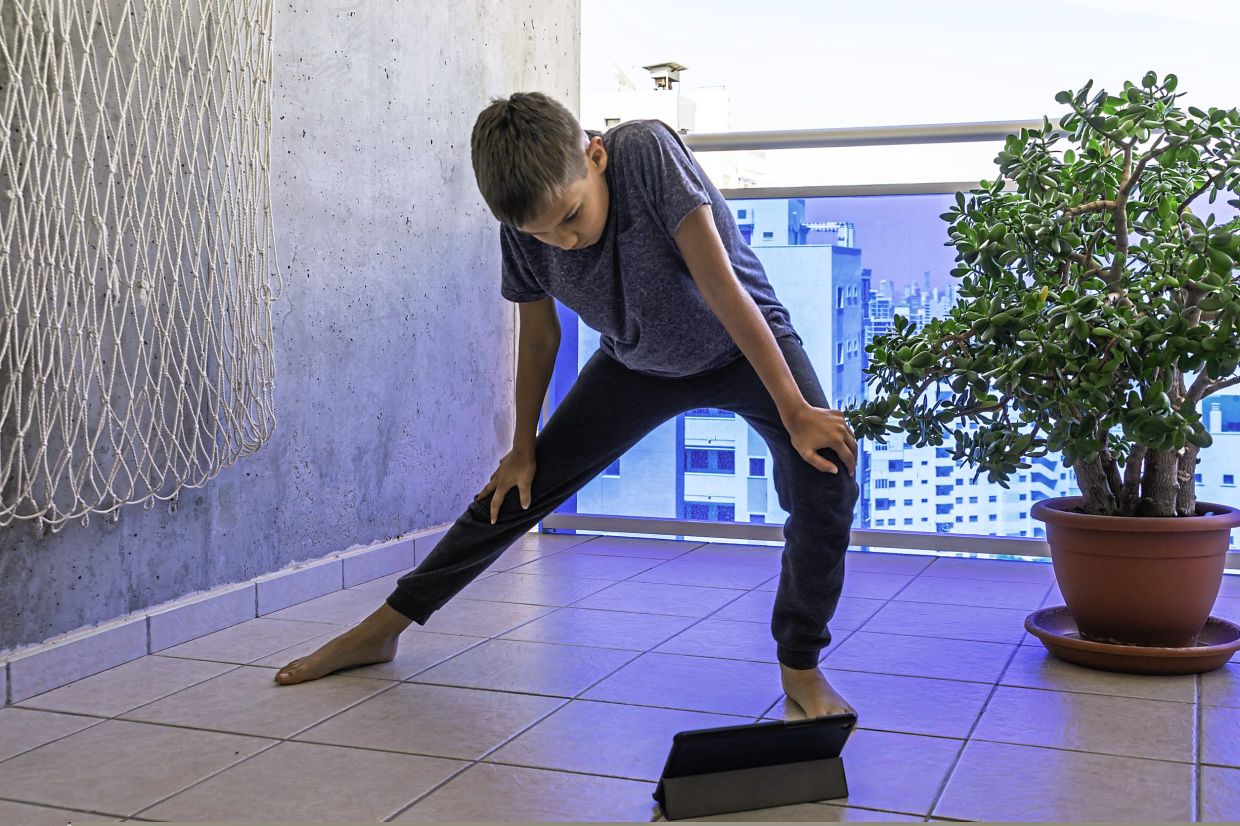 To follow a virtual class, the device is often placed on the floor, causing you to tilt your head downwards and putting a strain on your neck muscles, which can trigger a headache.

Sometimes, if you’ve not been adequately hydrated before your workout, it can also lead to a headache during class.

Many people tell me that they don’t feel thirsty when they’re at work (office).

I suggest setting a 90- or 120-minute timer to remind you to peel your eyes off the computer screen.

While you’re (hopefully) doing this, drink some water as well.

Some people only drink water once they begin exercising, but that means they could be kicking off a workout session slightly dehydrated, which puts them at a higher risk of getting a headache.

Inadequate hydration during a workout can result in a headache after class.

The key is to keep sipping water in between workouts, not guzzle down a litre at one go afterwards.

Fatigue is another headache trigger, and when combined with dehydration, can result in worse pain.

If you’re having late nights that involve less sleep and more alcohol, and you’ve planned for an intense workout, that’s almost guaranteed to start your head pounding.

And if you haven’t eaten the whole day and you’re heading for a workout in the evening, that can also trigger a headache.

Skip the workout, scale back on the intensity or opt for gentle yoga stretching instead.

I’m highly sensitive to certain environmental agents and sudden changes in temperature, although the majority of people can tolerate these well. These changes will immediately ignite a headache.

For example, at the gym I patronise, for group exercise classes in the studio, each member is required to stand in a marked box, which has been drawn up following the standard operating procedures (SOPs) during the recovery, and now conditional, MCO.

Some of these designated boxes are placed below the air-conditioning vent and if I stand at this spot with the cold air blowing on my head as I move, I’ll have an excruciating headache within 15 minutes of class.

Likewise, if the speaker is right behind the box I’m standing in, and the instructor turns the volume up a few notches (some instructors treat their classes like a club – the louder, the better!), I’ll also get a headache.

The same thing happens when I’m exercising under the hot sun in humid weather and step into an air-conditioned area immediately afterwards.

My body isn’t able to regulate the drastic temperature changes despite keeping hydrated, and bang!, another headache rolls in.

If you have the same issue, then, sadly, there isn’t much we can do about it except to adapt to the situation or modify the workouts.

When I feel a headache coming on, I leave the class or area.

Some friends laugh at me while others roll their eyes in annoyance when I tell them I have to get out of that environment speedily before my headache spirals out of control and I have to pop painkillers or put ice packs on my forehead.

Do note however, that your headache should be a cause for concern if you get it every time during or after exercise, it is severe and sudden, it is accompanied by confusion or fainting, and/or it lasts more than two days.

These red flags should prompt you to seek medical attention immediately.

How to plank properly (and no, longer is not better) 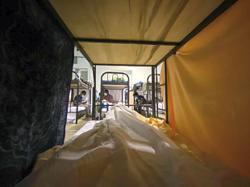 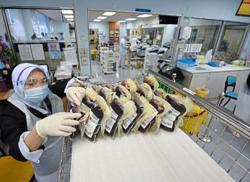