“Diabesity” categorises the phenomenon of individuals who live simultaneously with obesity and diabetes.

High consumption of energy-dense foods, coupled with a lack of physical activity, are the contributing factors to the increased obesity and overweight statistics in Malaysia.

This means that half of Malaysian adults (50.1%) as of last year were either overweight, or obese.

People with obesity are at risk of developing non-communicable diseases such as cardiovascular diseases (heart attack or stroke) and certain cancers.

One of the biggest problems linked with obesity is diabetes, and many Malaysians are stuck in a vicious cycle where rising obesity rates are contributing to the increasing prevalence of diabetes in the nation.

In fact, the term “diabesity” is used to categorise the phenomenon of individuals who live simultaneously with obesity and diabetes.

The key factor in treating type 2 diabetes is by keeping blood glucose levels as close to normal as possible.

However, for individuals with obesity, this might pose a challenge for them as managing Type 2 diabetes requires continuous monitoring.

Hence, the International Diabetes Federation released a statement in 2011 to consider bariatric surgery as an early treatment in managing diabetes for obese patients, and not as a last resort. Dr Pok says bariatric surgery has become the most popular treatment in treating obesity and diabetes in the country.

He states, “A total of 5,970 cases of bariatric surgery have been performed in Malaysia from 1996 to 2019. This shows that people are becoming more aware of this surgery as an option.”

Dr Pok notes that it is common for patients to get confused between bariatric surgery and metabolic surgery.

He says, “If they want to treat obesity, doctors usually call it ‘bariatric surgery’. However, if they want to treat diabetes, doctors will usually use the term ‘metabolic surgery’. It is a misconception. These two procedures are almost similar, but it depends on the severity of the condition. Doctors can choose the type of procedure to be performed depending on what is suitable for the patient.”

In addition, Dr Pok explains that there are two types of bariatric surgery which are typically performed in Malaysia known as sleeve gastrectomy and Roux-en-Y – more commonly called a gastric bypass. 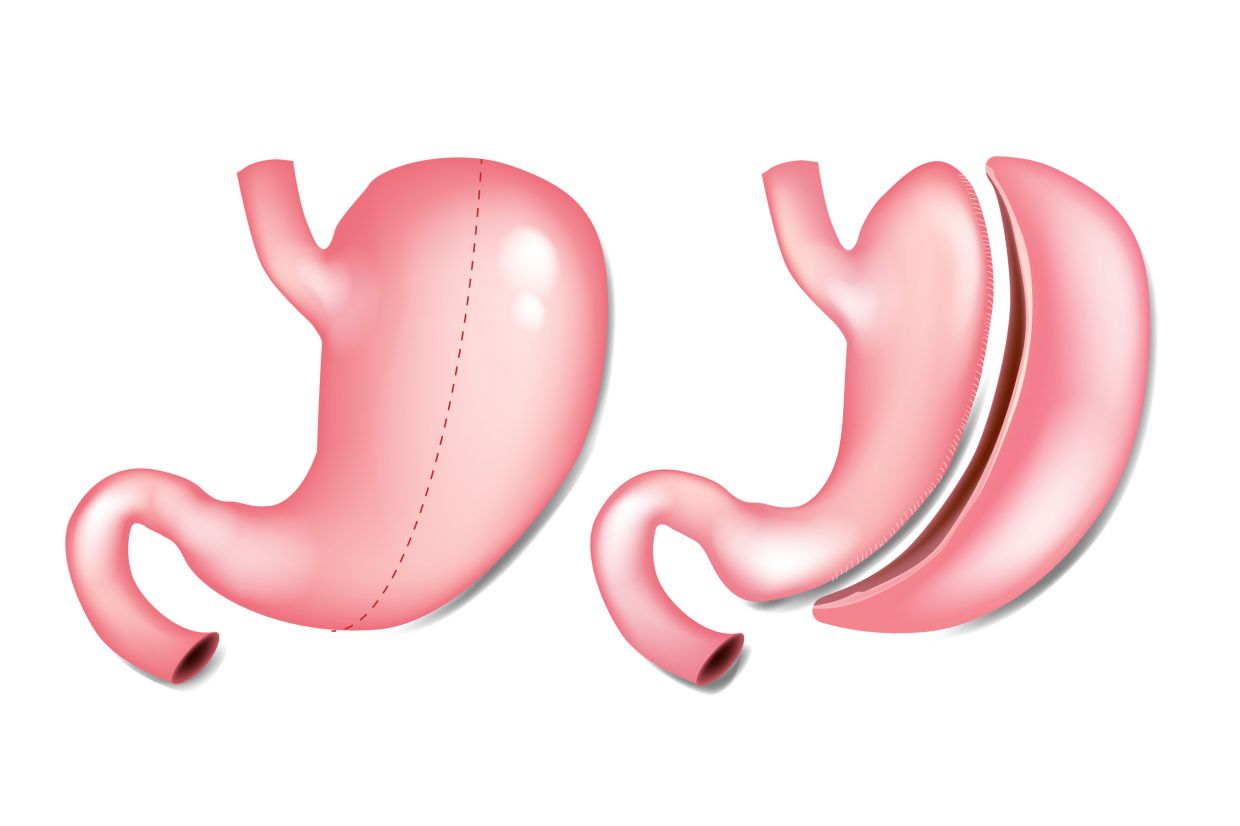 Sleeve gastrectomy is a procedure where 80% of the stomach would be cut.

“Sleeve gastrectomy is a procedure where 80% of the stomach would be cut so it becomes smaller. This will make patients eat and drink less, and feel full faster. Another procedure is the gastric bypass where it reduces the volume of the stomach and creates a bypass from the stomach to the upper part of the small intestine, so the body absorbs fewer calories. This treatment is suitable for very obese patients or patients who can barely manage their diabetes.

”Compared to other diabetes treatments such as taking medication and making lifestyle changes, the bariatric surgery is a very viable option for obese patients, according to Dr Pok. He says, “The cause of obesity is not just a failure of self-control, it can be attributed to genetic problems and environmental conditions. So, it is very difficult to treat it by just exercising or going on a diet.”

Dr Pok states that patients who have gone through bariatric surgery can manage their diabetes better compared to those who are on medication.

They would also show improvement in other health aspects such as cholesterol levels, hypertension, fatty liver, sleep apnoea and other obesity-related disorders. He adds that the chances of cancer occurring are lowered as well.

“Obesity has been linked to more than 11 cancer diseases. If patients manage to reduce obesity, they are less likely to have certain cancers, and their long-term survival and quality of life are improved, ” he says.Dr Pok acknowledges that another factor to be considered by patients is the cost of treatment between bariatric surgery and the recouping expenses for medications that they would have to consume to tackle any complications further down the line.

Like any other procedure, there are risks involved; however, Dr Pok clarifies that the morbidity and mortality rates associated with bariatric surgery are generally low, and similar to that of well-accepted procedures such as elective gall bladder or gallstone surgery.

“The only thing a patient needs to do after the surgery is to maintain a healthy lifestyle. Follow the diet suggested by the dietitian and exercise to get the maximum beneficial effects from this surgery, ” he concludes.

Three myths about couples therapy
Are you or someone you know a sociopath?
A centenarian tells the tale of two pandemics
New treatments, including for reversing diabetes, in updated guideline Premium
This procedure is often overlooked when treating arthritis
Urine test for womb cancer in the works
Milo Ups Its Green Game
These dangerous invisible gases might be building up in your home
Should spreading vaccine misinformation be a crime?
Should I worry about the side effects of the Covid-19 vaccine?