The race for a Covid-19 vaccine is on 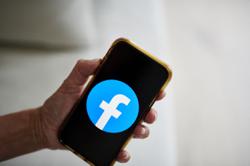 An engineer looks at monkey kidney cells he is testing with an experimental vaccine for the SARS-CoV-2 virus – one of five approved for clinical trials in China. — AFP

The recent emergence of a new coronavirus named SARS-CoV-2, which caused the Covid-19 pandemic on a global scale, has exacted fatalities surpassing its predecessor SARS-CoV-1, which caused the 2002/2003 SARS (severe acute respiratory syndrome) outbreak.

This pandemic is by far the largest since the 1918 Spanish flu pandemic that killed an estimated 50 million people.

As early as weeks after its outbreak in Wuhan, China, scientists around the world were racing at breakneck speed to look for a cure.

Old drugs like hydroxychloroquine, used to treat malaria, were being tested, with some claiming its effectiveness.

Others like antivirals lopinavir/ritonavir (for HIV treatment) and remdesivir (originally developed for Ebola) were rebranded as treatments for severe Covid-19 patients.

While there have been early claims of some success on their off-label compassionate use, we await the verdicts from the hundreds of clinical trials that are currently going on around the world using those antivirals and other agents in the treatment of Covid-19.

Ultimately, prevention by vaccination against the SARS-CoV-2 virus is always better than cure.

Traditionally, the development of a vaccine from exploratory stage to proof of concept, animal studies, human clinical trials, regulatory submission, approval, and finally becoming accessible to the public, takes between 10 to 15 years.

There has been optimism that a new Covid-19 vaccine may become available as soon as September 2021.

Both these viruses belong to the same coronavirus family as SARS-CoV-2, sharing approximately 80% similarity in genetic makeup.

Advancement in molecular technology has also enabled scientists to “synthesise” parts of the SARS-CoV 2 virus, based on the whole genome sequence made public by Chinese scientists just weeks after its discovery.

This will allow vaccine production to be carried out safely and quickly on a large scale, as opposed to the traditional method of using a weakened form of the virus through culturing, harvesting and purification processes, which takes months.

The development of the Covid-19 vaccine is also speeded up because some of the steps in its development can be run in parallel, e.g. animal and human studies.

Unprecedented collaboration between rival vaccine manufacturers has enabled scientists to pool their knowledge, expertise and experience in an effort to cross the finishing line.

All these have given rise to a sense of euphoria or “Eureka”, prompting some countries to make a pact with prospective vaccine manufacturers to be given priority for access to the vaccine.

While the timeline for vaccine development may be shortened, access by the public to the vaccine may be delayed, pending several key questions that need to be addressed and overcome.

Vaccine safety is by far the most important issue at stake, as the vaccine must not and cannot be allowed to cause the disease it is intended to prevent against.

The main safety concern among researchers is to avoid “disease enhancement”, where it is thought that the antibodies produced through vaccination result in a more severe form of the disease when a previously non-infected individual subsequently comes down with it.

This phenomenon is thought to be the cause of severe dengue fever in someone who gets infected a second time with a different strain of the dengue virus from the first infection.

What kind of immune response is needed then?

Most vaccines are developed to produce antibodies that neutralise the invading bacteria/virus before it can invade the body’s cells.

Other vaccines train the body’s lymphocytes to become killer cells that recognise the enemy and destroy it in its path – a search and destroy strategy.

Obviously, a vaccine that can launch a two-pronged attack like that is ideal.

Early Covid-19 candidate vaccines have shown that the human body is able to produce antibodies directed against specific components of the virus.

Even so, scientists are still trying to answer “What is the correlate of protection for SARS-CoV-2?”, i.e. how much will these antibodies protect against the SARS-CoV-2 virus.

Will inducing the immune system to produce antibodies directed against the spike proteins on the “crowns” of this coronavirus be adequate?

Or do you need the killer lymphocytes to co-operate to destroy the entire coronavirus before it can cause disease?

Will immunity and its durability be able to be conferred through vaccination?

Animal studies in the laboratory seemed to show that these animals do not get reinfected when exposed to the virus for a second time.

It is assumed that humans who have recovered from Covid-19 are immune and protected from reinfection.

However, researchers are still searching for evidence that humans will indeed not be reinfected a second time.

Numerous reports from various countries ‑ China in particular, where a recovered patient got reinfected ‑ have cast doubt about protective immunity.

How long will such immunity last is yet another unknown, which will only be known years after the vaccine is administered.

Indeed, will the final product work? As the saying goes, “The proof of the pudding is in its eating.”

Vaccines go into human trials after a series of very rigorous tests for safety and effectiveness in animals.

In the haste to put a Covid-19 vaccine on the market speedily, some vaccines are being tested in animals and humans simultaneously, at least in Phase I trials.

Vaccinated animals will be exposed to the virus to see whether they are protected.

It may be oversimplistic to assume that if a vaccine works in animals, it will work in humans.

Until scientists learn more about the behaviour of the virus and its route of infection from both animal and human studies, it will be some time before we can be certain which vaccines work before they hit the market.

Assuming that a vaccine does get regulatory approval and is registered for its intended use, there is no guarantee that less developed countries will be able to afford and have access to the vaccine.

Even now, certain more powerful and rich nations have an understanding with potential vaccine manufacturers to have exclusive rights to the first vaccines, which will likely culminate in an artificial global vaccine shortage.

The vaccine will also likely to be at a cost beyond the reach of many poor underdeveloped or developing nations.

If all this appears to be a gloomy forecast for many of us, fret not.

We all have at our disposal our very own Covid-19 vaccine: staying healthy, practising social distancing, wearing face masks whenever possible, frequent diligent and obsessive handwashing, and avoiding crowded public places.

Dr Koh Mia Tuang is a visiting consultant paediatrician with a subspeciality in paediatric infectious diseases at the Universiti of Malaya Medical Centre. He has had vast experience conducting global clinical trials for various new vaccines and anti-microbial drugs. For more information, email starhealth@thestar.com.my. The information provided is for educational purposes only and should not be considered as medical advice. The Star does not give any warranty on accuracy, completeness, functionality, usefulness or other assurances as to the content appearing in this column. The Star disclaims all responsibility for any losses, damage to property or personal injury suffered directly or indirectly from reliance on such information.

Speeding up a Covid-19 vaccine 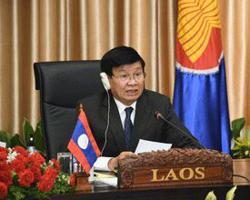 Yes, you can reverse a vasectomy
How to walk the right way
Four diseases that can affect the skin
Current Covid-19 vaccine frontrunners
Four ways to instantly relax
Why did my IUI fail? Premium
Tips to help make cooking at home a simpler task
Using blockchain technology for secure data exchange in healthcare
Tackling teenage misconceptions and misinformation about HIV
The Choice Of Vitamin C For Today’s Lifestyle