Having a heart attack? Get a primary angioplasty

Angiogram stills of a heart attack patient’s right coronary artery before (top) and after an angioplasty that treated the blocked artery. — DR TIMOTHY WATSON

An older man suddenly clutches at his chest, his face set in a grimace of pain. He reaches out for support, maybe falls to the ground.

Most of us witnessing this are likely to leap to the conclusion that this man is having a heart attack, and we probably would not be wrong.

Many of us – inured by depictions on television and cinema – are used to this dramatic presentation of what happens when part of our heart muscle dies due to lack of blood supply.

However, consultant cardiologist Dr Timothy Watson notes that Asians tend to present a bit differently when they have a heart attack.

“From the patient’s perspective, what the textbook says is they will get central, crushing chest pain, up to the jaw, down the left arm.

“The reality though is that Asians present differently. It can be profound sweating; sometimes it can be syncope, or sudden collapse,” he says.

The HSC Medical Centre, Kuala Lumpur, medical director explains: “Some of that may be cultural, but it may also be due to the high rate of diabetes (in the region).

“Patients with diabetes can have what we call, silent heart attacks, where they don’t get the same dramatic symptoms.”

While the end result may seem sudden, a heart attack is usually really an event that is years in the making.

Says Dr Watson: “Various things can cause a heart attack.

“The primary cause though, is the heart’s blood supply developing a cholesterol build-up.

“And that cholesterol build-up, called artherosclerosis, forms plaques within the heart’s blood supply, and over time, those can erode.

“When the plaques erode, exposing the cholesterol to the blood – they mix together, but they don’t mix together very well, resulting in the formation of blood clots.

“And those blood clots grow, and they suddenly occlude (block) the heart’s blood supply, causing a heart attack.”

The result of that, he says, is that the heart muscle supplied by that particular blood vessel is deprived of oxygen and nutrients.

Most people have three main arteries serving the heart muscles, along with their various sub-branches. “It only takes one branch to block to cause a heart attack,” he explains.

“So the heart muscle starts to suffer – it generates some pain, it contracts less well – and if that process occurs for more than a few minutes, you start to damage the heart cells – the myocytes – causing an infarction.”

An infarction means the death of cells or tissues due to blockage of their blood supply. A heart attack is medically known as a myocardial infarction.

Dr Watson poses for a photo in his hospital’s cardiac catheterisation lab. He emphasises that heart attack patients need to come in as early as possible for treatment, as after 12 hours, damage to the heart muscle is almost complete and the efficacy of treatment is dramatically reduced.

This is why it is crucial to get medical care as soon as possible once a heart attack has started.

According to Dr Watson, about 100 years ago, medical professionals could already recognise a heart attack, but there was no treatment for it. Patients were just put to bed and fate would take its course.

Then, about the 1950s, things started to improve.

“We recognised that complications of heart attacks include heart rhythm disturbances, and that they were often fatal.

“Around that time, we developed the defibrillator – big box of tricks that shocks the heart – and we developed coronary care units (CCUs),” he says.

These developments went hand-in-hand. The CCUs, still in existence today, are specific wards where heart attack patients are placed, which are staffed with cardiac nurses who are able to recognise heart rhythm abnormalities and use the defibrillator to treat them.

“Because outcome for heart rhythm disturbances relate to time – give the shock of electricity (via the defibrillator) very quickly, and you have a very high survival rate.

Over the following 50 years, research found that aspirin could “thin” the blood and that streptokinase could break down blood clots.

“In the early 1980s, we did trials testing aspirin and testing streptokinase in people that presented in hospitals with big heart attacks,” he explains.

Those trials showed that both aspirin and streptokinase individually improved survival rates, but given together, their effects were even better.

“So, that quickly became the standard of care for the large, Stemi (ST-elevation myocardial infarction) heart attacks,” he says.

However, there was a risk of increased bleeding when taking streptokinase, which could be fatal if it occurred in the head, as well as allergies to the drug and low blood pressure (hypotension).

Because of this, streptokinase was slowly replaced over the next few years with other clot-busting drugs that had less of its dangerous side effects.

These drugs all come under the category of tissue plasminogen activators (tPAs); their generic names typically ending with the suffix “-plase”.

However, he adds, that about a third of patients fail to respond to tPAs and continue to have a heart attack.

Even in the majority of patients in whom tPAs and streptokinase do work, he explains that the cholesterol plaques that cause the narrowing of the heart, or coronary, artery are still there.

“This is why we moved on to things that are better, which is primary angioplasty.”

Angiogram stills of a heart attack patient’s right coronary artery before (top) and after an angioplasty that treated the blocked artery. — DR TIMOTHY WATSON

An angioplasty is a minimally-invasive procedure using a balloon-tipped catheter to enlarge a narrowing in an artery by blowing up the balloon once it is in place. It is typically used in coronary artery disease to enlarge narrowed coronary arteries.

Primary angioplasty means that the angioplasty is the main treatment given to the patient.

Originally conceptualised as an alternative to coronary bypass surgery, primary angioplasty was shown to have lower rates of death and subsequent heart attacks, as well as decreased risk of bleeding, compared to tPA treatment alone, in the Primary Angioplasty in Myocardial Infarction (Pami) trial published in 1993.

A subsequent study, published in 1999, that followed the patients for two years after their treatment, confirmed these rates held true after two years.

Dr Watson explains the procedure: “In primary angioplasty, the patient comes into the emergency department, they get given aspirin and a secondary blood-thinner tablet, which these days is either clopidogrel or ticagrelor.

“They are then very quickly moved to the cardiac catheter laboratory, where we do a coronary angiogram.

“There we introduce a plastic tube called a catheter, either through the wrist or the groin, and we take it up to the heart and take pictures of the heart’s blood supply with an injected iodine-based dye to see where the occlusion is.”

After that, the cardiologist will pass a very thin wire up to the heart the same way and through the blood clot that is blocking the artery. This wire serves as a means to introduce and guide other equipment to the blockage.

“Over the wire, you then have different strategies you can take.

“You can try and suck out the blood clot. But increasingly, we use a balloon – put a balloon across the blockage, blow it up, and then deflate the balloon and pull it back.

“And usually, that mechanical trauma you have caused to the blood clot is enough to restore blood flow,” he says.

He adds that the cardiologist may also put in a stent directly, but “usually after ballooning, you’d put a stent in anyway, because you’re still left with that residual cholesterol plaque”.

A stent is a tube-shaped device placed in an artery to hold it open and prevent it from narrowing again.

There are a few types of stents, including bare metal stents, which function solely as a scaffold to hold the artery open; bioresorbable stents, which are made of materials that will naturally dissolve after some time; and drug-eluting stents, which contain drugs that help prevent the artery from being blocked again.

Aside from avoiding the side effects of tPA treatment, Dr Watson says that a primary angioplasty has a success rate of about 95%-97%, with very good blood flow restored and a quicker effect, compared to medication.

The trick is that an interventional cardiologist and a cardiac catheterisation team needs to be on standby to do the procedure at any time of the day – something that is not currently practiced in Malaysia as far as Dr Watson knows.

However, he notes that the National Heart Association of Malaysia committee has been pushing for this service to be implemented – “this is something all the cardiologists feel very passionately about”.

The main obstacles, he says, are funding and infrastructure issues, as not all hospitals are equipped with the personnel and equipment to perform angioplasties.

Having a heart attack? Get a primary angioplasty 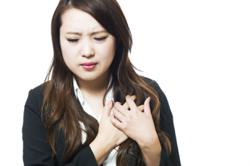 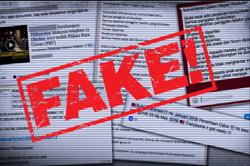