No rest for rehab: Physiotherapy must begin right after an injury 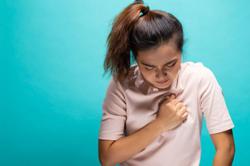 For faster and better recovery, physiotherapy must start immediately after you get injured, regardless of whether you are an athlete or not.

In the past, if you sustained an injury, the medical practitioner would prescribe you a dose of painkillers and muscle relaxants, and ask you to rest the injured area.

Although some doctors continue with this practice, this treatment modality has been shown to be ineffective.

“Rest is disastrous! You’ve got to work on the injured site immediately or it’s going to be difficult to rehabilitate.

Surgery is always the last option, unless you’re a professional athlete who needs to get back to the field quickly.

“Rehabilitation may start a little later with surgery, but it is important in pre- and post-surgery, or the athlete might need to end his career.”

With 34 years of clinical experience in rehabilitation of musculoskeletal disorders, Halén is a much sought-after lecturer in university physiotherapy departments, both in Finland and around the world.

He was recently in Kuala Lumpur to conduct a two-day workshop on Overuse Injuries in Sports, organised by Document Based Centre (DBC) Physiotherapy Centre Malaysia. It addresses other clinical elements like endurance, core stability, co-ordination and balance control.

This is essential for achieving the ultimate goal of freedom from pain and improved function.

Developed in Finland almost 15 years ago, the pre- and post-assessment in DBC includes measuring the affected joint’s range of motion.

Electromyography (EMG) is also used to read and monitor muscle activity. In addition, psychological profiling is carried out.

Studies have shown that more than two years after the completion of the programme, 80% of individuals who remained active after the programme, were not limited by pain in their daily activities or at work.

DBC is also the official supplier to the Liverpool Football Club.

Halén was formerly the regional trainer for DBC International Ltd in South-East Asia.

The Finn’s credentials are impressive, having worked during two Olympic Games (Sydney 2000 and Athens 2004) with the Finnish Olympic team.

At the moment, Halén, 57, is also the physiotherapist for the Finnish national artistic gymnastic team.

“In the early years, physiotherapy was very hands on.

“But, the field has progressed so much and we’ve discovered that warming up on the treadmill and working on strengthening the joint, together with increasing flexibility, are the best methods to overcome injuries.

“I hardly do any manipulation nowadays because we’re more interested in the function rather than the structure.”

In a survey carried out in Finland recently, outcomes show that those in the 11-19 age group were moving 25% less than those in the same age group 25 years ago.

“We’re not created to sit and do nothing. Since the invention of gadgets, we have gone downhill.

“Do you know there is even a touch screen overuse injury?

“People get injured when they try to do exercises without the touch screen!” cringes Halén, rolling his eyes in mock disbelief.

“Before, I used to treat a lot of elderly patients, but now, it’s mostly youngsters, even from primary schools.

“Kids at 12 are getting degenerative discs, which is shocking.”

Very often, our structures are overloaded and result in pain.

As the load transfer is wrong, the spine is overloaded and injuries occur. Or, the locomotive system could be incorrectly applied.

He says, “The majority of spine problems are to do with inadequate lifting.

“We can’t do anything if it is a degenerative joint, but we can give you exercises and tools to handle the problem and lessen the pain.

“Today, we know how the brain functions, so we can coach and update the ‘software’ to rewire the nerves.”

Of course, there are patients who, despite rehabilitation, experience no pain reduction, so Halén tries to condition them into believing that pain is really no big deal.

His method involves telling the patient to tolerate the pain and continue to work on the function.

Something in the brain changes when pain becomes chronic, which explains why some people have a lower threshold of pain.

“My job is to motivate and understand what patients need to do.

“It takes time, but it can be done. In fact, I talk so much that I’m exhausted at the end of the day, even though I don’t use my hands!” says Halén, chuckling.

He shares that tendinopathy is the most common sports overuse injury, especially in the ankle, knee and shoulder areas.

Tendinopathy is actually a broad term encompassing painful conditions occurring in and around tendons in response to overuse. There may be little or no inflammation present in these conditions, but it can be painful.

He also adds that sportsmen and laymen suffer the same injuries; the only difference is that among the latter, it’s a result of underuse.

“As you get older, the tendency is to sustain injuries faster but, recovery is slower, so it’s important to follow through with the rehabilitation,”

Having worked in Singapore for a few years, Halén says he notices a vast difference in patient attitude among the different nationalities.

In Finland, patients are more likely to perform the exercises, but here, people want to be “treated”.

“They want a quick fix because they’re too busy and have no time for physiotherapy.

“With some patients who come for physiotherapy, they don’t return once the pain level decreases. They don’t understand that they have to continue doing the exercises with lesser frequency to maintain the function.

“That’s why it’s so important for the correct information to be relayed. Rest and doing nothing when you’re injured is going to get you nowhere.”