In the F&B world, restaurants come and go with the regularity of the ebb and flow of the tide. In many instances, the dust has barely settled on the opening of a new restaurant before diners are treated to the alarming sight of shuttered doors or worse yet – a new eatery in its stead.

This makes Aliyaa Island Bar and Restaurant something of an albatross, that rare, seemingly endangered eatery that has made it past the 10-year mark. In fact, in direct contrast to conventional wisdom, the popular Sri Lankan restaurant is now celebrating its 12-year anniversary and remains as vaunted as ever.

The restaurant recently updated its menu selection, crafting a range of new Sri Lankan dishes to appease the appetites of a growing number of Malaysians who have travelled to Sri Lanka and now want more from local Sri Lankan fare.

Aliyaa’s new menu now includes an extended selection of Ceylonese fare as well as meal sizes that range from small to big (there was previously only one size option) to cater to two-person meals as well as larger parties.

The menu has also been divided into different sections to give people the option of selecting different varieties of starters, curries, varuvals, and vegetable dishes to reflect a true Sri Lankan meal.

The restaurant has a sleek, charming interior.

“A full Sri Lankan experience involves having a staple like a gravy, a main course, something dry, and something green – so that makes up a few different textures that will give you the full satisfaction of a complete experience,” says Sangeeth Sivagnanam, the group general manager of the Cinnamon Group, which runs Aliyaa.

Start your meal at Aliyaa by trying out some of the new offerings on the menu, all of which have been curated by Sri Lankan native and executive chef Suppaiya Sivaraja, better known as Siva.

To begin with, indulge in a snack like the Point Pedro Vadai (RM6 for six pieces) designed in response to the Malaysian “on-the-way” culture.

“Our average reservation is for six to eight people so whenever guests arrive, they always wait for their friends or family. So we thought of some traditional snacks for people to order while waiting,” says Sangeeth.

Sri Lankan native Siva is the man behind all of A Li Yaa's delicious new creations.

The Nandu Poriyal offers a rather unusual gastronomic odyssey that involves eating whole crabs as is.

The vadai is apparently popular in the eponymous Point Pedro in Jaffna where it is thicker because it is flattened by hand. Here, Siva has flattened the mixture in a pan, resulting in thin, light discs with a texture vaguely reminiscent of pappadum. Flavourwise, the lentil-packed orbs are very robust, although gritty lentil bits will linger longer than you might like on your teeth before finally disappearing down your esophagus.

Next up, indulge in an all-hands-on-deck meal in the form of the Nandu Poriyal (RM24) which is made up of sea crabs marinated overnight in a spice mix that includes curry powder and pepper and then deep-fried so that you can devour it from shell-to-flesh.

The whole idea is to grab it with your hands and take a large bite (don’t worry, no teeth are in danger of fracturing here). The shell yields easily in the mouth, paving the way for crunchy shards that can easily be masticated and swallowed whole. It’s an unusual meal – certainly – but also an easy one to enjoy once you really get into it.

The ribeye porial offers a flavour-packed bowl of goodness.

From the meat options on offer, definitely look at indulging in the Ribeye Porial (market price). Here, premium US beef is cooked with a laundry list of spices in what seems like an act of sacrilege – a prime cut of beef cooked so thoroughly that none of its pink skin is even visible anymore.

But should you make this (erroneous) presumption, you would be missing out on tender, limbre slices of beef coated in a spice mixture that has really done a good job of infiltrating every muscle and fibre of the meat, so you get delicious flavour-saturated morsels.

There is little that can detract from the pure joy of eating the mutton bone varuval.

The Mutton Bone Varuval (RM64 for a big portion) meanwhile, was once a staff meal that has now become a big draw on the updated menu. The dish features a lively collaboration involving tender mutton pieces and bone marrow. Each has a part to play and plays it well – the mutton pieces allow for unencumbered eating while the bone marrow gives diners the additional pleasure of sucking up every last bit of the fat stored in the marrow’s cavities.

Chef Siva’s Special Tiger Prawns (RM28 for 100gm) is a dish that Siva devised on his own. Here, prawns as large as your hand are tossed in a mixture of onions, chillies and tomatoes. It’s a simple meal that celebrates the natural attributes of the prawns and has quickly become a house favourite.

Diners with less iron-clad stomachs will appreciate the milder flavours of the brinjal paal curry.

In keeping with changing times and a growing demand for more vegetable options in restaurants, Aliyaa’s vegetarian selections have expanded with its new menu. So you could opt for a Brinjal Paal Curry (RM16 for a big portion) which sees brinjal boiled and mashed up, and then cooked in coconut milk. It’s a mild, yummy affair that’s well-suited to people looking for something less fiery to include in their meal.

The new menu also includes Puttu Kothu (RM28 for a big vegetarian option). In Sri Lanka, this ensemble was initially devised as a way to make use of leftover puttu (a staple in Sri Lanka made out of ground rice and coconut).

Don't let the humble looks of the puttu kothu fool you - this is comfort food at its best.

In this iteration, the puttu is fried up with potatoes, onions and brinjals in what proves to be a well-balanced union of textures and flavours.

Perhaps the showpiece on the eatery’s updated menu is the aptly named Crab Amma (RM18 for 100g), which is based on Aliyaa founder Abethan Kanthasamy’s mother’s recipe.

The crab is cooked in a base spice made up of roasted coconuts, chillies and rice which are then ground to a powder. The meal also features the addition of moringa leaves, said to temper the “heatiness” believed to be caused by consuming crabs.

Discover a little piece of nirvana in the delightful crab amma.

The payasam is an Instagram-friendly dish that might just be a little too thick for some diners.

The mud crabs themselves are large fellas, with sweet meat stuffed into each hardy carapace. But it is that gloriously thick curry that coats the crabs that will have you swooning and licking your fingers to lap up every last decadent drop.

Little can top a dish best summarised by a heart emoticon, but the Payasam (RM15) works valiantly hard to end your meal on a sweet high. Here, a traditional dessert of sago, semiya (vermicelli), cardamom and raisins is presented in a rather unusual receptacle – a hollowed out coconut. You’re likely to have tried this sweet treat before in other eateries and depending on your preference, might find this version either just right or a little too thick for your liking.

The eatery also has a range of cocktails designed to pair perfectly with a full Sri Lankan meal and from these, you would do well to try the Gin & Tonic (RM25). Made with Colombo No. 7 London Dry Gin (which is made according to a 1940s Sri Lankan recipe), this is a light, refreshing drink that you could opt to have as either a prelude or an epilogue to a wondrous meal here. Either way, it offers satisfaction on both counts.

In many ways, Aliyaa is proof positive that age is just a number. The true measure of a restaurant – much like a human being – is in how it ages. In Aliyaa’s case, each passing year has shown growth and a willingness to innovate and keep up with customer demand. And if the present is any indication, the future is looking bright for this little Sri Lankan eatery. 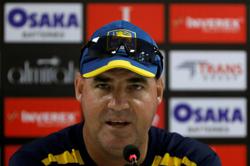 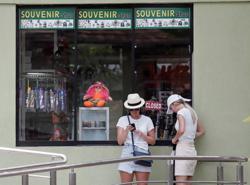 Sri Lanka declares public holiday due to concerns over virus