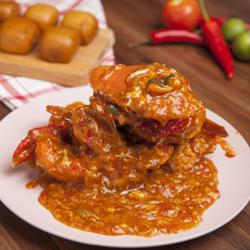 Four days after they opened, the movement control order hit and they were forced to scramble to survive. Fortunately, they did and have since gone from strength to strength.

Part of their ability to weather the storm has been due to the fact that Vicknezan, better known as Vicky, and Lim also own a digital marketing agency, which they leveraged on heavily to market and promote their eatery during the pandemic.

“I think if not for the support we are getting from the agency, it would be very much more difficult,” admits Vicky.

Since those difficult early days, The Lankan Crabs has become a popular fixture among seafood lovers of all stripes. According to Vicky, they have also made significant changes along the way.

For one thing, the crabs (which are sourced from Indonesia) have graduated since the eatery’s inception, in line with Vicky and Lim’s ability to find supply that matched their rigorous standards.

“We were originally getting 400g and 600g crabs, which is a very unusual weight. Chinese restaurants normally use 500g and 700g crabs, but we couldn’t get that at a consistent rate. But last month, our supplier managed to get it, so now we have bigger, meatier crabs, which we are very happy about,” says Vicky. Crabs are at the forefront of the restaurant’s menu, so indulge in the fiery, spice-infused Jaffna crab curry (front) and thick, addictive Negombo crab curry.

Additionally, while the eatery started out utilising the skills of chefs from Sri Lanka, those original chefs have since left after entrusting their recipes to Malaysian talents. Vicky says this turn of events works for them because they have no intention of expanding the eatery’s menu range.

“I am very proud that we have an all-Malaysian team in the kitchen. And the thing is, when we came into the restaurant business, we didn’t have the luxury of a huge kitchen, so currently our kitchen cannot accommodate if we try to do different things. Our Malaysian chefs did introduce fish head curry and fish curry on the menu, but from here, we will stop.

“For us, we have three crab dishes, which I think we have got right, so we are sticking with that and building our other dishes to be really good. Also I think if we try to do too much, we will lose out,” explains Vicky.

The menu is built around the eatery’s flagship crab dishes, so you would do well to start a meal at The Lankan Crabs with these curried crustaceans. Portions are generous, so expect to share each dish with a friend or three.

Of the three crab dishes on offer, the Negombo crab curry (RM130 for two medium-sized mud crabs) is a sure-fire crowd-pleaser.

The dish originally hails from the west coast of Sri Lanka and boasts creamy, sumptuously rich flavours with spice-laden nuances. The crabs are easily pried apart from their shells (with a little help from some excavation tools) and prove themselves worthy of all the work involved in extracting their sweet, fluffy flesh.

This is a stand-out dish from beginning to end – the curry is so sensationally good, you’ll be mopping it up with every last grain of rice – diet be damned!

If you feel like treating yourself (and who doesn’t deserve a little pick-me-up), upgrade to XXL crabs and indulge in the Jaffna crab curry (RM180 for two XXL crabs). This is a dish that alludes to the roots of the Tamils in Sri Lanka and is made using the eatery’s house-made curry powder and tamarind juice. This is the ultimate chicken biryani, one that is designed to deliver maximum pleasure points.

The curry is slightly less thick than the Negombo, but no less delicious, with a fiery, spice-infused engine powering up this entire meal. The XXL crabs meanwhile are worth the dent in your wallet. The crabs are incredibly fresh and boast sweet, tender meat that is packed with aquatic flavours.

This is another one of those curries that is so good, it deserves a sidekick in the form of a bowl of rice to lap up the goodness – do not waste a single drop!

Next up, indulge in something designed to really fill you up in the form of the chicken biryani (RM48). This is comfort food at its finest – fragrant, flavourful rice juxtaposed against chunky pieces of masala-laden chicken – a stirring combination designed to soothe, sate and entice in equal measure. If you’re looking for some soul food, your soul will appreciate this. The fish curry is a new addition to the menu and is a yummy affair filled with chunks of fish, tomatoes, okra and long beans.

The fish curry (RM120) features a huge fish (head, tail and everything in between), accentuated by accoutrements like tomatoes, ladies’ fingers and long beans. The freshness of the fish is the centrepiece of this dish, which is underscored by a smooth curry with tangy notes and a feisty undercurrent swimming through each mouthful. Addiction is a virtual guarantee with this one. As a result, you’ll get a flavour bomb with every bite – and some marrow too if you’re willing to dig out this creamy treasure from its hiding place.

Finally, end your meal with the standing ovation-worthy paal appam with brown sugar (RM5). The appams (a type of pancake made with fermented rice batter) are made to order every day by Vicky’s aunt, who is simply known as Amma Lalli.

Lalli has been making appams for over 40 years and has perfected it to a fine art. Her paal appam with brown sugar for instance, boasts perfectly crispy edges that segue into a milky, pillowy soft centre studded with brown sugar – a concoction so beguiling, it will instantly lure you into the depths of sweet, sweet surrender. 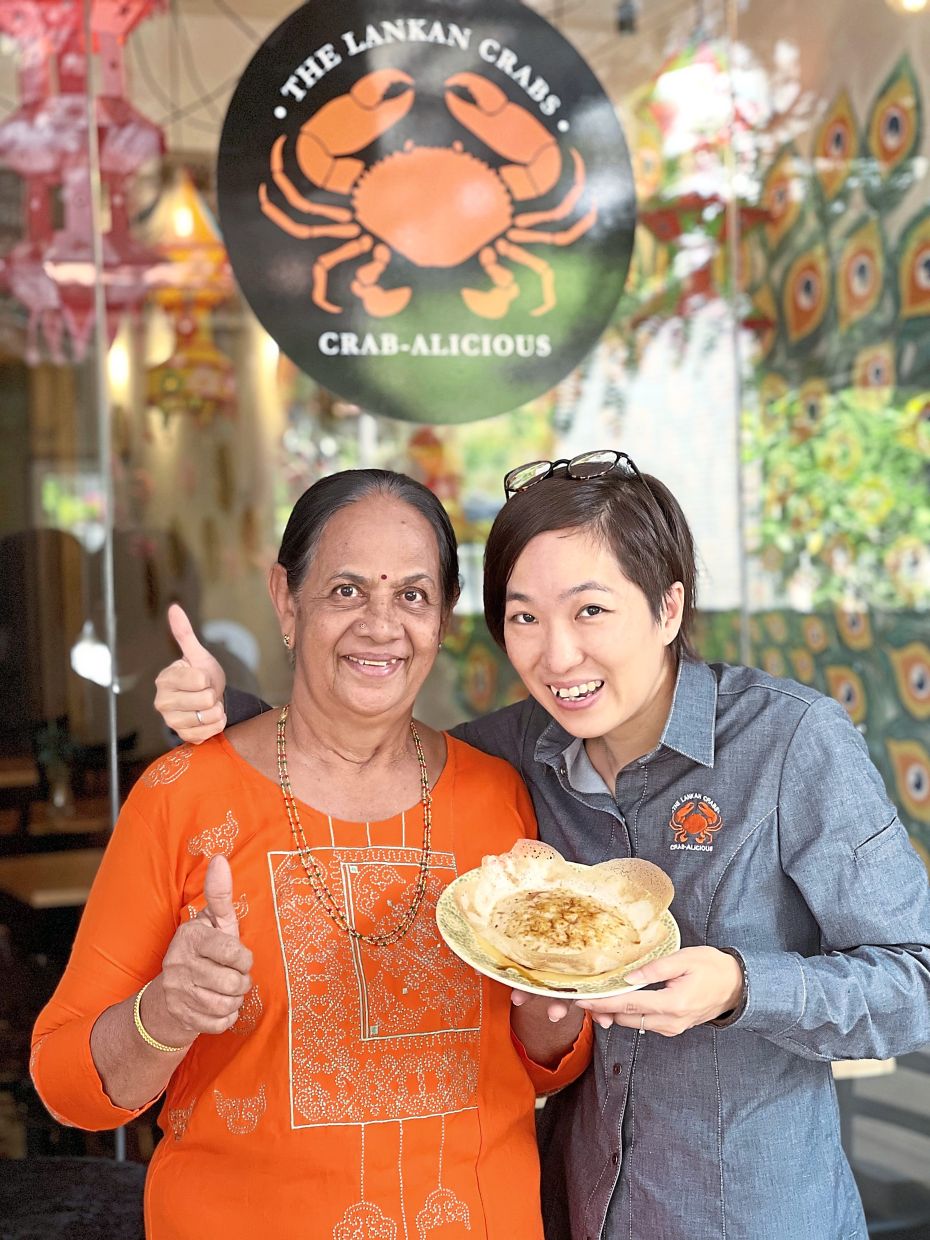 Lalli (left) is Vicky’s aunt and the genius behind the eatery’s made-to-order appams. Pictured with her is Lim.

Moving forward, Vicky and Lim understand that nothing remains static. Which is why they are hard at work perfecting their e-commerce site (the restaurant offers many meal variations and combos on the site for online delivery) and will soon be introducing an extended range of combos from Oct 27 to cater to every possible version of consumers’ delivery predilections.

“The variety of combos on our e-commerce site is going to increase. Like now, we may only be catering for families of four, but soon we will have combos to cater for larger groups. This has been one of our biggest learnings – that we need to have more combos,” says Vicky.

Order from The Lankan Crabs online at thelankancrabs.menu or WhatsApp 012-579 4435. 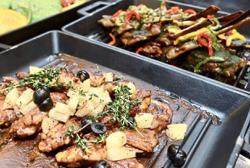 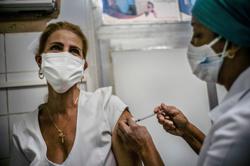