Malaysia's female bartenders are shaking up a storm 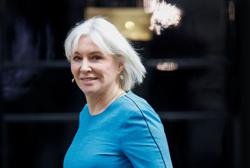 Female bartenders like (From left) Caden Chua, Angel Ng, Shirmy Chan and Praveena Ranjindran are proof that bartending can be a viable career option for women as well. Photo: The Star/Yap Chee Hong

Contrary to popular belief, bartending is not just about mixing drinks and having fun - there’s a lot of hard work involved, and the job can be especially challenging for women. Like any other career, there are obstacles that female bartenders have to get past on the job, including sexual harassment and negative stereotypes about bartenders.

All the same, women are shaking and stirring up the bartending industry worldwide, and in Malaysia as well. While the local bartending scene is still relatively male-dominated, there are several prominent female bartenders who have been making a name for themselves within the scene.

Malaysia's female bartenders are shaking up a storm