The very first cocktail is said to have been created by the legendary bartender Jerry Thomas, whose book How To Mix Drinks: Or, The Bon Vivant’s Companion in 1862 defined a cocktail as a drink that contains “spirit, water, sugar and bitters”.

While the exact type of bitters he was referring to is unknown, there is no denying that one of the most popular and traditional of all bitters brands has to be Angostura.

According to Daniyel Jones, global brand ambassador of the House of Angostura, Angostura bitters has been a part of the very foundation of the cocktail industry from the very beginning.

“The best bars and bartenders in the world, they always use Angostura to showcase that they understand tradition. Even if you use other bitters as well, Angostura bitters is always going to be the core recipe to balance your cocktail.”

Created in 1824 by German physician Dr Johann Gottlieb Benjamin Siegert, Angostura bitters was originally created as a tonic and sold for medicinal purposes in the Venezuelan town of Angostura (now known as Ciudad Bolívar). The House of Angostura was founded in Venezuela but is now based in Trinidad and Tobago.

“Initially it was designed as medicine. They had no idea it would be going into Old Fashioneds and Manhattans all over the world! Any new bitters that are created now are usually designed for cocktails. But Angostura was never designed for cocktails in the first place!” said Jones, who was in town recently for a series of guest bartender shifts and to judge the Malaysian Amaro Di Angostura VS cocktail competition, which was held during The Bar Awards week.

Angostura bitters is usually used to enhance the flavour of a cocktail such as the Old Fashioned. — Filepic

The usually small bottle of bitters is instantly recognisable by the oversized paper label that envelops almost the entire bottle, and today, Angostura bitters commands a huge chunk of the market, and is used by bartenders around the world.

In Malaysia, it’s also known as the Malaysian bartenders’ handshake – bartenders would take a shot of it when they meet as a sort of “welcome drink”.

But why exactly is Angostura, or even bitters in general, so important in a cocktail?

“Well, to start off, let’s look at citrus, which is the base of many cocktails,” said Jones.

“Many classic cocktails, from sours to mojitos to flips – many of them have a citrus element. Angostura tempers the acidity of anything citrus, because it is an alkaliser, which was initially designed as medicine for stomach illnesses.”

He explained that when lime or lemon juice is squeezed in advance, it gets more acidic the longer it is exposed to oxygen. So during the course of the day or the night, the lime juice can change. But when you have bitters in the cocktail, there’s no problem.

For a spirit forward cocktail like an Old Fashioned or a Manhattan, the bitters plays a different role.

“Why does a Manhattan achieve such balance with two parts spirit to one part vermouth and two dashes of Angostura bitters?” he asked. “It’s all down to the bitters! You can change the base spirit or vermouth, but the moment you change the bitters you lose the strength and orientation and balance of a Manhattan.”

Bitters aside, the House of Angostura also produces Amaro di Angostura, a herbal liqueur derived from the bitters’ recipe, and a range of boutique rums.

“We’ve been producing rums for a long time now, but everyone knows the bitters, not the rums,” said Jones. “Angostura contains 44.7% ABV, and the neutral spirit we use is rum.

“Each of our rums has its own personality and identity, from the 3-year-old blanco Reserva, to the 1786, a 15-year-old blend,” he said.

“But we also have the most expensive rum in the world – Angostura Legacy. It costs 25,000 euros a bottle. Only 20 bottles were made, and all sold out like hot cakes!”

Whether it’s rum or bitters, there is no denying the legacy of House of Angostura within the global cocktail scene, something Jones is most proud of.

“We’ve been such a big part of cocktail culture from the bitters that are used in all sort of cocktails, from a classic champagne cocktail in France to a Pisco sour in Peru.

“I’m really proud of what we have achieved,” he concluded.

Michael Cheang is not bitter at all about all the Angostura bitters he has consumed as part of the Malaysian bartenders’ handshake. Drop him a note at the Tipsy-Turvy Facebook page (fb.com/mytipsyturvy) or follow him on Instagram (@mytipsyturvy). 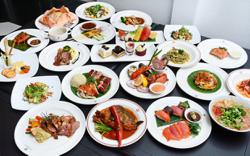