Manjola (left), mother of Florim and his father are among many parents across Albania who begrudgingly send their children abroad, including through illicit means, hoping a life in Europe will provide a better future. Photos: AFP

Alma had hoped her teenage son would find a better life after he left his native Albania for Germany, but he disappeared days after leaving.

“The worry is stabbing my soul. I’m the guilty one. I’m the one who encouraged him to leave. Where is he? What is he doing?” cried the 38-year-old widow, whose last name has been withheld to protect her identity.

The 16-year-old left by car heading for Germany with three others in early December, but hasn’t been heard from since.

Alma poured her life savings from her work as a cleaner to pay for the trip, hoping he would find a better future.

“He has talent, he sings very well, he could study and have the life I never had,” she said as tears streamed down her face.

Faced with persistent unemployment and deepening poverty at home, an untold number of parents across Albania begrudgingly send their children abroad, including through illicit means, hoping for a better future in Europe.

Some rely on forged documents to travel, while others are accompanied by relatives or an adult who drops them off before returning to Albania.

There are no official estimates on the number of unaccompanied children who attempt to migrate to Europe in a year, but officials stopped hundreds at the border in 2020 alone.

Once in Europe, life is usually far from ideal. Unable to speak the local language, the children grapple with isolation while many are forced to live in group homes.

Following four decades of iron-fisted rule that ended in the 1990s, Albanians flocked abroad en masse, desperate to escape hardship and isolation after weathering brutal oppression at the hands of the country’s communist dictatorship.

Over the past 30 years, approximately 1.7 million people – or 37% of the population – have left Albania, where the average salary is €420 (RM1,999) a month and one in three young people are unemployed, according to official statistics.

“For many Albanians, the West is still a paradise that will solve all their family’s economic and social problems,” Drita Teta, said a sociologist in Tirana.

“This is a massive delusion”.

To combat the scourge, Albanian police have cracked down, tightening controls at departure points hoping to stop young people who do not have the necessary documents.

Between January and November last year, 309 minors were prevented from leaving Albania, compared to the 239 who were stopped during the same period in 2020.

Experts noted that the coronavirus pandemic also appears to have slowed the movement of Albanian children to Europe significantly as borders closed. 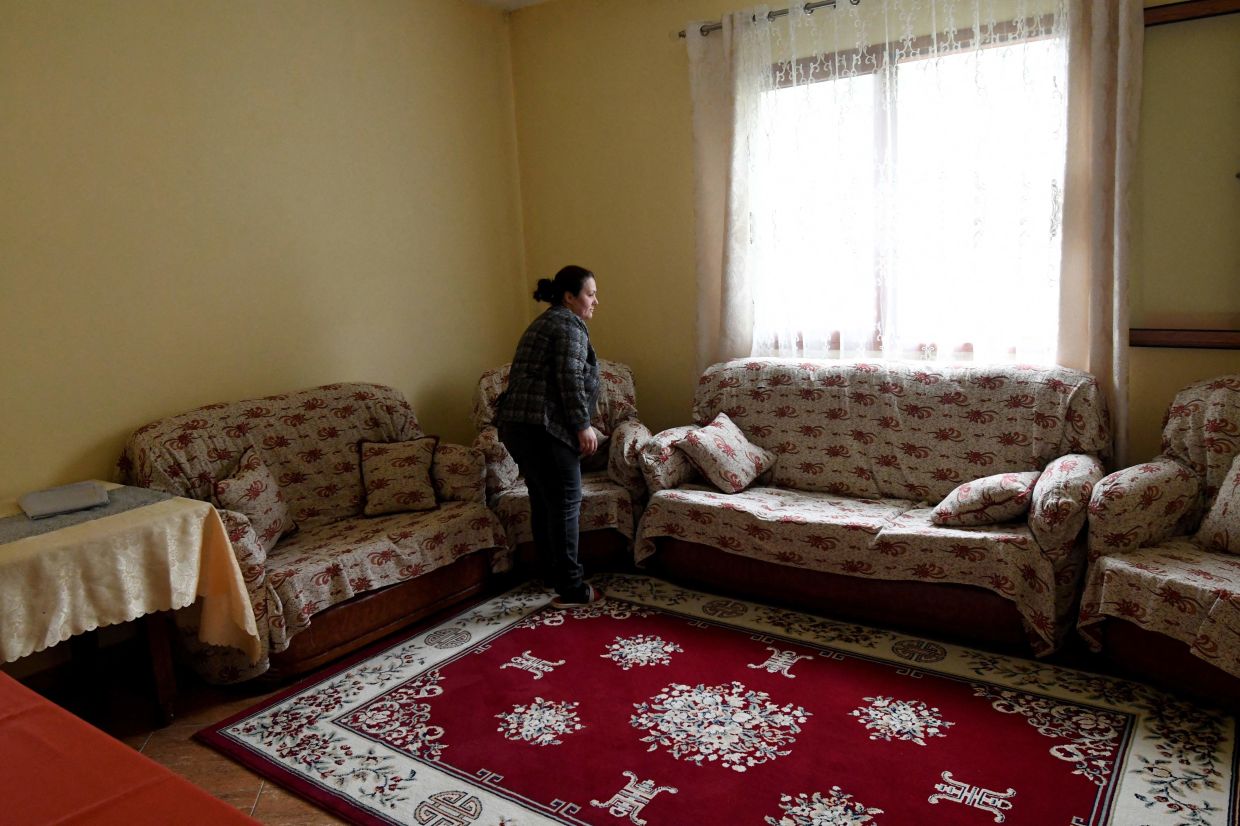 Uruci says it was a hard decision to make but 'I had no choice'.

Despite high hopes, many face a harsh reality upon leaving.

At 16 years old, Florim moved to France in mid-October without telling his parents, only to return home a month later.

“Everything was far from paradise and the movies and photos you see on social media,” said the teenager, who has been given a pseudonym, after arriving back in Tirana.

“I didn’t know he had left the country, I only found out when he arrived in France,” said his mother Manjola, 36.

After learning he was in France, Manjola worked feverishly to get Florim back, signing a raft of notarised documents required by French authorities to pave the way for her son’s return.

“He could have ended up with bad company, taking the wrong path,” Manjola added.

Alain Bouchon – whose association cares for minors in eastern France – said many of the children are sent abroad against their will by their parents.

They often lack basic support systems when they arrive, making them acutely vulnerable.

“Some of them get involved in petty crime and become easy prey for various Mafia organisations,” he said.

But despite the hardships many face, some believe the sacrifice is worth the risk.

In northern Albania’s Domen, Hadije Uruci cried as she described leaving behind her four children in Belgium.

In 2015, Uruci and her husband fled Domen with their children after receiving threats for protesting the opening of a stone quarry near their home.

After six months at a camp in Belgium, the parents were refused asylum and decided to leave their children, aged between two and nine-years-old at the time, with relatives.

“A parent can never turn their back on their child, it is a great sacrifice but I had no choice,” she told AFP.

“I sacrificed a mother’s love for her children.”

Since then, the children have integrated into their new community and excelled at school, said Uruci.

“The West is not paradise,” Uruci added.

“But it is still a small paradise compared to the problems in Albania.” – AFP