Iban weavers of Rumah Gare, preparing their threads for the Ngar ritual where they mordant their threads before weaving. Photo: Tenun Fashion Week

Even though there are many talented women handweavers from marginalised communities in Malaysia as well as throughout South-East Asia, many of them don’t have the avenue to market their handwoven textiles, says social enterprise Tanoti director Jacqueline Fong.

It is with this in mind that the inaugural Tenun Fashion Week (Tenun) was launched in a virtual event in October this year and culminates in a runway show in Kuching, Sarawak, on Friday (Dec 3).

“Hundreds of weaving communities exist throughout South-East Asia, usually women from remote villages who often find it difficult to survive in modern times,” says Fong who is in the Tenun organising committee.

In the serene village of Kampung Pulau Keladi in Pekan, Pahang, located along the Pahang River, Hajjah Nortipah and her daughter are a part of a small community of weavers, who strive to preserve the heritage of handwoven songket passed down from their ancestors.

Similarly, in the central highlands of Vietnam, six ethnic minority groups form a network to preserve the traditional weaving heritage of local communities.

Meanwhile, situated in West Sumatra and the volcanic Indonesian island of Lombok are the weavers of ASPPUK - women who are victims of violence and disaster, female heads of families and migrant workers, she cites as examples. 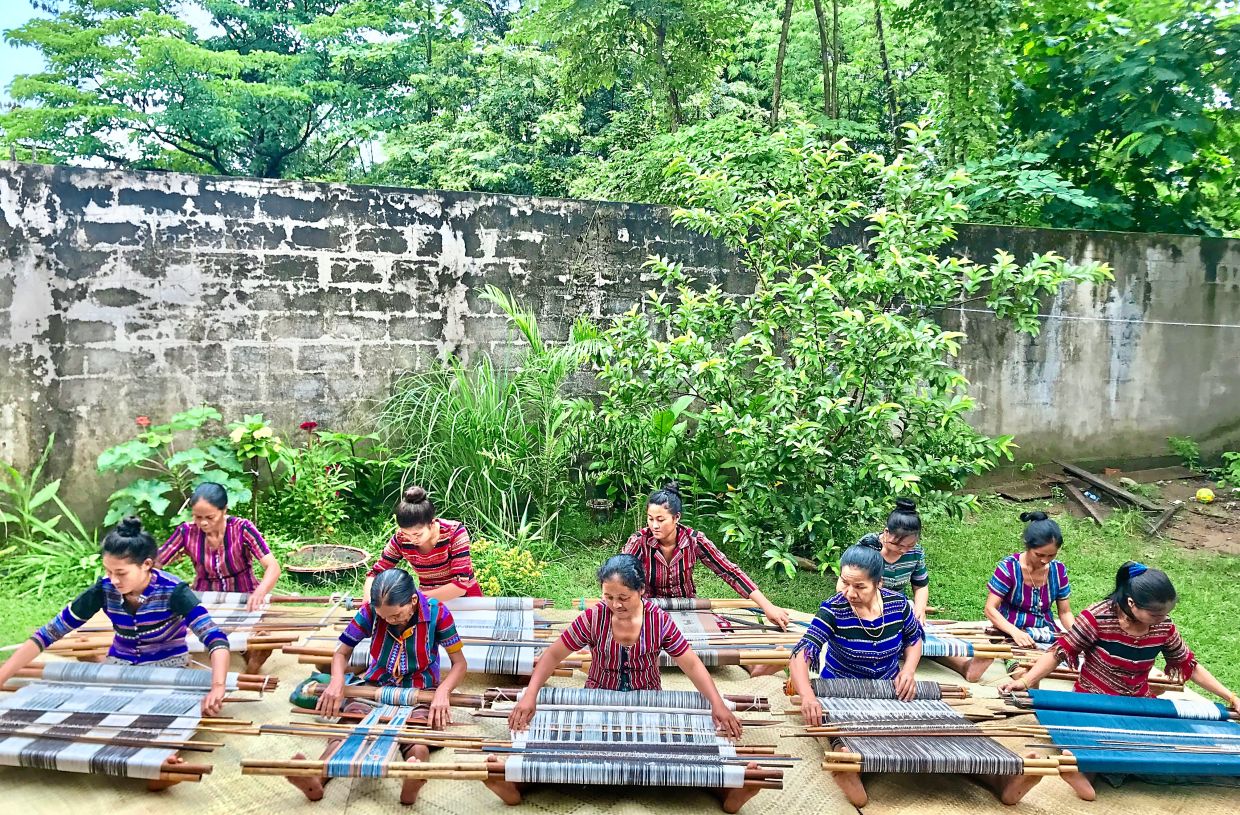 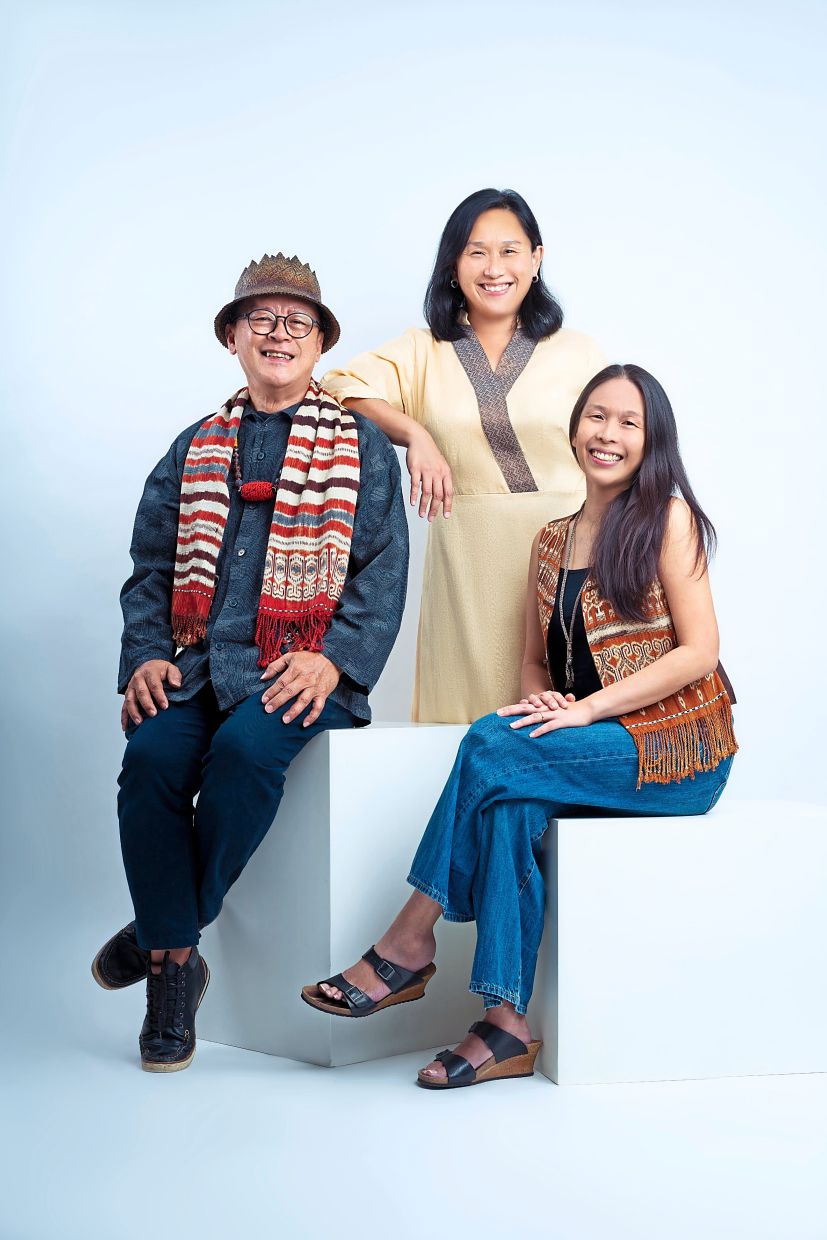 Tenun Fashion Week organising committee: (from left) AHPADA honorary president Edric Ong; Tanoti director Jacqueline Fong, and AHPADA honorary secretary-general Elaine Chan. Photo: Tenun Fashion Week“Hand-woven textiles are the core of our culture. We need to support our traditional hand weaves because without them, an important part of our people will be lost. The hand weaving industry is a big part of our cultural export. It has the power to feed families, sustain communities and contribute to the national economy,” said Minister of Tourism, Arts and Culture Datuk Seri Nancy Shukri, who herself hails from a lineage of weavers, at the virtual launch.

“Many of the communities that produce these handwoven textiles do not have adequate resources. They neither have access to markets nor the funds or necessary support required. What they do have, however, is their unique craft and the amazing stories that go along with them. So this platform aims to increase their visibility and subsequently, their marketability and profitability,” says AHPADA honorary president Edric Ong.

The participating communities also had the opportunity to compete for three awards – a People’s Choice Award, Lakumas Most Innovative Weaves Award and the Tenun Best Collection Award.

“For many years, handwoven textile communities have been suppliers to renowned fashion brands which market their fabric but not their identities. But it’s my aspiration that our Southeast Asian textile communities will break this mould and emerge as formidable brands in themselves,” says Fong. 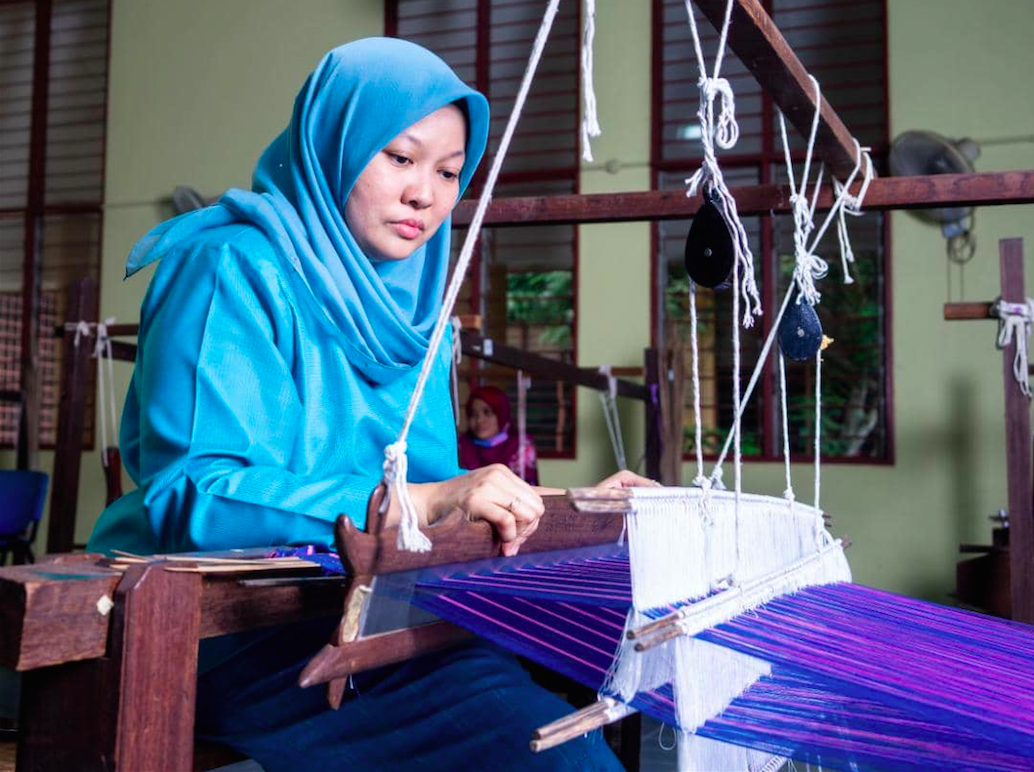 “The Covid-19 pandemic, which has resulted in a sudden disruption of businesses globally, has impacted the economy worldwide. And the weaving sector has also been affected, with traditional and contemporary markets for artisans seeing production slowing down,” says Noridah.

“However, this event, which is the first-ever international/regional Fashion Week in a South-East Asian country, lets our weavers gain new experiences and exposure. The platform will enable local handwoven fabrics to be known and marketed to the rest of the world,” she says. 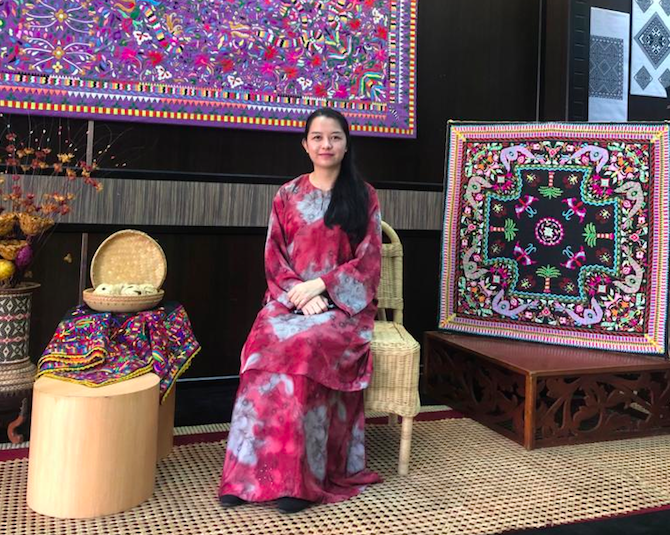 Sino-Kadazan weaver from Keningau, Sabah, Yong Han Hui says that Tenun has helped her and other weavers reach their market during the pandemic.

“Due to the pandemic, our community was not able to sell our woven products face-to-face to customers, but only virtually through the platform,” says the manager of Memoryie Craft Enterprise. She adds that the response has been encouraging with international customers from Australia and the United Kingdom, while closer to home, from Sabah, Selangor and Kuala Lumpur.

Yong reveals that they decided to be part of Tenun because they hope to introduce Sabahan weaves, including the songket dastar from the Iranun ethnic group, to the rest of the world.

“We hope that our weaving community will be recognised on a regional level and that the public from Malaysia, as well as internationally, will take an interest in our unique Sabahan weaves,” she concludes.

A showcase of talented handweavers 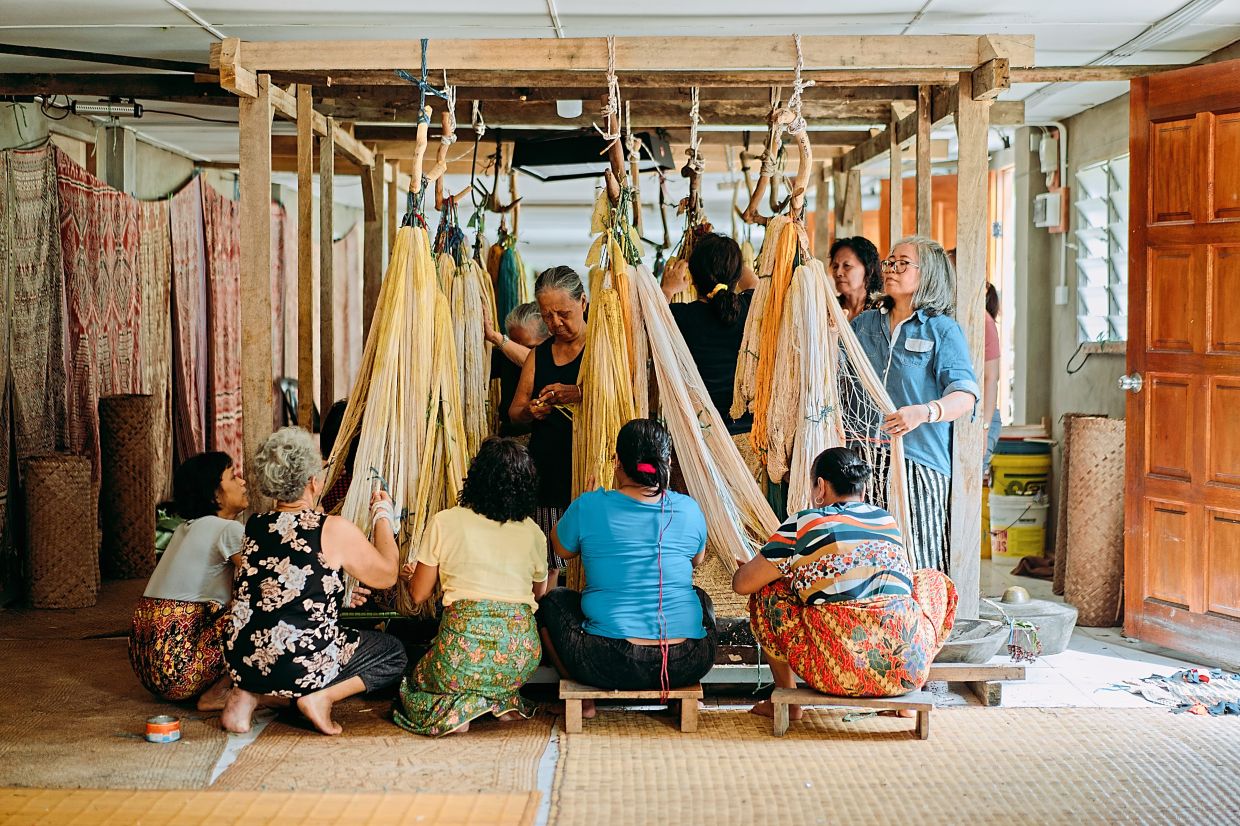 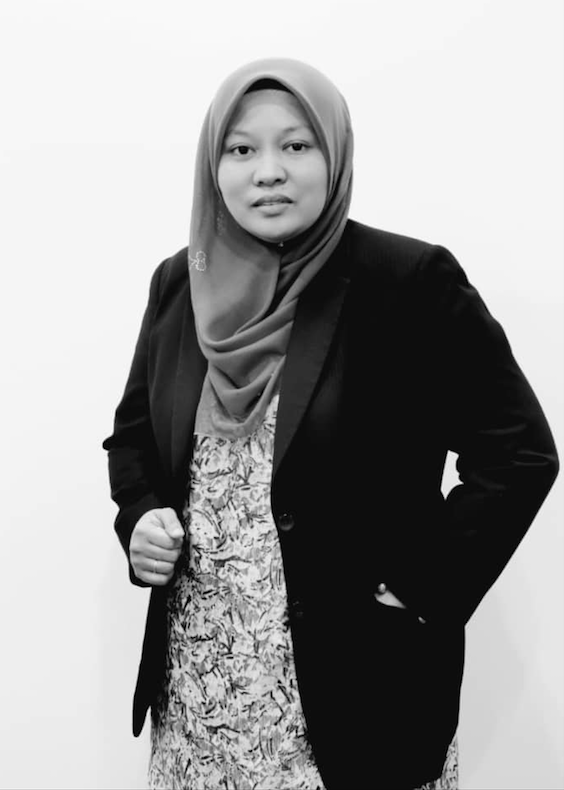 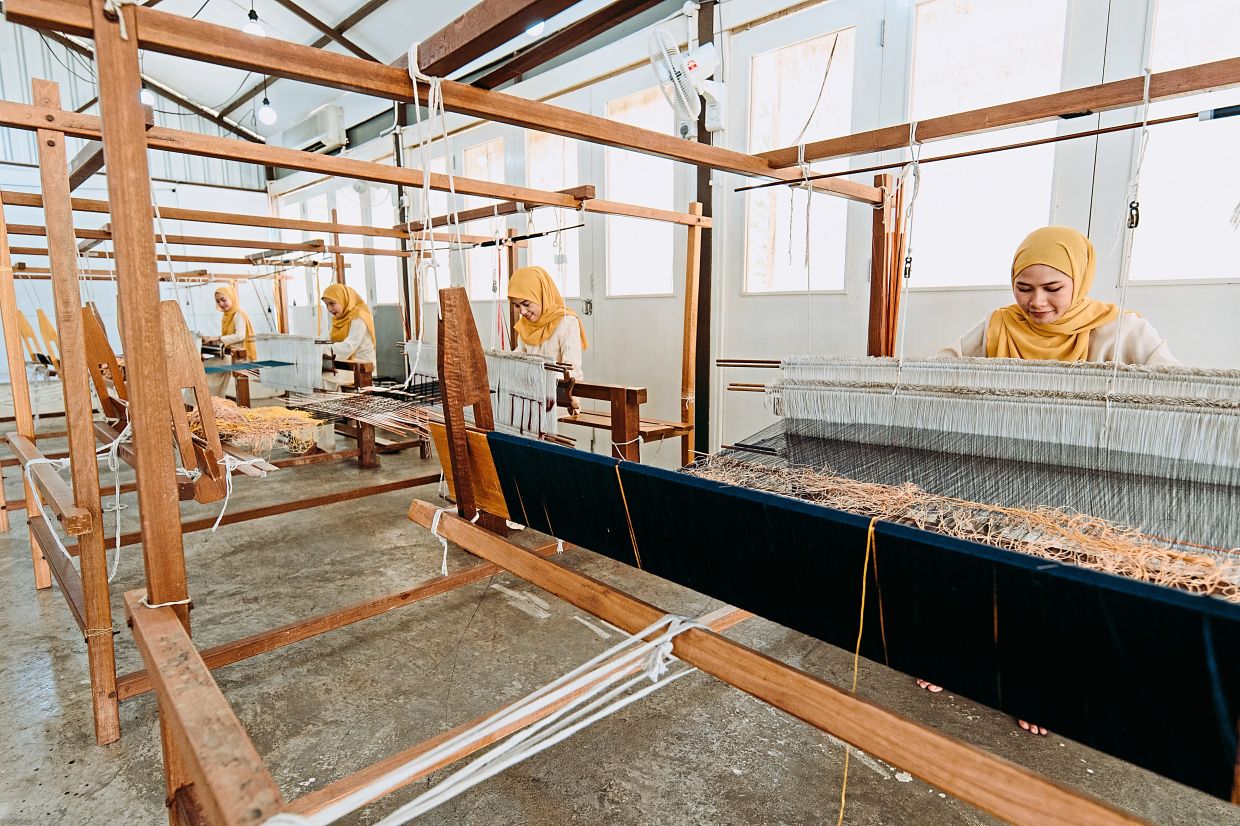 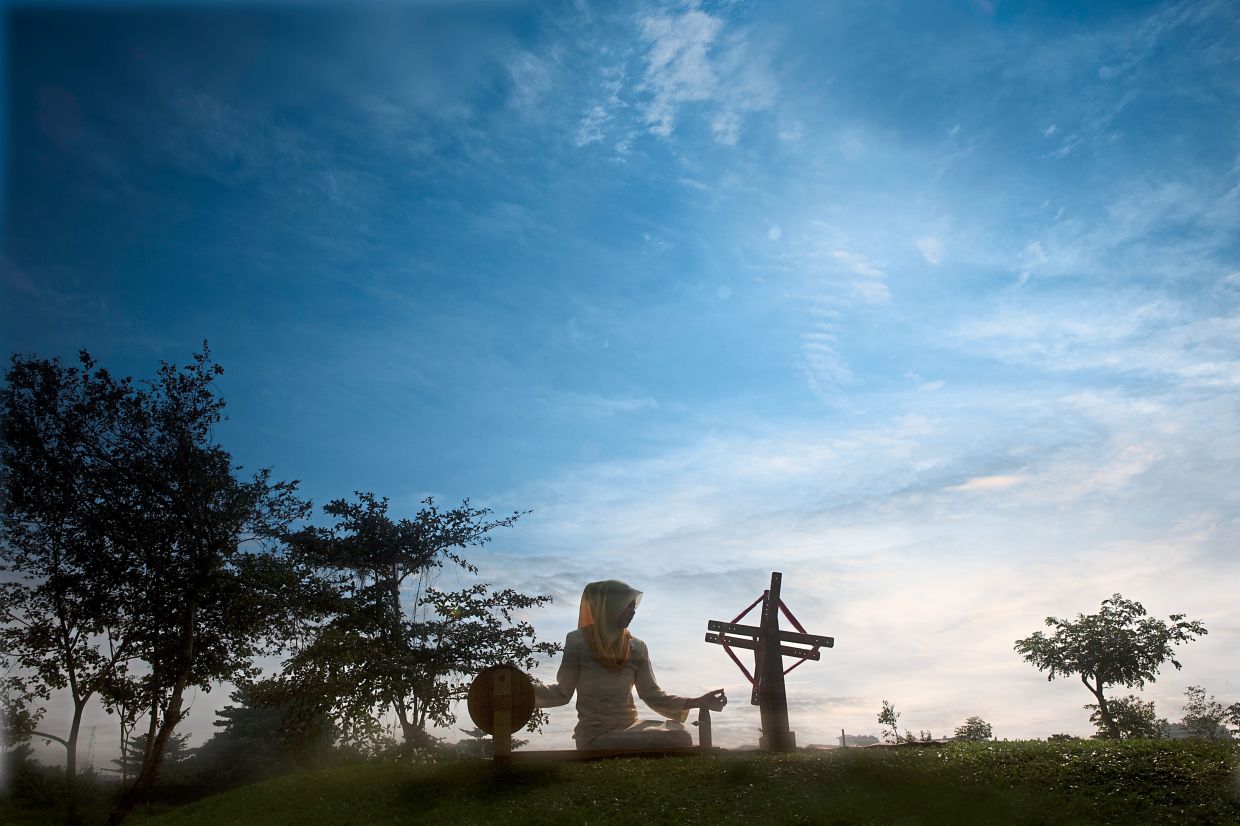 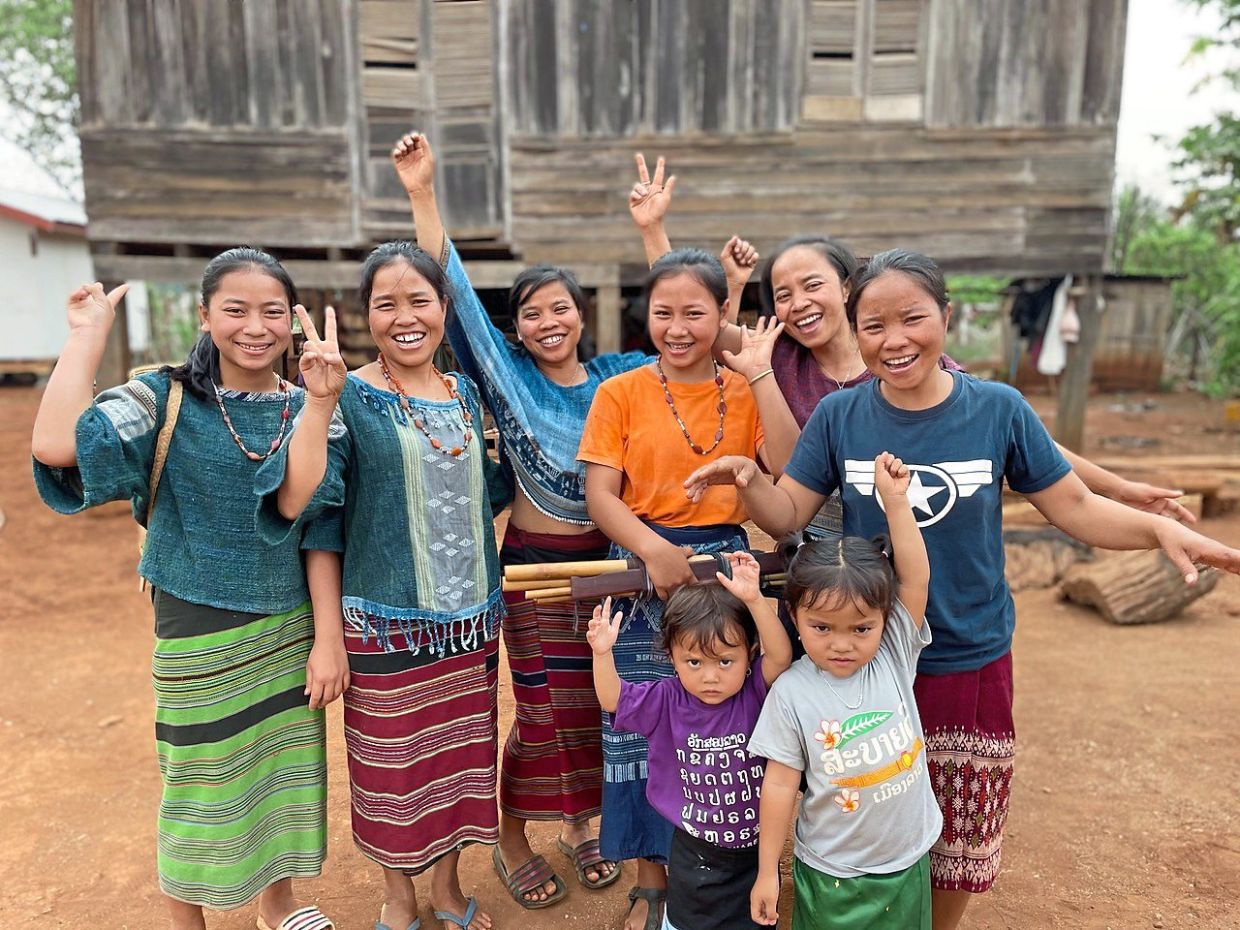 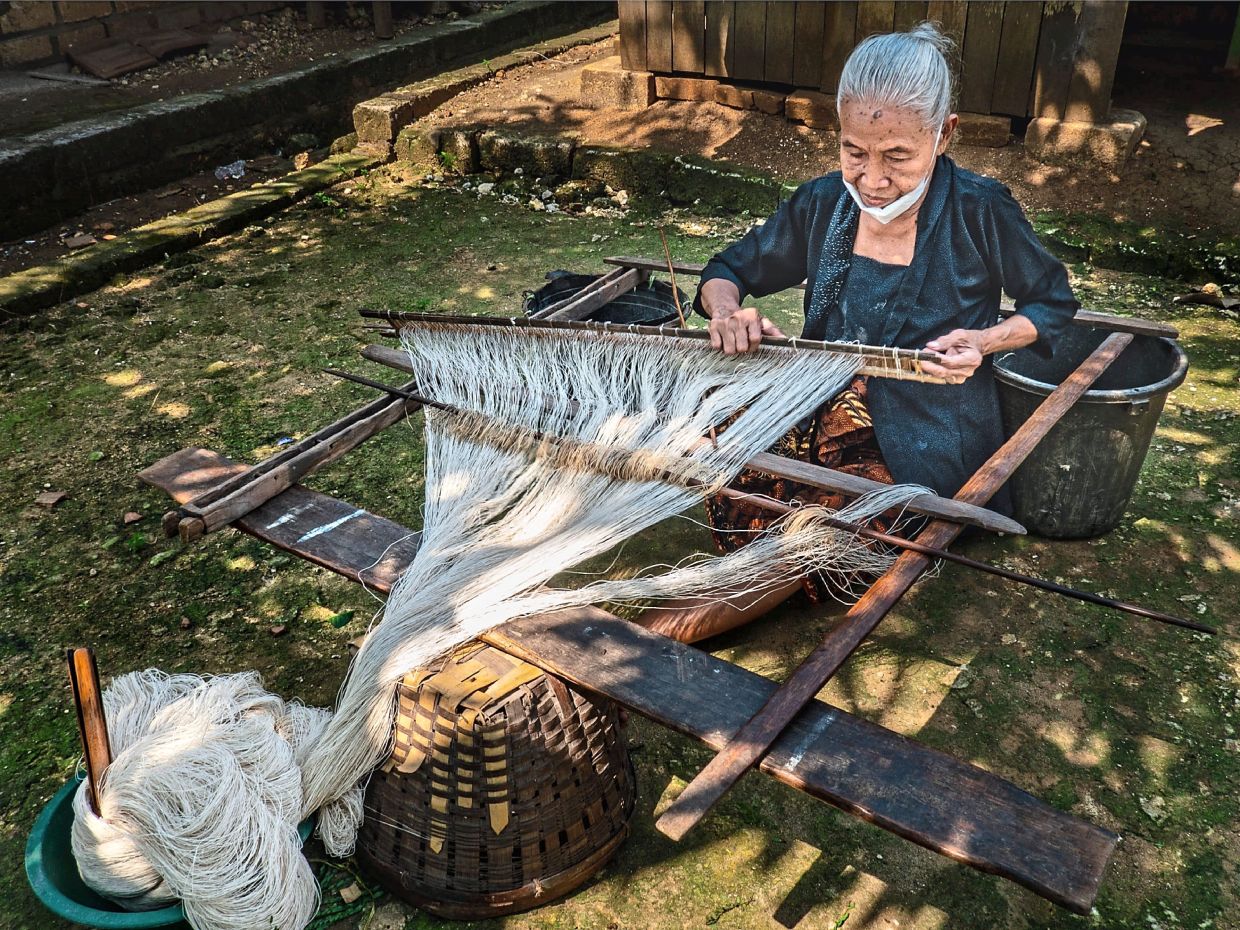 Iban weavers of Rumah Gare, preparing their threads for the Ngar ritual where they mordant their threads before weaving. Photo: Tenun Fashion Week

Winding Machine, which weavers use to wind their threads from hanks into bobbins, to prepare to warp and weft threads. Photo: Tenun Fashion Week