As a young woman entrepreneur, Nur Hidayah Jeffri, 24, believes that it’s important to believe in oneself.

“Whatever challenges you face, always have confidence in yourself and your own abilities, and just keep on going. Don’t give up even when things get difficult, but try to find a way to do it!” says the owner of Hidayah Kitchen, a home-based food business.

The culinary graduate who lives in Pantai Dalam, Kuala Lumpur, is the champion in the recent Resipi Berani Maggi reality TV series, which is part of the 'Program Mentor Wanita Cukup Berani Maggi' ('Women Brave Enough To Try' Mentorship Programme) campaign, a partnership between Maggi and Google Malaysia via Women Will, a programme that helps women develop their confidence in using technology to grow their business.

Nur Hidayah decided to participate in the programme to build her self-confidence and upskill herself as she was seeking new ways to improve her business.

She says that it has helped her in many ways, most of all in the area of marketing.

“Previously, I’d only been using social media such as Facebook and Instagram to market my products but the programme which was aired on television has expanded my reach so more people got to know about my products, and I’m grateful for that,” she says. 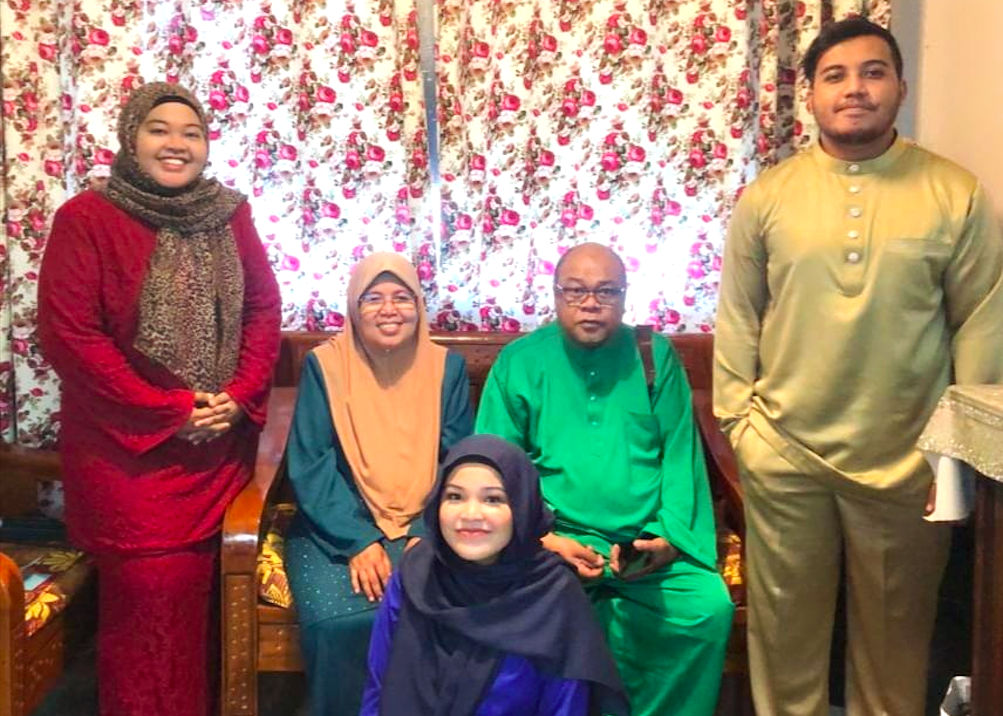 Nur Hidayah (in red) with her family. She says that it was her mother who encouraged her to use her skills and knowledge to start her food business Photo: Nur Hidayah Jeffri

The culinary graduate reveals that she never planned on becoming an entrepreneur.

“Initially I didn’t have any plans of venturing into business because of my fear of failure. I was working at a restaurant because it comes with a stable income,” she shares. “But seeing my passion in cooking, my mother encouraged me to use my skills and knowledge to start a food business.”

But when the pandemic hit, like many other entrepreneurs running small home-based businesses, her livelihood was impacted.

“My area was under the enhanced MCO so business was badly affected. Only one shop was open and access in and out of the place was restricted. The area was cordoned off. We weren’t allowed to go out of our housing area, and my supplier also wasn’t able to send supplies to us,” she says.

“But I needed to continue earning an income to support my family. My parents were retired and my younger sister was still studying. So the family relies on just my brother and me,” says the second of three siblings. 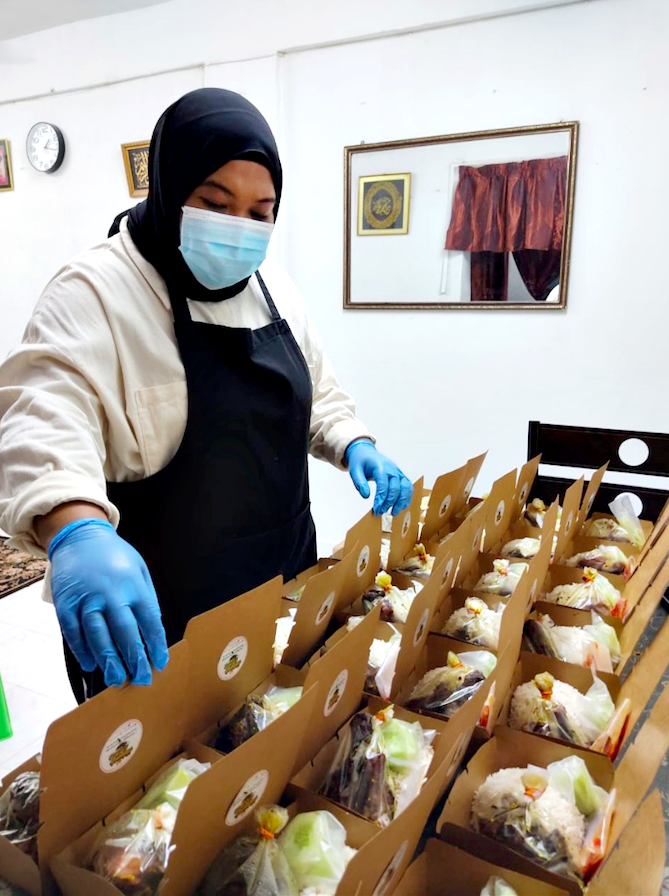 Nur Hidayah preparing packed lunch boxes for her customers. Photo: Nur Hidayah JeffriThat was when Nur Hidayah decided to step out of her comfort zone and expand her home-cooked food business despite the limitations that she faced. She started supplying packed lunch meals to the neighbouring areas and offices close by, getting her supplies from just that one shop in her area.

Now, one of the issues that she faces is a lack of manpower.

“But, of late, my orders have increased because of the added publicity from the programme which was aired on television, so I may need to get more help eventually,” she says.

“I believe that continuous learning is the key to success. It doesn’t matter where you started from or what you started with. You can start from scratch but what matters most is that you’re willing to learn,” she says, adding that this is what she hopes to impart to other young women entrepreneurs like herself.

“I remember when I had to make a logo for my business and had no funds to hire a designer, so I had to do it myself and I attended a free class to learn how to do it,” she recalls.

“I believe that we should never make excuses. Even if you don’t know how to do something, you need to do whatever it takes to find out and get it done,” she concludes.

Italian village with the most 100-year-olds has science seeking clues
Banned from education, 'idle' Afghan girls are married off
British women 'more likely to die' around pregnancy than Norwegian, Danish
'Let's discuss my pay': How to get your dues as a woman
How parents can teach their child to be cybersmart
Empower women and children, Anwar
Starchild: Malaysian children love the colours of the rainbow
How to spot signs of your child being cyberbullied or trolled
Keeping Malaysian children safe from online predators, cyberbullies and trolls
Show the Red Card to call out violence against women