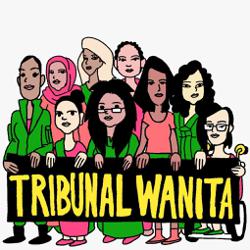 All government leadership, especially the Minister of Women, Family and Community Development, has to speak up for, uphold, and protect the interests and rights of women, children, people with disabilities and other vulnerable groups, said JAG in its statement. Photo: Unsplash/Sandy Millar

The Joint Action Group for Gender Equality (JAG) has called for the new government to prioritise and uphold the rights of women, children and vulnerable communities in Malaysia, to protect them against sexual and gender-based violence and discrimination.

In a recent statement, JAG urged the new cabinet to ensure the appointment of a Women, Family and Community Development Minister who is effective, competent, gender-sensitive, with a comprehensive understanding of gender-equality and non-discrimination and who has the capacity to support the legal and policy work required to address it.

“All government leadership, especially the Minister of Women, Family and Community Development, has the duty to speak up for, uphold, and protect the interests and rights of women, children, people with disabilities and other vulnerable groups,” it said.

These include tabling the Sexual Harassment Bill which has been drafted by the special project team and amending the penal code and criminal procedure code to criminalise stalking.

It also includes adopting Gender Equality Act which it has drafted to define and prohibit all forms of discrimination against women in public and private spaces and to ensure the de facto equality of women; amending the Employment Act 1955 to prevent discrimination based on gender, race, religion, pregnancy and marital status; amending Article 8(2) of the Federal Constitution to include disability as grounds for non-discrimination; amending Article 15(2) to ensure automatic conferment of citizenship to children born to Malaysian mothers outside of Malaysia; and proceeding with the implementation of the National Strategy Plan in Handling the Causes of Child Marriage that was launched by the Ministry of Women, Family and Community Development in January 2020.

Gender mainstreaming plans which focus on gender-sensitive policies and processes that bring about the equality of women and men should be revived and reviewed, including gender-responsive budgeting in state and national budgets, said JAG.

JAG urges the new government to also uphold its international obligations to women, children and persons with disabilities, and implement recommendations by Committees from ratified treaties, which are the Convention on the Elimination of All Forms of Discrimination Against Women (CEDAW), Convention on the Rights of the Child (CRC) and Convention on the Rights of Persons with Disabilities (CRPD). It also urges the new government to monitor, evaluate and implement the 1995 Beijing Platform for Action (BPfA) and Sustainable Development Goals (SDGs).

“Very importantly, 30% of our Cabinet and other government-linked decision-making bodies must be representated by women, which is double the figure in the previous lineup where only 15% or five of 31 ministers were women,” said JAG. 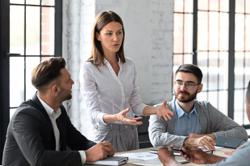 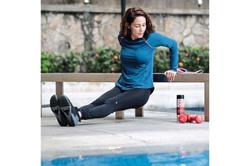 Jill Biden surprises her 'prayer partner', repairs relationship with God
Gawky teen star wins new fans for Japan's 'game of generals'
Creating awareness for the cleft lip and palate community
Starchild: Malaysian children enjoy having fun on the beach
She was bullied because of her cleft lip, now she helps others like herself
Mozambique hospitals extort women in labour: Rights groups
Turning trauma into a tune: Sisters tackle taboo subjects
Not quite enough: Aussie women cricketers get pay rise but 'big gap' remains
Fighting stigma to raise breast cancer awareness in Gaza
Gravedigger and philosopher: The double life of Osmair Candido