While the app provides an avenue for children and teens to express their creativity, the negative aspects of this video-sharing platform can’t be ignored, warn health professionals. Photo: Pixabay

While TikTok videos are entertaining to watch and can sometimes even be educational and meaningful, the growing popularity of this social media application among children aged between four and 13 can be a cause for concern.

As some local experts have pointed out, unrestrained use of the app can lead to negative effects, the most worrying among them being exposure to sexual predators, as well as privacy violations.

TikTok is a Chinese video-sharing social networking service that is used to make a variety of short-form videos, each with a duration of 15 seconds to one minute.Universiti Putra Malaysia Teaching Hospital psychiatrist Dr Ruziana Masiran, who is also a lecturer at the Medicine and Health Science Faculty, said although TikTok users below 13 are supposed to watch the censored version of the content posted on this platform, many of them may lie about their age to gain access to the uncensored content.

“TikTok is increasingly becoming the app of choice for children in Malaysia. In fact, children as young as four years already know about it and watch whatever is uploaded on the app,” she told Bernama, adding that the ongoing Covid-19 pandemic has led to an increase in TikTok usage because many people are staying at home all day.

According to United Kingdom-based market research company Global Web Index, as of February 2020, TikTok had an estimated 800 million active users worldwide. In the United States, the amount of time TikTok users spent on the app doubled from 38 minutes a day in May 2019 to 82 minutes a day in February 2020.

Dr Ruziana said the Global Web Index also showed that 90% of TikTok users visited the site more than once a day, with most of them spending nearly five minutes on the app which was longer than the time they spent on other social media apps such as Snapchat and Instagram.

“Although 41% of TikTok users worldwide are aged between 16 and 21, one-third of users in the United States are aged below 14,” she said, adding that data released by parental control software company Qustodio showed that in the US, children aged from four to 14 spent an average of 82 minutes a day watching content on Tik Tok and 86 minutes a day watching YouTube videos between February 2019 and April 2020.

While the TikTok platform’s simplified framework provides an avenue for children and teenagers to express their creativity and also gives them free access to professional video, audio and photo editing software, the negative aspects of this video-sharing site cannot be ignored.As Dr Ruziana pointed out, TikTok can potentially expose young users to sexual predators and sexual grooming.

“Although this platform is striving to reduce the risk of exposure to sexual predators, the issue will prevail as long as adult users keep uploading sexually explicit photographs and messages. Parents should lodge police reports against such users,” she said.

TikTok usage can also lead to privacy leakage which, stressed Dr Ruziana, is even more dangerous as it puts the safety of the children and their families at stake.

“For example, if the children make (and share) videos of them inside or outside their homes, they would unwittingly be showing the interior of their homes and their parents’ cars and number plates, and sharing their locations as well,” she said.

And, since TikTok provides an essentially infinite amount of content, children and teenagers are also likely to get hooked to it and end up watching videos for hours at a time.

“Apps such as TikTok can easily be used by predators to influence the children targeted by them. This app is used worldwide and there are no restrictions on who can use it,” she said, adding that young users can also become obsessive about their appearance.

“They are always trying to improve their looks in a bid to attract the attention of their followers and others. These children and teenagers also spend so much of their time making their own videos that their relationships with their families and friends suffer. They don’t have a social life at all.”

Dr Ruziana added that the young users are also at risk of receiving negative comments to the videos they have posted, which may cause their self-worth and self-esteem levels to plummet.

“This is an issue faced by users of all types of social media platforms. The more users the platform has, the higher the chances of drawing negative comments,” she said.

Urging parents to monitor their children’s online activities, Dr Ruziana said they should follow their children’s social media accounts and ensure that the privacy settings are properly adjusted to prevent leakage of personal data.

For TikTok, she suggested that parents use its Family Pairing feature, a parental control tool that lets parents link their child’s TikTok account with their own, giving them direct control over the child’s privacy settings.

She said parents should also teach their children to control the comment section of their social media accounts, whether they are private or public.

“Tell the children they have the power to decide whether they want to allow comments from everyone or their followers only,” she added.

Psychologist Prof Datin Dr Mariani Md Nor, who is attached to SEGi University in Petaling Jaya, also agreed that parental control was necessary for young users of TikTok, which she described as a beneficial app as it helps children to tap their creativity and build their self-confidence, as well as expand their language development aspect.

On the flip side is privacy leakage as a child user’s personal data can be stolen by undesirable elements should his or her videos go viral.

“The child’s privacy will be violated and they can also be targeted by paedophiles who are always on the lookout for children’s images which they can easily get from viewing TikTok videos,” she added.

Dr Mariani also said that allowing children to use TikTok without any monitoring by their parents can have detrimental effects, especially if the young users choose to watch content with sexual elements as it can influence their thinking, feelings and behaviour.

“And, if left unrestrained, these children would use TikTok as a platform to express their own emotions and feelings, ” she said, adding that while TikTok has its positive features, its ‘dark side’ can have an impact on the growth and development of young users. – Bernama 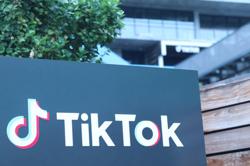