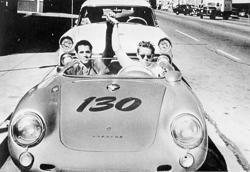 A chance meeting with a musician healed his wound. Photo: unsplash/Francesco Luca Labianca

Since his twin brother Nicholas’ death, James’ driven attitude had been replaced with a lackadaisical one.

The siblings were orphans. They had always been there for each other but now that Nicholas was dead, James had fallen into the depths of despair.

James, however, still had to go to work at an insurance company. Every day, he took the train to work. When James arrived at the train station that day, he saw the homeless man playing the clarinet.

It was typical for the musician to be there, but today, the music seemed different. It made James feel good.

James walked over to give the man some money. Strangely, the musician refused the money and asked, “why do you look so grim?”

“Why would you want to know?” James snarled angrily.

“I had that same expression on my face just three years ago, ” replied the man.

He continued: “Her name was Janelle. We met not a stone’s throw away from here and after knowing her for only five minutes, I knew I wanted to grow old with her.”

“But one day, Janelle fell sick. She had stage 4 cancer. I visited her bedside every day playing music for her. It would always make her happy. One day, I received a call that Janelle had died in hospital.

“I cried for days after that. One day, I thought about whether Janelle would want me to be sad forever just because she wasn’t with me. Then, I realised she wouldn’t. She would have wanted me to live my life in happiness rather than dwell on the past.

“I am not homeless. I come out and play music once a week because music always brought joy to Janelle when she was on that hospital bed. Now, I want to share that joy with the rest of the world.”

James looked back at his life. He realised he had been so sad and had missed out on the joys of life. He looked back at the man and smiled. The man’s story had ignited a spark in him. For the first time in two years, James was hopeful. – By Teoih Wu Yang

We welcome original contributions (of not more than 600 words) from children aged 12 and below. The topic can be on anything you fancy.