'When I’m out sailing on a boat at sea, I feel humbled and grateful. The sea generously imparts life lessons for me to apply when I’m back on land, ' says Norma Noordin. Photo: The Star/KK Sham

They may only be “kids”, but they’re out in front with the big boys. That holds true for skipper Norma Noordin and her crew of teenagers between the ages of 14 to 17. Norma is a skipper of sea scouts, and not only is she the first Malaysian female skipper to have participated in the Raja Muda Selangor International Regatta, her team was the only one with a crew of teenagers.

“It’s an overnight sail. We’re given 24 hours to reach each destination and there is a point system, the first to reach in one’s class (boat type) wins, ” says Norma, explaining that the regatta comprises three passage races: Port Klang to Pangkor, Pangkor to Penang, Penang to Langkawi. They sail 420km in total, and have three days of harbour racing around the islands of Penang and Langkawi.

As all the other teams comprised adult crews, nobody really saw them as big competitors, shares Norma.

It is, naturally, something she is proud of.

“Sailing in such an event is extremely difficult because of safety. Storms and huge swells are normal, ” says Norma. 'One advantage the children have over the adult competitors in the regatta, is their sea scout training,' says Norma. Photo: Morph Outdoors

“One advantage the children have over the adult competitors, is their sea scout training. They’re trained in navigation and good at sailing in storms with very low visibility because they don’t just look around for buoys/markers (which can’t be seen in the storm), but they actually read the sailing instructions, practise what they’ve learnt in sea navigation, and make accurate mathematical calculations (on direction, speed, timing), ” she explains.

An interest in the sea

Norma who has been sailing since she was 10, became a scout when she was 13 and received her King’s Scout award in 2002 at the age of 17.

Her late father Noordin Baharuddin, was a member of the Royal Selangor Yacht Club. He had a motor yacht and used to take the family out on his boat for a cruise on weekends, and Norma reckons her interest in sailing started from there, even though he didn’t exactly approve of her wanting a life on the sea. But her mother did encourage her to pursue her dream.

“When I’m out sailing on a boat at sea, I feel humbled and grateful. The sea generously imparts life lessons for me to apply when I’m back on land, ” she says.

“I love sailing because it connects me to mother nature, makes me agile and fit, and it’s a great activity that connects people on board a boat, ” she adds. 'I love sailing because it connects me to mother nature, makes me agile and fit, and it’s a great activity that connects people on board a boat,' says Norma. Photo: The Star/KK Sham

Norma first got into the world of sea scouting when her mentor, the Eric Khoo Heng Pheng, the second Malaysian to be elected into the World Scout Committee, introduced her to the World Organisation of the Scouting Movement (WOSM), of which she is now a volunteer consultant, and also to his historic Melaka sea scout troop which started in 1938.

Just as there are land scouts, there are also sea scouts and air scouts. All have the same purpose of building good character through the outdoors, whether it’s land, sea or air. In cases of emergency, scouts are usually the first to step up to help, explains Norma.

She has been carrying out the sea scouting programme since 2009. She manages two open troops: Seal 30 (Kuala Lumpur) and 7th Fort (Melaka).

“When I train the sea scouts in sailing, they all get an opportunity to rotate in their roles – whether as navigator, lookout, skipper, operator, or others and this can relate to life.

“A skipper is one who multi-tasks, sees the bigger picture and leads – such as a class monitor or CEO. Lookout is one who find problems or mistakes so that they can be solved or corrected – such as an auditor or editor. Navigators are the advisors who show the best course of action based on data. Operators are the managers who run the boat or company, ” she describes.

In a regatta, her job as skipper includes accounting for each and every person on board, not an easy task for an adult crew, and even more challenging for a crew of teenagers.

“Kids don’t have the attention span to last the entire sail so they take turns being on deck. Also, if anyone falls aboard, it’s impossible to hear them and you wouldn’t know until you get to the destination, so it’s very high risk. As skipper, you must have 100% awareness to know where each crew member is at every point of time, and headcount every few minutes, ” she says, adding that they gain lots of life lessons from sailing and being a sea scout.

A skipper is defined as a “master of a boat” and that’s essentially what Norma, who owns her own boat named “Rangga” (which means the centre of the universe in Indonesian), is. She is also currently pursuing her Inshore Skipper Certification (ISSA), another phase in her sail training to be a better educator.

Passing on her knowledge She recalls a moment during the regatta when a crew member on another boat had a heart attack.

“Sea scouts are trained in radio communications. So when we heard the distress signal, we got the child (on radio duty) to send a message via their WhatsApp group to one of the parents (on land) who is a doctor, and they immediately arranged for an ambulance which was ready and waiting when the other boat docked, ” Norma relates. “Unfortunately, the person didn’t make it, but I’m proud of my sea scouts because they acted promptly and did what they could to help, ” she says.

The regatta is a good experience for the sea scouts because they get to read maps, navigate, communicate on the radio, and work together as a team.

“They’re also put in a situation where they can’t give up halfway because they must get to the destination whatever it takes, ” she says.

She admits that running open troops (as opposed to school troops) can be more challenging because there isn’t a fixed yearly intake of a specific number of children from the schools that she can recruit.

“It’s based on word-of-mouth and parental consent and we usually liaise with each individual parent, so they must have confidence in our organisation, activities and SOPs before they will enroll their children, ” she says. “But this can be an advantage because it ensures the quality of the activities provided to the children who want to become sea scouts.”

She adds that there aren’t any pre-requisites to become a sea scout, but their training is primarily focused on helping the children achieve their sea scouting awards – including King’s Scout Award, Baden-Powell Award, and Duke of Edinburgh Award – which involve a combination of many skills that they get badges for.

“We’ll spell out everything, which badge they need to work on first, all the way to the end, to help manage the child’s expectations. Then, the child can make an informed decision of how and whether to proceed, ” she says.

Not all the activities are on water as they also carry the regular scouting syllabus – which includes camping and hiking – so some of it is on land too.

“The children don’t even need to be familiar with swimming or water activities, although they will have the opportunity to learn in the course of their sea scouting, ” says Norma.

The activities are based on demand and categorised into the five disciplines of sea scouting: naval traditions, seamanship, water recreation, navigation and lifesaving.

Although in-person activities weren’t possible during the MCOs, they’ve held several online webinars for the children during this time.

During the recovery MCO when interstate travel was allowed, they resumed activities, with strict SOPs, including a week-long Sea Ops one-star kayak certification at Port Dickson. There were 25 sea scouts who required this certification for their Duke of Edinburgh Award. 'Life is a matter of sprints. Keep them short, targeted and make it count. After that, take a rest, Then repeat,' says Norma. Photo: The Star/KK ShamBut, all this is “just recreation” to her, she says. Norma holds a full-time job, running two enterprises: the first being web development and graphic design and the second, yacht surveying.

She has also been previously employed in “investigative jobs”, including private investigator and marine surveyor, and has a medical bioscience degree from Monash University Malaysia. She is also currently studying law.

When asked how she finds the time to do all these activities besides running two companies, she laughingly says: “You don’t, you just sleep less!”

Norma shares that she strongly believes in agile methodology, a project management method where the project is broken into several phases, and goes through cycles of planning, execution and evaluation, and includes engaging with stakeholders at each stage.

“Life is a matter of sprints. Keep them short, targeted and make it count. After that, take a rest, Then repeat, ” she says.

It’s important to invest small sprints of energy, working on different parts of the project in achievable amounts, with rest in between, until the whole thing is done, rather than trying to run an endurance marathon all the way till the end without a break and then get burnt out, she explains.

“And during that rest, do your recreation and you’ll find your energy for the next sprint, ” she says.

Of course, Norma is on a calculated work and recreation schedule.

“It’s also important to take a few steps back to look at the big picture and evaluate and adjust if necessary, ” she concludes.

Her future plans include starting a sailing school with the ISSA (International Sailing School Association) syllabus as there is currently none in Malaysia that offers this yet. 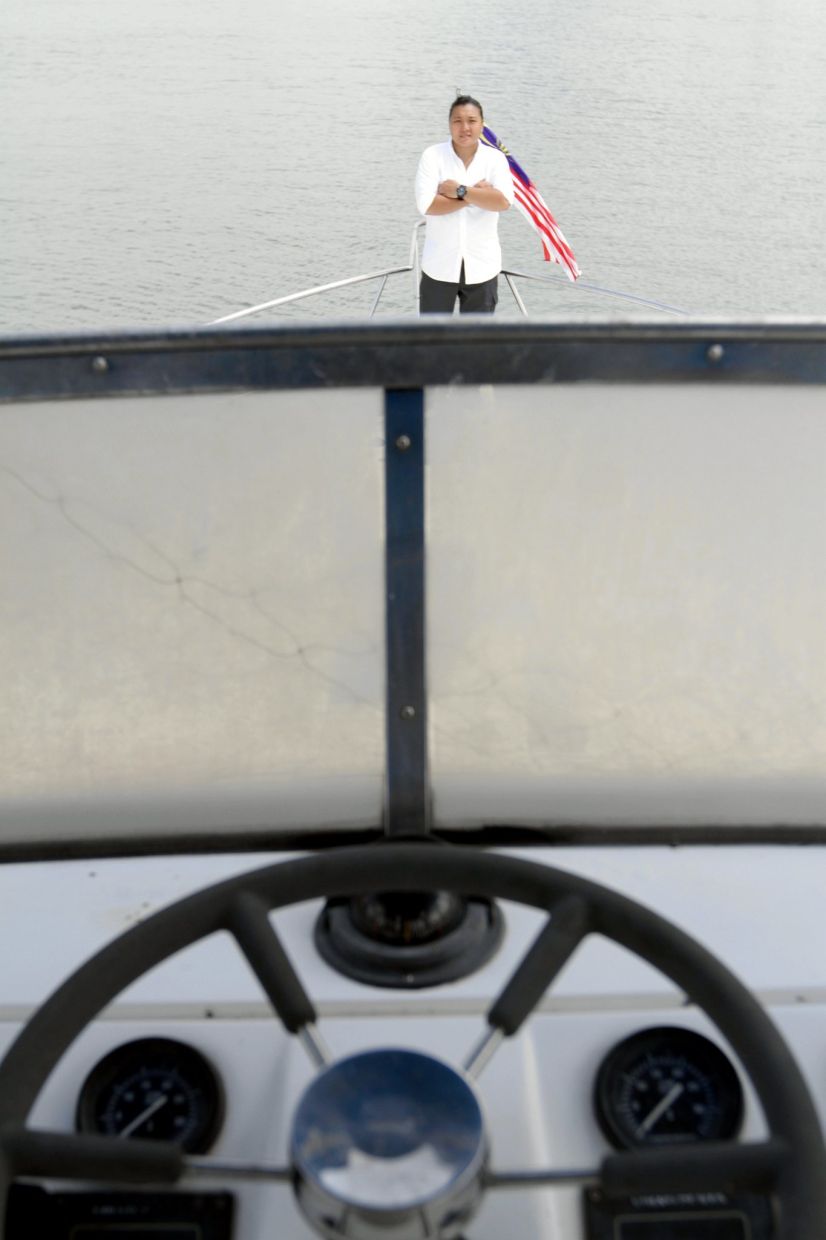 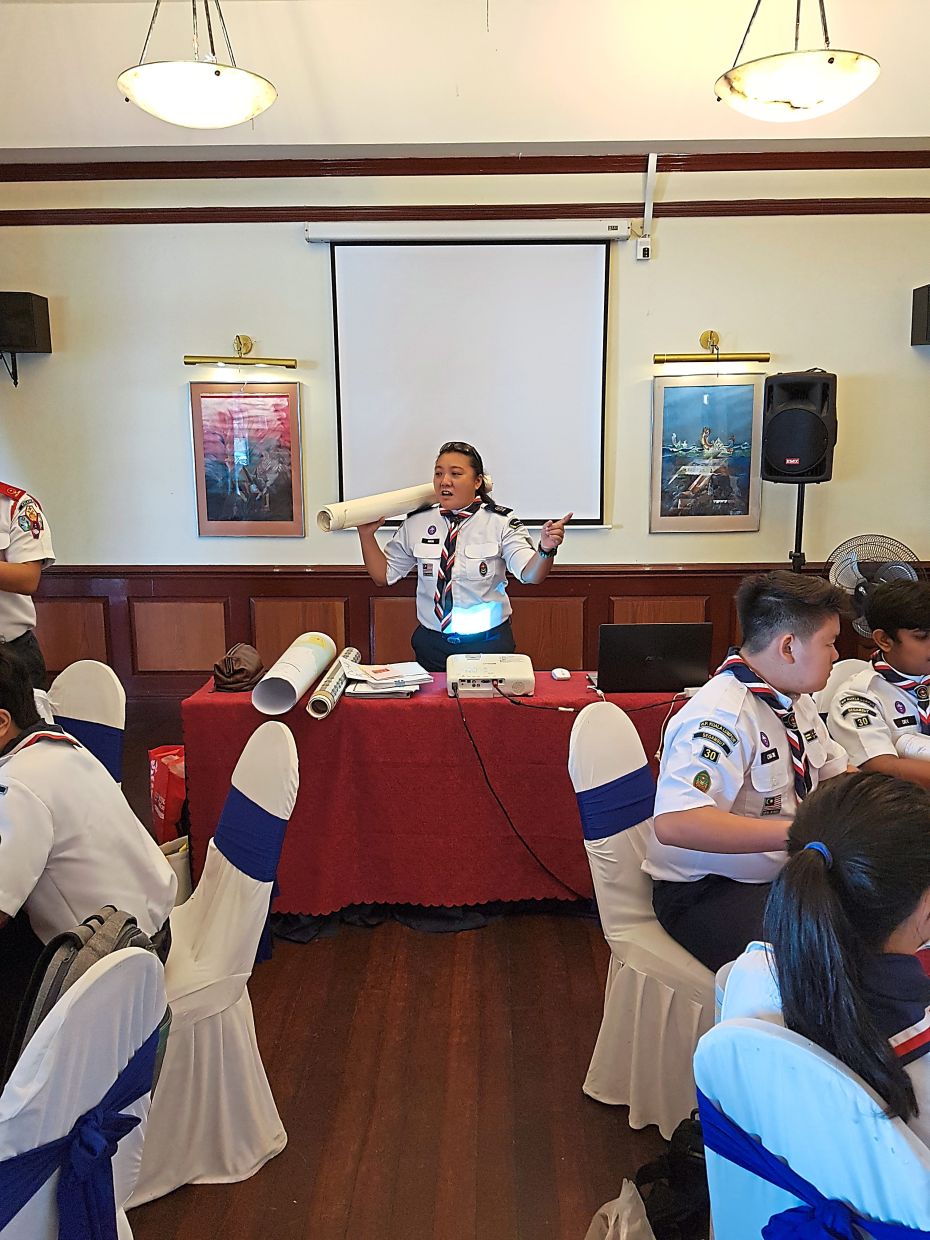 'When I’m out sailing on a boat at sea, I feel humbled and grateful. The sea generously imparts life lessons for me to apply when I’m back on land, ' says Norma Noordin. Photo: The Star/KK Sham

Not only is Norma the first Malaysian female skipper to have participated in the Raja Muda Selangor International Regatta, her team was the only one with a crew of teenagers. Photo: The Star/KK Sham

Norma (in white) with her teammates. Photo: The Star/KK Sham

'I love sailing because it connects me to mother nature, makes me agile and fit, and it’s a great activity that connects people on board a boat, ' says Norma. Photo: The Star/KK Sham

Norma with her fellow trainers on board the Rangga. Photo: The Star/KK Sham

'Life is a matter of sprints. Keep them short, targeted and make it count. After that, take a rest, Then repeat, ' says Norma. Photo: The Star/KK Sham

Norma's late father used to take the family out on his boat for a cruise on weekends, and Norma reckons her interest in sailing started from there, even though he didn’t exactly approve of her wanting a life on the sea. Photo: The Star/KK Sham

Norma in a training session with her sea scouts troop before the pandemic. Photo: Morph Outdoors

'One advantage the children have over the adult competitors in the regatta, is their sea scout training, ' says Norma. Photo: Morph Outdoors

Norma is passionate about imparting her knowledge and nurturing young sea scouts as she feels she is passing along skills the young scouts will use for the rest of their lives. Photo: Morph Outdoors