According to Chong, men Members of Parliament rarely talk about such issues, and it’s the women in parliament who will raise these issues. And, sometimes, the men MPs will make fun of the issue when it’s raised.

“Even the allocation of funds and national resources isn’t from a gender-sensitive perspective, such as the concerns of mothers like the need for breastfeeding facilities and childcare centres, or the needs of single mothers,” she says.

“And because there isn’t an adequate representation of women MPs in parliament, these issues are seldom addressed adequately,” she adds. 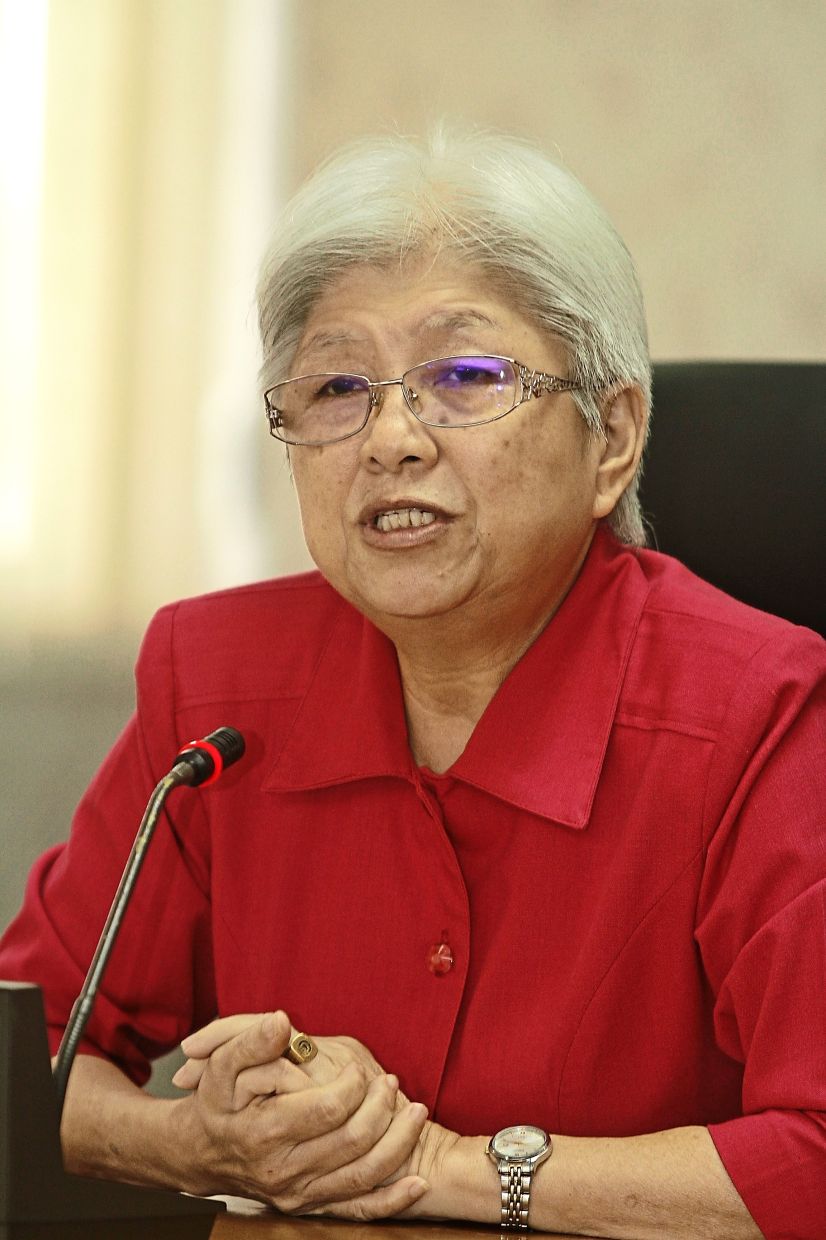 Because there isn’t an adequate representation of women MPs in parliament, gender-related issues are seldom addressed in parliament, says Chong. Photo: Filepic“Without special measures such as TWOAS, it will take decades, if not a lifetime, before gender balance is achieved. We’re proud that Penang has taken this bold and long overdue step forward, demonstrating its practical commitment to gender equality, ” says Women’s Centre for Change (WCC) Penang in a statement.

TWOAS, said to be a “first of its kind in the country”, will help increase women’s representation in the state assembly, parliament, cabinet and state executive committee.

“Thirty per cent is merely a minimum threshold; a means to an end, and not an end in itself. Ultimately, in line with the Gender Inclusiveness Policy, 40:40:20 (40% men, 40% women and 20% any gender) is the ideal balance for gender representation at decision-making levels,” the WCC statement says.

The Joint Action Group for Gender Equality (JAG) highlights that currently, only 14.4% of Malaysia’s Members of Parliament are women. None of its 13 states have achieved the minimum 30% women’s representation in their respective legislative assemblies, with the closest being Perlis at 26.7%, followed by Selangor (21.4%), Johor (16.1%) and Penang (15.0%).

“TWOAS is a solution to rectify the problem of gender inequality. Ultimately, increasing the representation of women, especially mothers, in parliament, is good not just for the women and children, but also for the nation as a whole because it creates a more balanced society,” says Chong, who also heads the committee set-up to spearhead TWOAS.

Chong adds that one of the biggest obstacles to increasing women’s representation is the political party structure.

“It’s a male-dominated structure and to get from branch to division to state to national level, it’s not a level playing field for women. So it’s not easy for women to compete, that’s why not many women go into politics,” she explains.

“But, women must step forward, take up positions, and involve themselves. A lot of women underestimate themselves and don’t want to take up positions because traditionally, they’re trained or ingrained to think of their gender as caregivers or supporters, namely the woman behind the man,” she says.

“But for the good of the nation as a whole, capable women must take up the post to increase women representation, not just for the sake of the position, but for decision-making purposes, so that gender-based issues can be properly addressed in parliament,” says Chong.

Despite the pandemic and various movement control orders, the progress of TWOAS is on schedule.

“During the pandemic, the consultations that the committee has with the stakeholders (lawmakers, state assembly, MPs and local councilors) is still being carried out, but online instead of face-to-face,” says Chong. Gender inclusion is an important feature in any modern society, says Wong.“The town hall meetings are either face-to-face, online or hybrid (with panelists in one location but live, so people can attend online), depending on the circumstances of the pandemic, and whether the MCO is on or lifted,” she says.

“We’re also getting people to send us their opinion and feedback through email, not just within Penang, but also nationally and internationally,” she adds.

Chong reveals that most of the feedback has so far been positive, although some concerns have been highlighted.

“Some have queried that if women aduns (state assemblymen) can be appointed, what is the difference between an appointed adun vs an elected adun, and also what is their power, renumeration or qualification,” says Chong.

She adds that they are looking into this “since there are two categories of aduns, whether there should be a differentiation in terms of the power that they have, or their renumeration, and also how women can qualify to be in the party list”.

“For women to qualify to be in the party list, it’s stipulated that they must have a proven track record, done something significant regarding women’s issues, and have an understanding of gender-related issues, or they’ve to attend courses by the Penang Women's Development Corporation (PWDC), ” she says.

Getting the State to amend its Constitution to allow the TWOAS system at the State Assembly Sitting in Nov 2021 (as mentioned by the Penang Chief Minister) is reasonable, timing-wise, says Chong.

“We’ve been discussing this system since 2016 and the first few months of this year have been sufficient for us to carry out the consultations. Next, we’ll sit down to draft the amendment,” she says.

Chong adds that the only concern is how the movement control order will affect all this, whether it will slow things down. But they are optimistic everything will progress as planned.

They aim to complete all the consultations in the first four months of the year and then study the different views and if there are any concerns, come up with solutions to address these concerns.

“Our committee – of six to seven persons - is very enthusiastic and really wants to make this happen as soon as possible,” she says.

Malaysian political scientist, activist and columnist Dr Wong Chin Huat believes that TWOAS is “an idea whose time has come”.

“Gender inclusion is an important feature in any modern society, and fortunately, here in Penang, we have pragmatic and determined women activists in the PWDC circle who have set out to raise the women quota through electoral system change since 2016. We also have visionary leaders like Chief Minister Chow Kon Yeow and Exco Chong Eng (herself a veteran women's rights activist, who set up PWDC) who both want Penang to lead Malaysia in advancing gender inclusion, diversity and inclusion,” he says.