Aimee Soon (left) and Mei Ng became best friends soon after meeting each other while undergoing treatment for cancer.

To some, being diagnosed with cancer may seem like the end of the world. But to Mei Ng, 39, and Aimee Soon, 42, it was just the beginning of a new journey in life.

When both Ng and Soon were pregnant, they were diagnosed with breast cancer. But despite feeling devastated about their illness, the pair, who met while undergoing chemotherapy treatment at the hospital, decided to do something positive to cheer themselves up.

The last thing I expected

Ng was diagnosed with breast cancer in Dec 2014 during her seventh month of pregnancy.

“I have a healthy and positive lifestyle so breast cancer was the last thing I expected. I felt like my whole world had collapsed around me when I received the diagnosis, ” she recalls.

“But what saw me through the ordeal was my family’s support. They gave me the strength to fight the cancer battle, ” she says. 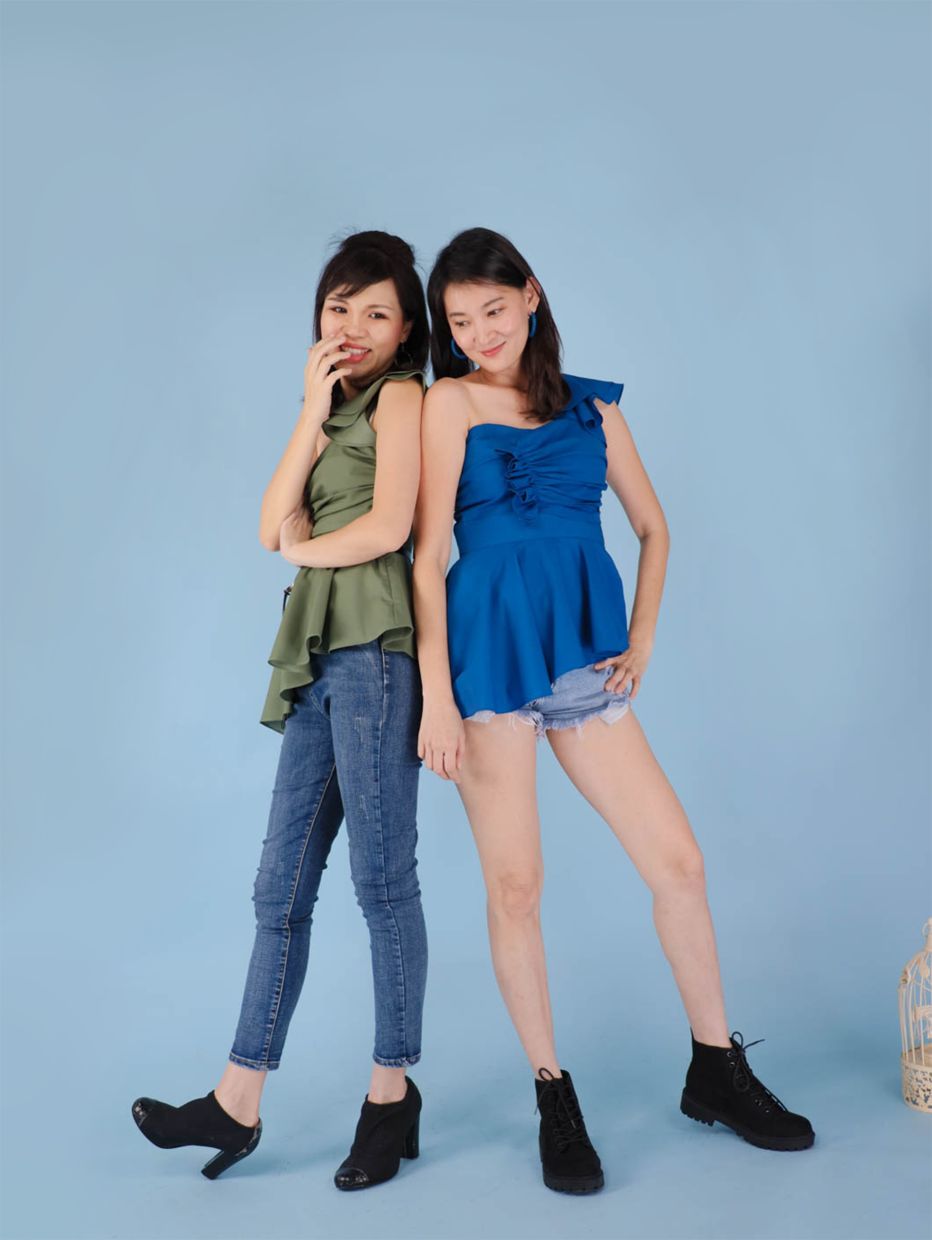 As part of pursuing their dreams after going through the cancer journey, the pair decided to start their own line of clothing for women.

Ng gave birth to a baby boy in Jan 2015, and her baby was placed in the ICU for one month.

“I had to be strong and get better so that I could care for my baby, ” she says.

A week after delivery, she proceeded with the cancer treatments at the Universiti Malaya Specialist Centre in Petaling Jaya, Selangor.

Today, Ng has completed her cancer treatments – which included chemotherapy, mastectomy, radiotherapy and targeted therapy – and is currently cancer free.

Soon was diagnosed with breast cancer in Aug 2015 when she was pregnant.

“It was pretty heart-wrenching when I first came to know the result from my doctor. I was in total shock and didn’t know what to expect, ” she says.

Soon had to go through a mastectomy at a private hospital in KL while she was pregnant.

“It was such a tough and challenging time for me, even the way people looked at me as a sick, pregnant woman, made it worse. But I told myself to be strong not just for myself but also my unborn baby and it was my supportive family and friends’ love and care that got me through this time, ” she adds.

Eight days after giving birth, she started going for treatment. She has gone through chemotherapy and radiation therapy at University of Malaya Medical Centre.

"I've had nine rounds of chemotherapy and 20 rounds of radiation therapy and completed my treatments in 2016," she says.

“Going through all of that makes me want to make my life better, enjoy each moment, and pursue my dreams, ” she says.

And that is exactly what the two women did.

Not long after meeting, Ng and Soon became the best of friends.

“We just hit it off immediately and became besties, ” says Ng.

The pair reveal that going through cancer and treatments can be traumatic and devastating, especially to their self-confidence. They would often feel unappealing and unattractive.

As part of pursuing their dreams after going through the cancer journey, the pair decided to start their own line of clothing for women.

“We wanted to express ourselves through something creative and beautiful so that could claim back our pre-cancer selves when we could dress up, doll up and feel attractive again, ” she says.

They started WonderMe in 2017, which features a series of capsule collections, ranging from casual to formal womenswear, including dresses, jumpsuits, rompers, shirts, outerwear, skirts, shorts and others.

“Through our clothing, we hope to channel positivity and confidence to women who are fighting their own battles, and remind them that they too can achieve anything no matter what they’ve gone through, ” says Soon.

Just like their friendship, the two cancer survivors hope that their pieces will become a bestie to the wearer, accompanying her through different phases in life and adding colour to her life.

In conjunction with Chinese New Year, they have launched a collection featuring traditional cheongsams with floral motifs alongside retro checkered patterns in bright hues.

Turning the tide against cancer with innovative treatments

Cancer patients in rural Sarawak left in the lurch