To die with no regrets

Nurul Izza has been a hospice nurse for seven years.

She says it was her own family that drew her into a career caring for the terminally ill, especially cancer patients.

“My family has been touched by cancer in many ways. Both my grandfather and uncle passed away from colon cancer and lung cancer respectively. I always knew that I wanted to do something related to cancer,” she says.

At that time when they passed away, Nurul says that they were totally unprepared and didn’t really know what to do.

“It’s natural for family members to panic when they don’t know what to do or how to help their dying family member,” she says.

There are often regrets too.

When Nurul Izza left her hometown Alor Setar where her grandfather was staying to return to Kuala Lumpur, she didn’t have time to say goodbye or tell him that she appreciated him. She took for granted she would be able to do so during her next visit.

But it was the last time that she saw him because he died.

“Most patients know when they are going to die. As I was preparing to return to KL, my grandfather kept asking if we really wanted to go back so soon. At that time, we didn’t understand why. But now we realise he was trying to tell us that he didn’t have much time left and wanted to spend his last days with us,” she recalls.

Not knowing how to care for loved ones who are dying may mean missing out on a lot of meaningful times.

“There will be a lot of regrets and ‘what ifs’ if nobody prepares you and tells you beforehand what to expect,” says Nurul Izza.

“I didn’t want anyone else to live with that regret. Because of my experience, I’ve always wanted to become a hospice nurse. It’s my mission to always prepare my patient and their family,” she says.

Palliative care ensures a patient has a quality life even when they have a life-limiting illness such as cancer. Just because they are dying, it doesn’t mean they should suffer that pain – whether physical or emotion – or not have a quality end of life, she explains.

A hospice nurse’s role is to normalise the experience of dying for the patient and their family. While some patients are open and willing to talk about death and dying, many aren’t and that makes it seem bigger or more fearful.

“We provide an outlet for the patient and family members to vocalise their fears, and we try to help them get through any emotions of helplessness and anger,” she says. Before the MCO, they would see each of their patients once every two weeks. For Nurul – one of six nurses at Kasih Hospice – that means visiting three to four patients each day. But during the pandemic, a lot of the work is done through phone/video calls.

“There are limitations because some patients don’t know how to tell us what the problem is, so it’s easier to visit them to find out what’s troubling them. Now we have to depend on their family members to tell us,” she says.

During the MCO, they visited only patients with unresolved issues, such as those with very severe pain or who didn’t have proper medication. But they haven’t had any issues going out for patient visits as it’s an essential service and they have been following the proper SOPs and wearing the full PPE.

Unlike other jobs, a hospice nurse’s work doesn’t end after office hours.

“We get calls late at night because our patients’ needs don’t end just because the office is closed. Caring for patients is 24/7 work,” says Nurul Izza.

Although it’s a tough job that requires a great deal of emotional strength, Nurul Izza says she has received the kind of wealth that money can’t buy.

“I’ve learnt so much from my patients. They've taught me a lot – especially about handling emotions and how to care. They have enriched my life in many ways,” she says.

Coincidentally, last year, Nurul Izza’s mother was diagnosed with cancer and she says working as a hospice nurse has prepared her to care for her mother too. 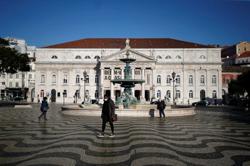