Members of the public can help make the city safer by taking action when they witness sexual harassment happening, says Yeoh. Photos: THE STAR/Azhar Mafof

In conjunction with the 16 Days of Activism Against Gender Based Violence, the Safe City Campaign has been launched to address sexual harassment in public spaces.

The Safe City Campaign is a collaboration between Engender Consultancy, Sisterhood Alliance and Red Dot Foundation, to come up with solutions to keep cities safe globally from sexual harassment and gender-based violence.

The one-year programme involves working with the local government, residents’ associations, private sector and community, to create safe spaces that are free from sexual harassment.

According to statistics from All Women’s Action Society (Awam), there has been a huge rise in gender-based violence during the pandemic.

Awam programme and operations manager Nisha Sabanayagam says: “When the pandemic hit and there was the MCO in March for many weeks, it resulted in a spike in gender-based violence, and what experts are calling ‘shadow pandemic’ or ‘a pandemic within a pandemic’.”

The number of online sexual harassment cases recorded has increased from five for the last three years, to 13 cases during the MCO, to 50 cases by October this year.

Sexual harassment is defined as an action of a sexual nature – comments, gestures, flashing, assault, rape – that is unwanted, uninvited, and makes a person feel uncomfortable, threatened and suffer a loss of dignity, while public spaces refers to places that are generally open and are accessible to all.

Sexual harassment occurs in all segments of society, and is no respecter of age or social status.

“Victims range from young children to senior citizens. We have clients from all socio-economic sectors – from the lower income group living in the PPR flats to those who are in the upper income groups, ” says Nisha. 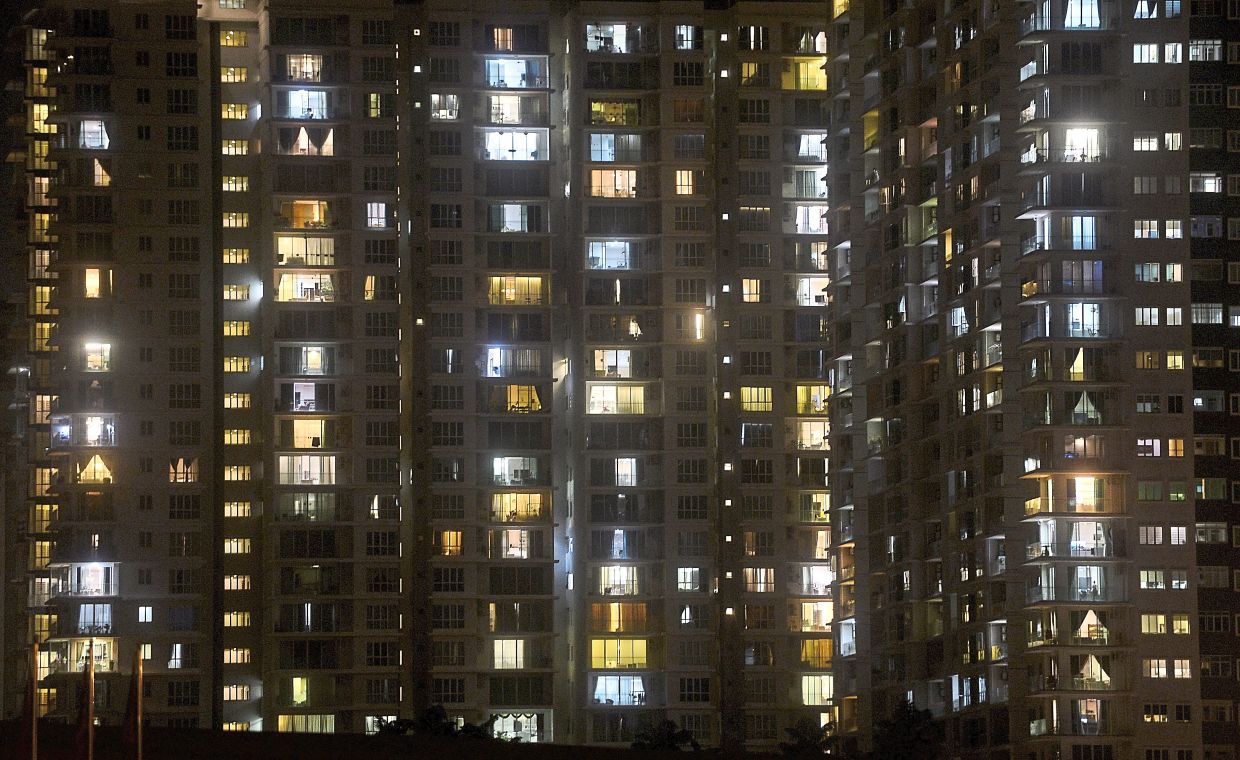 A sexual harassment survey by Engender Consultancy this year analyses the responses of 654 individuals (80% women, 20% men) from all ethnic backgrounds, including those with disabilities.

Over 70 cities in Malaysia have been identified as areas where sexual harassment has taken place, with the top ones being Kuala Lumpur, Petaling Jaya, Kuching, Kota Kinabalu, Shah Alam, Klang, Putrajaya, Subang Jaya, Johor Baru, and Georgetown.

“Although 36.3% of the perpetrators are strangers, the majority are friends. acquaintances, peers, persons in authority, and family/relatives, ” she says.

“The trauma of sexual harassment often affects a victim years after the incident: their behaviour changes, they may feel insecure in the presence of men and become more cautious, aggressive, assertive, steely, even ignoring people, especially men.

"It also affects their mental health: they have depression, low self-esteem, flashbacks of incident, anxiety and fear, or trauma.

"They may also became more introverted and anti-social, and their lifestyle is also impacted: they may stop taking public transport, or move away from the area where the perpetrator is. Some even have physical intimacy issues in their relationships, ” says Fernandes.

Awam has received clients who have been sexually harassed as many as six or 10 years ago.

“They still suffer from the effects of that harassment and it still troubles them mentally. And perhaps, they get triggered by something recent, ” says Nisha.

“Some only feel less afraid and able to do something about it years later after the incident, ” she says.

“Survivors of sexual harassment may adopt coping strategies like always being with a friend, especially a male, for protection, always trying to keep a distance from people, always being on an alert mode and ready to defend themselves, and even learning self-defence, ” adds Fernandes.

At the extreme end, sexual harassment can also result in fatalities.

“A victim who was sexually harassed online was found dead. Because nothing was done, the harassment continued to escalate until it resulted in her death.

"Another victim took her own life when she was sexually harassed. She jumped to her death after a perpetrator threatened to viral her intimate photographs online, ” says Nisha.

The respondents to Engender’s survey have several recommendations to address the issue of sexual harassment in public spaces, including having more media coverage, raising awareness in educational institutions, having a local hotline for reporting cases, training social welfare officers to receive reports and support survivors, having a designated department in the city council to address reports, encouraging more upstander (as opposed to bystander) intervention, and more public service announcements or posters in strategic places.

For victims who experienced sexual harassment directly, 46.6% did not take any action, while 53% took action by informing someone such as a friend or family member, reporting to an internal person-in-charge, reporting to public authorities, or confronting the perpetrator.

For those who didn’t take any action, they admit it is because they feel society “normalises” it and nothing will be done about it, there is no facility for them to report it, they don’t feel safe about reporting it, they blame themselves for what has happened, or they are too young to understand what has happened, reveals Fernandes.

For respondents who witnessed or heard about the sexual harassment, only 39.2% took action to support the victim.

“Members of the public can help make the city safer by taking action when they witness sexual harassment happening, ” says Yeoh.

Bystanders can become upstanders by bearing in mind the “four ‘D’s: direct, distract, delegate, and delay”, she says. 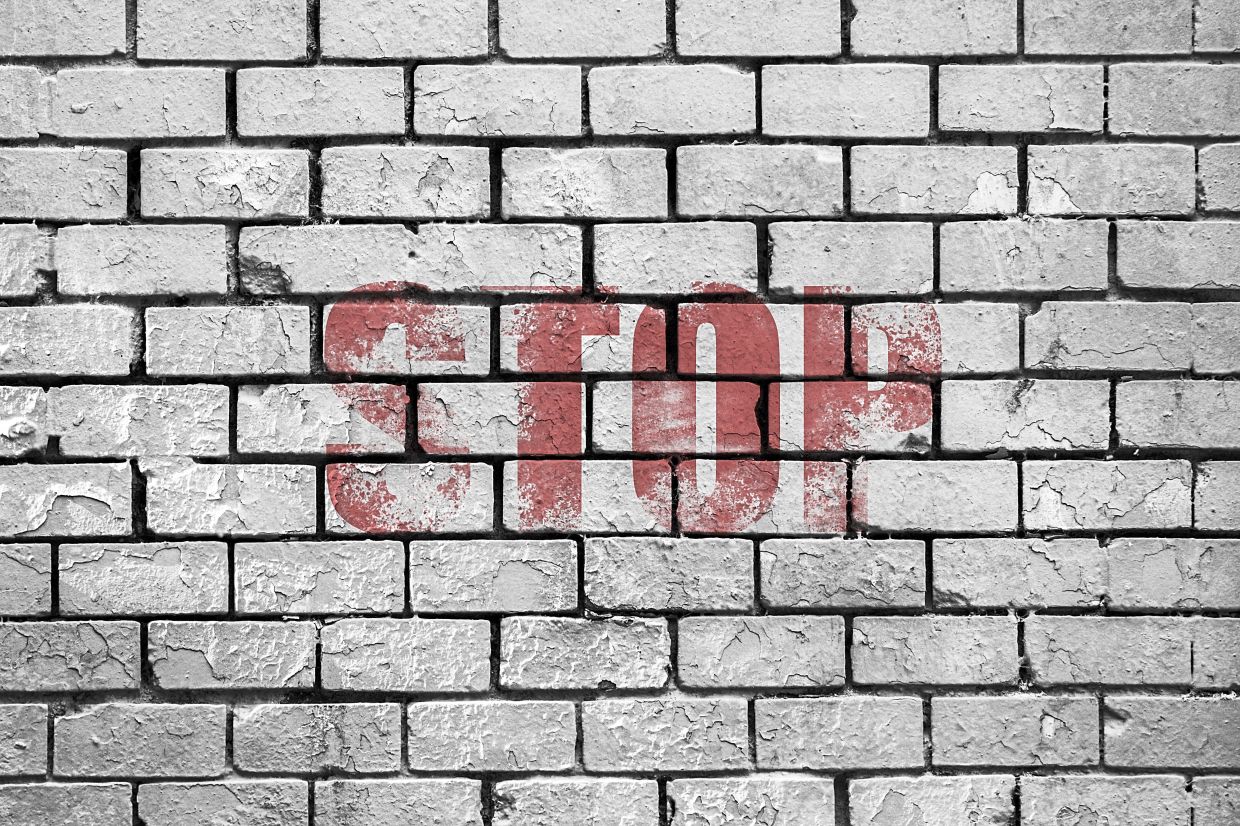 “They can get directly involved such as asking the perpetrator ‘hey, what are you doing?’ Or they can distract the attention of the perpetrator and victim with the intention of safeguarding the later such as standing nearer to them or pretending to knock into them when on public transport.

"But if they don’t feel comfortable intervening, they can delegate or ask someone to accompany them to support the victim. Finally, if they can delay the situation so that the victim can escape, ” she says.

Red Dot Foundation founder and ceo Elsa Marie D’Silva says: “Not all men are perpetrators of sexual harassment, but most men are silent bystanders. And by doing so, they are encouraging and abetting the sexual harassment to take place. So, men need to step up to do what is right.”

The women concur that what is worrying is, despite the increase in the number of sexual harassment cases, a standalone sexual harassment legislation to protect the victims has yet to be passed in parliament. The issue has been in deadlock for almost 20 years.

“Often victims do not take action because of fear, lack of protection or supportive law, or no facilities for reporting.

"Although there are laws against domestic violence and assault (rape), these laws are not protective enough. That’s why a standalone Sexual Harassment Act is very important, ” says Yeoh.

In 2001, a standalone sexual harassment bill was submitted to the Ministry of Women, Family and Community Development (KPWKM).

A team was set up to review and redraft it in 2018. Then, early this year, a special project team led by the Ministry of Women, Family and Community Development (KPWKM) was set up to again draft the standalone sexual harassment legislation, which is supposed to be tabled in parliament by end of 2020.

“Despite the bill having already been drafted fully and completely by several stakeholders, including women’s rights organisations, what is upsetting is that it still hasn’t been passed yet, ” says Nisha.