By ARIESSA RAZALI and JAMIE YONG 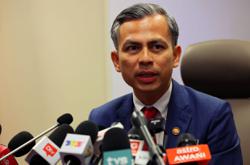 Who is to say that content creators on social media are only for the young? With the pandemic and everyone staying home as much as possible, social media platforms such as TikTok, YouTube and Instagram have fast become creative outlets for people of all ages. Even seniors who have begun making their mark with their content and, some might even say, giving youngsters a run for their money.

The video-sharing social platform, TikTok is generally dominated by the Generation Z audience aged between 16 to 22. Even the millennial generation can often feel a bit too old for the app.

However, some senior citizens are rejecting the notion that the app isn’t meant for their generation. Ng Chin Yong in a viral TikTok video taken by his daughter that has since gained 715,000 likes. Photo: TikTokTikTok user Ceymone Ng from Malaysia often includes her dad, Ng Chin Yoong, 66, in her TikTok posts. She participated in the #imjustakidchallenge on the platform, where users recreate an old picture with their family members accompanied by Simple Plan’s “I’m Just A Kid” song as the soundtrack to their nostalgic video.

In her video, Ceymone sits on her father’s lap as he tries to hoist her up by her underarms which quickly transitions into a photo of them 18 years ago, in the same pose.

“The challenge was fun and somewhat nostalgic for my parents to see me all grown up already, ” said the 24-year old dietitian, adding that it brought back good childhood memories to her.

Another post where Ng is seen watering the plants in his home garden in the pouring rain, chided by his daughter has garnered more than 715,000 likes on TikTok to date.

Ceymone was surprised that the video of her cheeky father accumulated an astounding number of likes on the video-sharing social platform.

“Honestly, it caught me off-guard when I found out my video got that much attention. I think it’s because of its humorous nature and is out of the norm, ” Ceymone said.

“I think people generally like to watch the elderly making funny videos like this because it makes them seem cool and cute, ” she added.

The sweet video of themselves posing together and smiling lovingly like their old photograph has garnered more than 484,000 views on Instagram (@chedetofficial) and more than one million views on TikTok in less than one day. His followers are obviously awed by his endearing relationship with Dr Siti Hasmah as they left over 7,000 comments on both platforms congratulating and adoring their everlasting love story.

They have been making TikTok videos on @akshaypartha for more than a year and have received positive responses from the community since. According to Hindustan Times, Akshay disclosed that they made videos based on the trends found on the platform.

“We don’t put much effort while making a video, we enjoy (ourselves) while doing it and it’s all for fun, ” said Akshay in the Hindustan Times article. From performing dance challenges to using funny filters, this duo oozes playfulness and joy in their videos.

In the United States, Lynn Davis, or better known as Lynja or @cookingwithlynja is actively posting cooking contents on her TikTok account, and is easily becoming one of the app’s most enjoyable new food stars.

Cooking with Lynja has understandably over 700,000 followers and 6.8 million total likes on her 39 videos thanks to her quirkiness and fun video-editing capabilities that appeals more to the online generation. In an interview for Vice, Lynja said, “I believe the videos became popular because I am an older person on an app where a large part of the audience is much younger than me, ” Lynn said.

While the title for TikTok’s ultimate grandma might be contested, Lynja accepts it regardless. “I love being referred to as a grandmother as I am a grandmother in real life, ” she was reported as having said.

Korean grandparents Grandpa Chan and Grandma Marina have been actively posting on their social media platforms as a way to connect with their four grandchildren.

(@drawings_for_my_grandchildren). They ventured into Instagram as a visual diary - a way to tell their grandchildren what they have been up to or retelling fond memories they shared in the past.

To get other family members involved, the grandparents took part in the #gettychallenge which reimagines a famous painting with your own version. With more than 398,000 followers on their Instagram account, they have raked more than 47,000 likes on this post alone!

On the other hand, their TikTok account (@grandpachan) has more than 449.900 followers and 4.9 million likes so far. The Korean pair releases videos of not just themselves but even with some of their grandsons too. Their jolly and lively spirit shines through easily in all their videos.

The Instagram account @wantshowasyoung depicts them modelling clothing that people have either forgotten or failed to collect from their laundry over the years. The fashionable elderly couple has since gained 607,000 followers and has been featured in the Taiwanese edition of Vogue and Marie Claire.

91-year-old Singaporean grandfather smiles shyly after receiving cake from his grandson in celebration of Father's Day. Photo: TikTokIn Singapore, a 91-year-old grandfather has brought smiles to many around the world simply because his grandson, Emerson Gideon Ng, decided to upload videos of him reviewing food trends on YouTube. Some of these trends range from making your own dalgona coffee to trying bubble tea to having a bite of the infamous basque burnt cheesecake.

The YouTube page titled Hojiakbo, which is a Hokkien term roughly translated to “Tasty or not?”, has quickly garnered 2,060 subscribers since the first video was released in May.

In these videos, you can see Ng’s grandfather questioning if it is a good idea to try these foods or drinks but you can see the curiosity in his eyes as well as softness to go along with his grandson’s request. This grandfather’s cheeky and adorable reactions sure can ignite all sorts of warm and fuzzy feelings in one’s heart!

Content creation truly has no age limits. Why not get creative with your elderly loved ones? 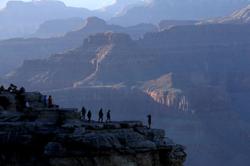 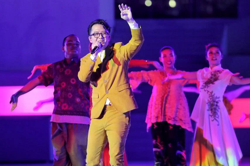