A few years back, a very good friend of mine, whom I knew through Facebook, confessed to me his love. I had zero affection towards him and I said so. But later on, we became good friends.

He's very caring and loving towards me. I liked the way he took good care of me, most of the time.

Over time, I started having a crush on him out of nowhere. I really started falling for him.

But then I found out that he has been in a relationship with a girl for a very long time. So, I started avoiding him. But he still won't stop buzzing me through WhatsApp.

I thought of being just friends with him. But he always flirts with me and keeps confessing that he likes me (indirectly).

We both had a mutual friend who told me that he's in a serious relationship with another girl. And when I asked him about his relationship status, he always denied it. He said that he's still single and not in any relationship.

One day, I asked him directly if he is in a relationship with (mentioned her name) and he said,"NO, WE ARE JUST GOOD FRIENDS."

The girl told the mutual friend that she is in a serious relationship with this guy, and the mum kind of knows about their relationship. With all this happening, he still continues to flirt with me – and I have no idea why. And I keep falling for him.

I blocked him on social media, I had arguments with him, even had big fights (I told him to stop playing with my feelings) yet he still does not stop being caring and loving towards me.

I am so confused. Why is he doing all this? Does he really like me? Or is he just playing with my feelings? Please help me, Thelma. This issue is bringing me into a depression phase already. Can't take this anymore.

Confused girl, I don't quite understand what's going on here. He says he's single and not in a relationship. You hear gossip about a girl who says she and he are dating. They can't both be true.

Do you believe he's an honest person? If yes, then go on a date. If not, then cut him out of your life and spend time with people you like and trust.

Tip: If you're meeting new people out of your friendship circle, you can avoid cheaters by making it clear in advance that you are an open person, that your relationships are known to your family and friends and that pictures of the two of you will be on public social media feeds. Are one night stands a global phenomena? 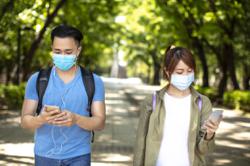