Ryan Dillon became a puppeteer to Elmo after he aced an audition in 2013. Photo: Sesame Workshop

Ryan Dillon is living his childhood dream as the current puppeteer who animates the red furry monster Elmo, one of the most popular characters on Sesame Street, one of the longest-running children television programmes in the world.

“Working for Sesame Street is like working for the NBA, if you want to play basketball,” says the 29-year-old American. “Jim Henson created the Muppets and also developed Muppets For Sesame Street. He created the style of puppetry. To be a small part of it is an absolute honour.”

Elmo and Dillon visited Singapore for the first time as part of the #ShareTheLaughter campaign by Sesame Workshop, the non-profit education organisation behind Sesame Street. They visited Universal Studios Singapore, the National Museum of Singapore and Singapore Zoo.

“We went to the National Museum and met a lot of great kids,” says Dillon. “They all knew how old Elmo is without being asked – Elmo is three-and-a-half years old. That connection that kids have with the character is really special.”

Dillon appears to have a special connection with the Sesame Street characters, too. In 2005, at age 17, he scored a job on Sesame Street after auditions. Within a week of shooting on the set of the fictional New York neighbourhood, he got a chance to helm his first puppet – a chicken with a feather stuck in her throat.

He says: “I was terrified. I was 17. When you start working with Sesame Street or the Muppets, it is very rare that you get handed a puppet at all. What tends to happen is you work for years as a right-hand for puppets that require two performers.”

He went on to play characters in all forms, from monsters to food. His big break came in 2013, after he aced an internal audition calling for a puppeteer to be Elmo and took over from Kevin Clash, who had played the role for 28 years.

Dillon says he tries to strike a balance between staying true to Elmo’s characteristics while growing the character. “Elmo specifically is all about love, he couldn’t lie to somebody if he wanted to. He is just a genuine young kid who loves playing and being with kids, and they know he is just honest.”

“Elmo is a legacy character, so a lot of his characteristics are built in already. But the real trick is finding the balance between keeping him true to who he is, without making him a stale copy of what came before. We are always trying to grow and make choices that will allow the character to grow, but not feel out of character.”

The best part of being Elmo for Dillon is interacting with excited kids visiting the set of Sesame Street and during live appearances. “They know the characters better than any of us because they are like family to them.”

Elmo also appears on The Furchester Hotel, a British spin-off of Sesame Street.

“I’ve met Mrs Obama several times. Those experiences are things you couldn’t buy,” he says. “Some people work really well with the puppets, some performers have a harder time of relating to something that isn’t a human. But Jimmy is really good, he just gets it.” – The Straits Times/Asia News Network 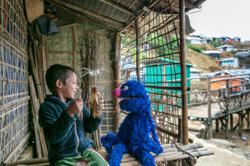 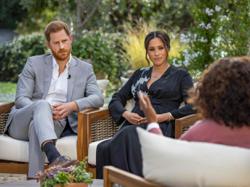