She is opening up about anxiety in her early 20s, and how it’s influenced some of her work. Photo: AFP

Elizabeth Olsen is opening up about anxiety in her early 20s, and how it’s influenced some of her work.

“I didn’t understand what anxiety or a panic attack was until I was 21,” the Doctor Strange In The Multiverse Of Madness star, 33, told Variety in an interview out Monday (Oct 3), noting that she “started getting panic attacks” then.

Though she “was not an anxious child,” Olsen recalled six months of suffering panic attacks “on the hour every hour” in New York City.

“I used to live on 13th St. between 6th and 7th. I was crossing 6th Ave. at 14th St., and I realised I couldn’t cross the street – I stood up against the wall, and I just thought I was going to drop dead at any moment,” said Olsen, adding she’d go “from cold to hot, hot to cold, full to hungry, hungry to full – any kind of shift in my body, my whole body thought, ‘Uh oh, something’s wrong!’ And I just started spiraling. It was so weird. An ENT doctor said that it could be vertigo related because it was all about truly spinning.”

Not wanting to take medication, though she had it “in case,” Olsen credited brain games – “similar to an acting exercise ... where you just are constantly making observations about the person in front of you and you’re just trying to connect” – with eventually helping her get past the panic attacks.

Olsen has since gone on to pen the children’s book, Hattie Harmony: Worry Detective, with husband Robbie Arnett.

“Anything that’s cute in ‘Hattie’ is my husband, anything that’s more about the lesson learned is me,” she told Variety. – New York Daily News/Tribune News Service 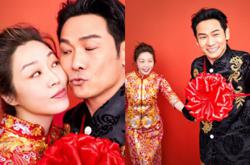