The Chennai-born actress urged her fans to be vigilant and aware of online phishing scams. Photo: Lakshmi Vasudevan/Instagram

Indian actress Lakshmi Vasudevan said she is a victim of an online phishing message. The actress took to Instagram to share her horrifying experience.

In the video posted on Sept 23, Lakshmi burst into tears revealing how her mobile phone was hacked after clicking on a phishing link, which eventually led to her receiving threat calls and messages. The scammers even went as far as to send fake, morphed obscene photos of the actress to her contacts.

She said: “On September 11th, I received a message saying that I have won 5 lakh rupees (RM28,000) of cash prize. As soon as I clicked on the link, the app was downloaded.

“The next minute, my phone got hacked but I didn’t realise it until three to four days later when I received messages saying that I had taken a loan of 5 thousand rupees."

The actress said that she continued receiving vulgar voice messages threatening to share morphed photos of her if she didn't pay up.

“Meanwhile, I came to know that the morphed photos of me were sent to my contacts including to all my relatives, friends and parents," said the 40-year-old, adding that she has lodged a report to the authorities.

The Chennai-born actress urged her fans to be vigilant and aware of such scams. 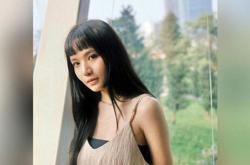