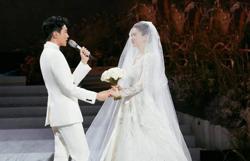 Baby Groot gets a short and sweet animated series will leave you warm and fuzzy but is over before you know it. – Photos: Disney+ Hotstar

I’ll admit it, I was seriously tempted to just type “I am Groot” here and just cut and paste it a couple hundred times and pass it off as a review. Because really, that is arguably the best way to review this cute little show featuring the three-word-vocabulary walking tree from the Guardians Of The Galaxy.

If you recall, in the first Guardians Of The Galaxy film way back in 2014, Groot ‘sacrificed’ himself to protect his fellow Guardians from a spaceship crash, and Rocket Racoon had to regrow him into a Baby Groot. The shorts are set before Avengers: Infinity War (when Groot was already a teenager), and probably around the timeline of Guardians Of The Galaxy Vol. 2. These five new shorts follow Baby Groot (voiced by Vin Diesel, in arguably his easiest paycheck ever) as he takes his first steps and does battle with a bonsai (Groot's First Steps), deals with an intruder on their ship (Groot's Pursuit), takes a bath (erm, Groot Takes A Bath), creates art (Magnus Opus), and discovers a colony of tiny little aliens (The Little Guy). Yes, it’s all very cute and cuddly stuff

My favourite was probably the one where he takes a bath, but really, they are all really fun and cute, and you can watch them all in less than 30 minutes.

That's probably the only 'gripe' I have about this series of shorts, that they are over too quickly. While there is a lot to love about these shorts, you also wish you had MORE to love. Each short only lasts less than five minutes, some are over in three. That's shorter than some movie trailers out there! Just make sure you don't take root in that mud, Groot.

The result is a show that keeps giving you warm and fuzzy feelings inside, but also snatch it all away so quickly that you are left grasping in thin air for that feeling, like trying to catch a floating leaf in the wind.

Fortunately, it’s been announced that there will be a second season (can you even call this a ‘season?), so hopefully we’ll be getting a lot more Groot next time around.

I AM GROOT! (Translation: Go watch it!) 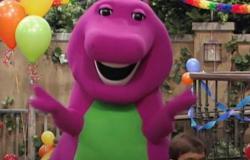