Dream and Death sitting on a park bench. Look out, pigeons. – Photos: Netflix

Forgive this rather obvious start, but Netflix's The Sandman is nothing short of a dream come true for fans of Neil Gaiman's beloved 1989-1996 fantasy comic-book series. It's obvious because, ironically, this Sandman robbed me of a weekend's worth of sleep.

Regrettably, I didn't get to savour much of Gaiman's saga in print form beyond the first dozen or so issues; when reviewing comics is a side gig, the day job takes priority.

This adaptation – with Gaiman himself at the helm – captures its essence so brilliantly (down to the Dave McKean art in every episode's end credits) that long-buried memories of reading those early issues over three decades ago surged to the fore as I watched the first episode, scarcely aware I was even breathing.

At the end of it, a deep breath – and then the realisation that I was misty-eyed, a numbed and almost jaded TV reviewer having been stirred to the core by an ethereal viewing experience.

Gee, Lucifer, I know you were tall, but not Brienne of Tarth tall.

First, a familiarisation tour. The Sandman revolves around Dream (Tom Sturridge), one of seven powerful but dysfunctional siblings embodying natural forces (the others being Death, Despair, Desire, Destiny, Delirium and Destruction).

Dream, aka Morpheus, rules the Dreaming – his realm, yes, but a place that is highly dependent upon the dreams generated by us lowly humans.

Roughly summarised, this season sees Dream trying to recover his lost implements (his pouch of sand, helm and ruby) after a long imprisonment by "mere" mortals.

He also needs to undo great damage that was wrought upon the world by his absence, and which continues to be inflicted by upstart beings like his stray creation the Corinthian (an initially unconvincing Boyd Holbrook, who soon grows into the role and imbues it with a dangerous charisma). 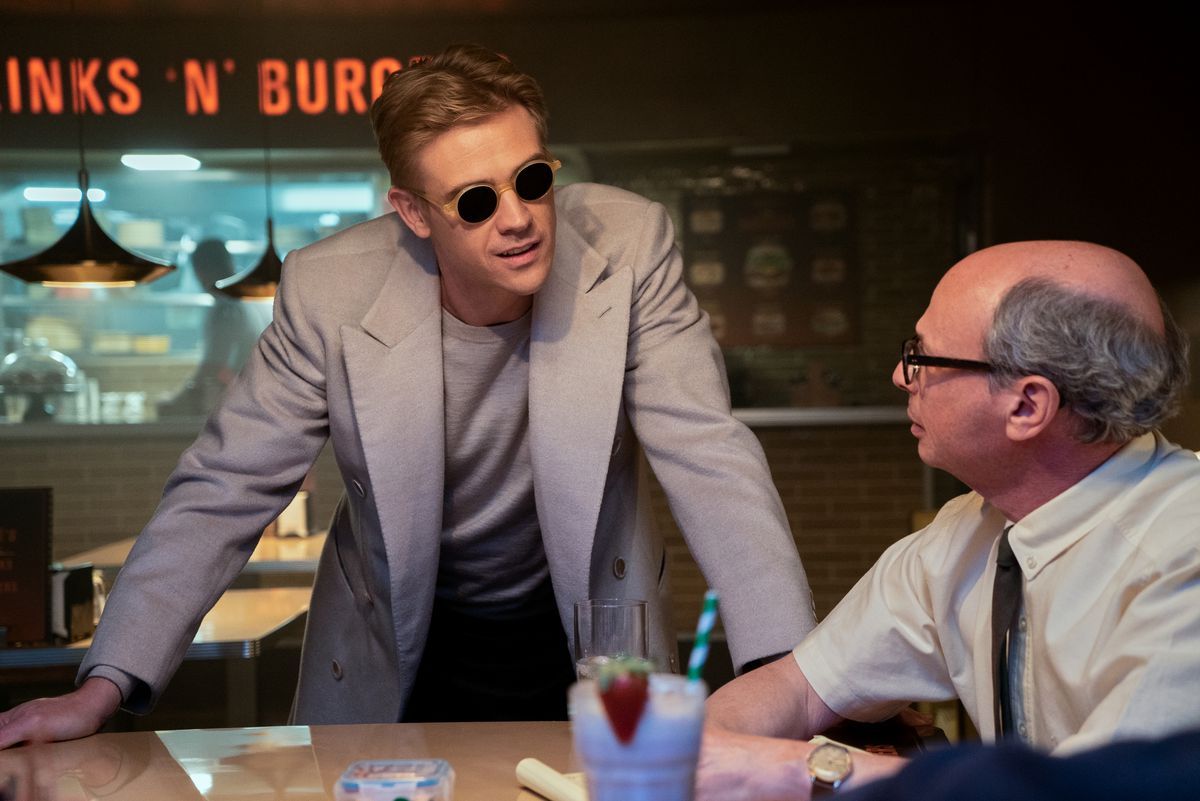 In the course of Dream's quest, stories from the first two volumes of The Sandman (Preludes And Nocturnes and The Doll's House) come to life before our eyes.

Familiar characters show up, from Death to Lucifer to a certain Constantine, not all of them how some might expect (and possibly the greatest source of gripes about the show, but they didn't bother me in the least).

The bleakness of the opener is followed by a short (just 37 minutes against the series' average of 45-54) second episode that's nothing short of delightful as fan-favourites Cain (Sanjeev Bhaskar) and Abel (Asim Chaudhry) show up looking like they just stepped out of a panel drawn by (early series artist) Sam Kieth, with their pet gargoyle Gregory in tow.

"Delight", though, is as ephemeral in this series as mortal lives are to the Endless. This is a very dark fantasy after all, and if you need convincing, look no further than the sinister-as-heck fifth episode 24/7 where a misguided man possessing Dream's ruby conducts a "contained" experiment to reshape the world into a more honest place.

Like its source comic issue, this episode has already earned acclaim and high praise, and it truly stands out in the series. It's an unsettling, provocative examination of the lies we tell ourselves and one another, in the name of fuelling our own unspoken (or suppressed) yearnings.

Yet for all the despair here, there is hopefulness, poignantly pointed out by Dream in his inevitable confrontation with the would-be reshaper of worlds.

I could go on Endless-ly about The Sandman; after all, it is packed to the gills with beloved stories both short and long from the comics (the saga of Hob Gadling; or that Cereal Convention, LOL), characters we may be familiar with from other series (Johanna who?), that elegantly fey-sounding theme by David Buckley (Evil, The Good Wife)... truly, more wealth than any TV series (or viewer) deserves. 'I'm pretty sure our maintenance contract covers minor troubles like the lord of the realm disappearing for a century.' Photos: Handout

And through it all, holding this vast and busy tapestry together, Sturridge strides/glides with otherworldly grace and something akin to aloofness, looking (to me at least) like a Sandman as envisioned by veteran artist P. Craig Russell.

With his measured tone and oddly shifting appearance (aided by the right camera angles and lighting), Sturridge is nothing short of commanding – his mostly distant and dispassionate demeanour occasionally belied by a tendency to get misty-eyed at moments when he finds himself empathising with people.

It is an incongruous but somehow apt touch, a reminder that for all his abilities, Morpheus is inextricably tied to the very mortals whose desires and wishes feed his immense power; that we mortals are the stuff that Dream is made on. And our revels now are ended, at least until next season.

All 10 episodes of The Sandman Season One are available on Netflix.