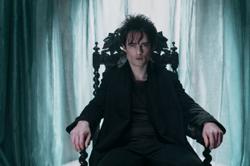 (From left) 'Stardust', 'American Gods', 'Coraline', and 'Good Omens' are just some of the shows Neil Gaiman has been involved in. – Photos: Filepics

So you've binge-watched all 10 episodes of Netflix's The Sandman series, and are now looking for more Neil Gaiman content to consume.

Well, normally I would recommend that you go and read his quite substantial collection of comics, novels, childrens' books and even poems. Or maybe you can follow his blog and Twitter to find out what he is up to or read his entertaining clapbacks at trolls complaining about the differences between The Sandman TV show and the comic book.

But if it's films and TV shows you're after, Gaiman has also been involved with quite a number of these over the years. Here are some of the more notable ones:

Based on Gaiman’s children’s book of the same name, this 2009 stop-motion animated horror was the first ever feature film by Laika, and directed by Henry Selick.

It stars Dakota Fanning as the voice of the titular Coraline (no, that’s not a typo), who discovers a secret door in her new home that leads to a seemingly better and more perfect version of her life, with much nicer, idealised versions of her family. However, there is one major, very unsettling difference – all the other people in this parallel world have buttons for eyes.

Coraline may look and seem like a kid’s movie at first, but it’s got a very dark premise that might be a little scary for little children. However, as Gaiman himself puts it, “being brave doesn’t mean you’re not scared”.

During a panel at Entertainment Weekly’s EW's CapeTown Film Fest in 2013, the author said, "I’m glad I wrote a book that has scary things in it and things that are worth being scared of and tells you that you should be brave, that you can persist, and you can triumph.”

Directed by Matthew Vaughn, this 2007 movie is an adaptation of Gaiman’s 1999 novel of the same name, which is as close to a Gaiman-written romance novel as you’ll ever get.

The film stars Charlie Cox (now best known as Marvel Studio’s Daredevil) as Tristan, a young man who sets out on a quest to retrieve a fallen star as a gift for the woman he is courting, but ends up falling in love with the star itself, who turns out to be a woman named Yvaine (played by Claire Danes).

The original novel is actually a collaboration between Gaiman and master illustrator Charles Vess, and was conceived as a ‘story with pictures’ featuring text by Gaiman and illustrations by Vess.

If there’s one gripe I have about the film version, it’s that it doesn’t quite do justice to the beauty of Vess’ illustrations, but overall, it’s a fun-filled, light-hearted watch that represents a bit of a departure from Gaiman’s darker fantasies.

The 1990 Good Omens novel was co-written by Gaiman and the late great Terry Pratchett (creator of the Discworld series), and is arguably the funniest and most entertaining book ever written about the battle between Heaven and Hell, and Armageddon.

The two authors had initially been working to adapt Good Omens into a movie, but after Pratchett's death in 2015, Gaiman decided that he would never consider working on an adaptation without his longtime friend. However, he later received a post-humorously sent letter from Pratchett to finish the project, which changed his mind.

Directed by Douglas Mackinnon, with Gaiman as showrunner, the six-episode Good Omens series was released on Amazon Prime in 2019. It stars Michael Sheen as the angel Aziraphale and David Tennant as the demon Crowley, two supposed adversaries from Heaven and Hell respectively who have been assigned to represent their 'employers' on Earth.

However, the angel and demon have been living on Earth for so long that they have developed a close friendship, and have also grown to love to life amongst the humans. Their relatively undisturbed life on Earth is disrupted when the Anti-Christ is born and they have to work together in order to prevent Armageddon from happening.

Although it was meant to be only a limited series (they did cover the entire book already), Good Omens was nevertheless renewed for a second season.

Gaiman’s seminal 2001 novel about old gods battling new gods in America won him Best Novel at the 2002 Hugo, Nebula, Locus, and Bram Stoker Awards, so it was only a matter of time before it was made into a TV show. Or so you would think.

It would take almost 16 years before American Gods was finally adapted for any type of screen, when US cable channel Starz released a TV adaptation in 2017, with Gaiman executive producing.

The show stars Ricky Whittle as Shadow Moon who is released from prison early when his wife is killed in a car crash. On the way to the funeral, he meets a strange man named Mr. Wednesday (Ian McShane), who hires him as his 'minder'. But things are not as they seem with Wednesday, and Shadow soon becomes involved in a battle between the Old Gods of the world and the New Gods, which include Technology, Media, and Globalization.

While the show was critically well-received upon release, the second season received mixed reviews, and after the third season, it was cancelled.

Fans of The Sandman would recognise the name Dave McKean, the maverick multi-medium artist who created all the covers for The Sandman single issues and trade paperbacks from 1989 to 1997.

In 2005, he designed and directed Mirrormask, a surreal dark fantasy that was also produced together with the Jim Henson Company. Gaiman wrote the screenplay based on an idea they developed together.

The movie is about Helena (Stephanie Leonidas), whom during a family crisis, enters a dream-like realm where she has to help a juggler named Valentine (Jason Barry) find a charm called the MirrorMask in order to save his home, the City Of Light.

Initially meant to be a direct-to-video release, MirrorMask was screened at the Sundance Film Festival, and also in cinemas for a limited time

This is a strange one. Based on a 2006 short story by Gaiman, How To Talk To Girls At Parties is part romantic comedy, part horror, part science fiction, and all the way weird.

The basic premise is simple – It’s about two boys, Enn and Vic, who go to a party hoping to meet girls, but instead have close encounters of a weird kind. the movie expands on this, making the boys a bunch of punks who stumble across an alien party. Enn meets a girl named Zan, who asks him to take her "to the punk", which then escalates into some sort of strange punks vs aliens situation. How to Talk to Girls at Parties

Adapting a short story into a feature length film can be tricky. To be fair, director John Cameron Mitchell tries his best to expand on Gaiman’s basic idea, but ends up overcooking the weirdness, resulting in a slightly draggy but strangely entertaining film.

Neverwhere (1996) – One of Gaiman’s early forays into TV and filmmaking (he created the show along with British comedian Lenny Henry), this six-episode television series about a magical realm called ‘London Below’ that exists alongside the ‘real world’ London first aired in 1996 on BBC Two. Gaiman later wrote a novel serialisation of the show, which was actually pretty good.

A Short Film About John Bolton (2003) - Gaiman wrote and directed this 2003 film which is a “fictional television piece on real-life artist John Bolton, who is played in the film by actor John O'Mahony. It was a direct-to-video release.

Princess Mononoke (1997) – Yes, we’re talking about the classic Japanese animated feature by Studio Gibli, written and directed by Hayao Miyazaki. No, Gaiman was not involved in the making of the movie. He DID, however, write the script for the English dub of the film, which sets it apart from many Japanese anime shows, which are often saddled with shoddy dubs.

Anansi Boys - A TV series based on Gaiman's sort-of sequel to American Gods is set for release on Amazon Prime.

The Graveyard Book – Marc Forster is attached to direct a movie based on Gaiman's award-winning chldren's book.

Dead Boy Detectives – In April, a TV series based on the characters created by Gaiman was greenlight at HBO Max, though with the recent spat of show cancellations by Warner Bros Discovery, it remains to be seen if it will go ahead.