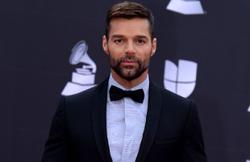 Ricky Martin is set to play back-to-back shows at the Hollywood Bowl in Los Angeles this weekend. Photo: AFP

Ricky Martin's nephew on Thursday (July 21) withdrew his claims that he was harassed by the 50-year-old singer after calling off their affair.

Martin's nephew had said the two ended a romantic relationship earlier this year but Martin would not leave him alone and had loitered near his house "at least three times". The 21-year-old said he "feared for his safety," leading a Puerto Rican judge on July 1 to issue a temporary restraining order against Martin.

Police spokesman Axel Valencia told the Associated Press that authorities attempted to serve Martin the order near his home in the north coastal town of Dorado but weren't "able to find him" as of Saturday. According to Valencia, the person who entered the order opted to bypass a police report — which might have enabled authorities to file charges against Martin — and instead deliver the request directly to the court.

"Just as we had anticipated, the temporary protection order was not extended by the Court," the statement read. "The accuser confirmed to the court that his decision to dismiss the matter was his alone, without any outside influence or pressure, and the accuser confirmed he was satisfied with his legal representation in the matter. The request came from the accuser asking to dismiss the case. This was never anything more than a troubled individual making false allegations with absolutely nothing to substantiate them. We are glad that our client saw justice done and can now move forward with his life and his career."

Martin's nephew has not spoken publicly. The Livin' La Vida Loca singer had denied the claims early this month on Twitter in a message shared in both English and Spanish.

"The protection order entered against me is based on completely false allegations, so I will respond through the judicial process with the facts and the dignity that characterize me," Martin said. "Because it is an ongoing legal matter, I cannot make detailed statements at this time. I am grateful for the countless messages of solidarity, and I receive them with all my heart."

Martin is set to play back-to-back shows at the Hollywood Bowl in Los Angeles this weekend, with his publicist confirming to the L.A. Times this week that the show would "absolutely" still go on amid the controversy. – Los Angeles Times/Tribune News Service 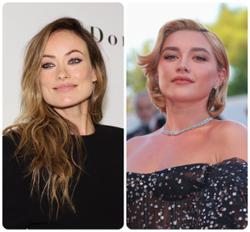