Earlier this month, Ricky Martin was slapped with a restraining order in Puerto Rico. Photo: AFP

Ricky Martin has found himself in unwanted spotlight once again.

Earlier this month, the 50-year-old singer was slapped with a restraining order in Puerto Rico. The order was filed under Puerto Rico’s domestic violence law.

Associated Press quoted Puerto Rico newspaper El Vocero as saying that the order states that Martin and the other person dated for seven months. They broke up two months ago, but the petitioner says Martin did not accept the separation and has been seen loitering near the petitioner’s house at least three times.

In response, Martin said in a tweet that the order is based on "completely false” allegations and denied them.

At that time, the identity of the petitioner was not revealed.

On July 13, Spanish media outlet Marca reported that Martin's brother Eric Martin claimed that the person who filed the complaint is the singer's 21-year-old nephew.

Ricky Martin's lawyer has issued a statement to People magazine denying this accusation.

"Unfortunately, the person who made this claim is struggling with deep mental health challenges. Ricky Martin has, of course, never been – and would never be – involved in any kind of sexual or romantic relationship with his nephew," Martin's lawyer Marty Singer told People in statement on July 15.

"The idea is not only untrue, it is disgusting. We all hope that this man gets the help he so urgently needs. But, most of all, we look forward to this awful case being dismissed as soon as a judge gets to look at the facts," the lawyer added.

According to New York Post, under Puerto Rico’s laws for “incest charges”, the Livin' La Vida Loca singer could face 50 years in prison if the claims are true.

Career wise, Martin returned to music on July 13 with the release of a new Spanish EP titled Play. 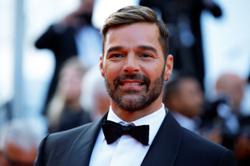