Johnny Depp's team has indicated that it will call a former TMZ field assignment manager as a witness. Photo: Reuters

TMZ filed an emergency motion on Tuesday (May 24) seeking to block Johnny Depp from calling one of its former employees to testify at his defamation trial in Virginia.

In the motion, the celebrity news site said it was seeking to protect a confidential source who had provided the outlet with a video of Depp yelling at ex-wife Amber Heard and slamming cabinets.

The video was played for the jury early on in the trial.

Depp's team has indicated that it will call Morgan Tremaine, a former TMZ field assignment manager, as a witness on Wednesday.

They have not said what Tremaine will be asked about. 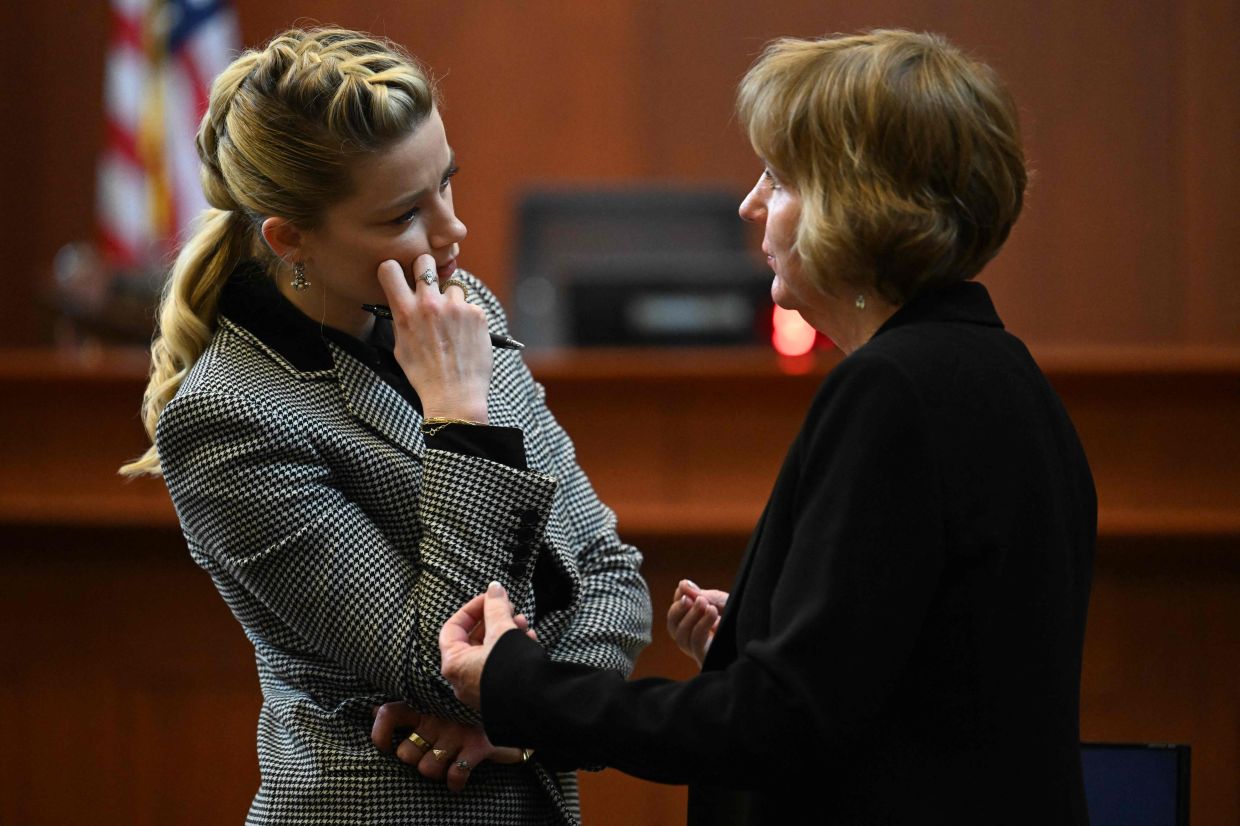 Amber Heard has denied that she tipped off news outlets to the fact that she obtained a temporary restraining order after filing for divorce from Johnny Depp in 2016. Photo: AFP

TMZ's lawyers argued that the identity of its source should be protected under the journalist's privilege in Virginia law.

The outlet also argued that Tremaine's testimony would be irrelevant to the question of whether Depp and Heard defamed each other.

Depp's attorney, Camille Vasquez, suggested during her cross-examination of Heard that she had leaked the video, and that the outlet had paid her for it.

"I didn't do that," Heard testified. "I had nothing to do with that."

Vasquez also suggested that Heard's team had tipped off TMZ when Heard went to court to obtain a restraining order against Depp in May 2016.

Heard said she was "shocked" that photographers showed up, and suggested that it was in fact Depp's divorce lawyer, Laura Wasser, who had close connections with TMZ.

In the motion, TMZ's lawyer argued that Tremaine had nothing to do with its receipt of the video, and that any testimony he might give about the confidential source would be based on "rumour and conjecture."

"TMZ promised this source that it would maintain their confidentiality and would not disclose their name or other information about them," wrote the outlet's attorneys.

"TMZ makes such promises of confidentiality, from time to time, so that it may publish information in the public interest, and it relies on the journalist's privilege protecting the identity of confidential sources to do so."

Closing statements in the six-week trial are set for Friday. – Reuters