'Everything Everywhere All at Once' review: Chaotic, hectic, utterly exhausting

Michelle Yeoh stars in her first Hollywood leading role as a woman who can jump through the multiverse into other parallel lives she’s led. – Photo: A24 via AP

Everything Everywhere All At Once could not be a more accurate title for the second feature film from the filmmaking team 'The Daniels', Daniel Kwan and Daniel Scheinert, known for their 2016 film Swiss Army Man and the striking music video for DJ Snake and Lil Jon, Turn Down for What.

In Everything Everywhere All at Once, the duo take every existential question, raunchy joke and nonsensical notion they’ve seemingly ever had and throw it all at the screen in a chaotic, hectic and utterly exhausting two hours and 12 minutes, an all-consuming sensorial cinematic assault. Whether or not that sounds like a good time at the movies is up to the viewer to decide.

'DMZ' review: Comic book adaptation never quite gets in the zone

'Kung Fu' review: Leaves it till late to find a firm footing

'The Bad Guys' review: A good take on bad guys that do good

'Turning Red' review: Joyous, funny coming-of-age tale that is one of Pixar's best

Michelle Yeoh , Everything Everywhere All At Once 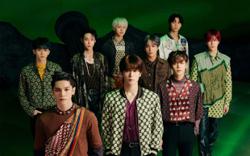