'Kung Fu' review: Leaves it till late to find a firm footing

'I'm just glad they didn't make me shave my head like in those 1970s Hong Kong flicks.'

So, about Kung Fu, the new series that's all about family and kicking butt. It's billed as being based on the 1970s David Carradine TV show created by Ed Spielman (some would argue, by Bruce Lee) but it has very little in common with that ancient oddity.

In fact, aside from the title and the fact that the main character is a (female) Shaolin monk, it has nothing else in common with its, um, ancestor.

Which works in its favour, though I can't figure out why showrunner Greg Berlanti (yeah, Mr Arrowverse himself) retained the title.

Since it has a green(ish) sword and is all about destiny, why not just call it Sword Of Destiny? Oh, right. 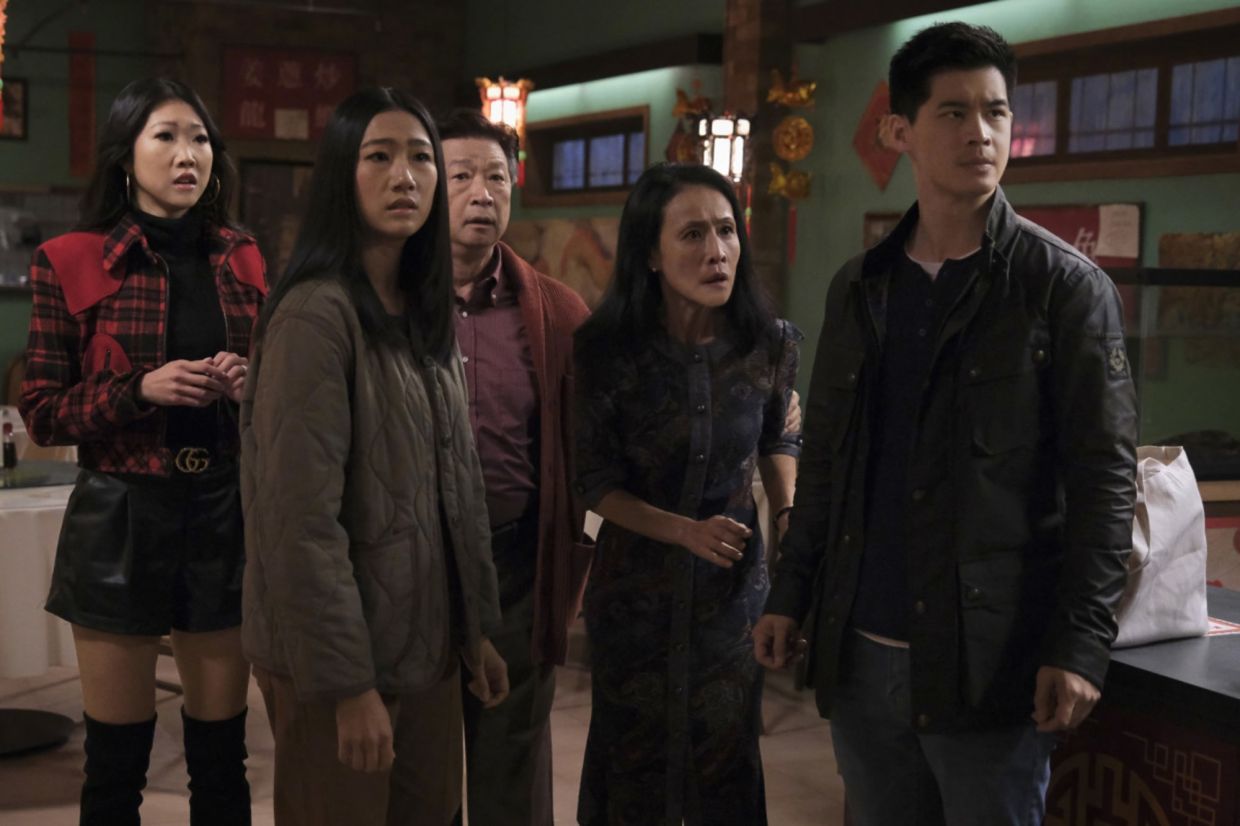 'Those yellow boots... that mole... I'm afraid your uncle from Singapore has finally tracked me down.'

The Kung Fu of 2021 takes a bit of time to grow on the viewer but once it does, the strong themes of family, filial devotion (and betrayal, on the flip side) do resonate – and of course, the fairly involving action scenes help a lot too.

The first few episodes are, in fact, downright clumsy and unfocused, and kept newcomer Olivia Liang (from The Originals spin-off Legacies' second and third seasons) from making a proper impression as heroine Nicky Shen.

The main story arc is all about the abovementioned sword, stolen by none other than Pei-Ling's own sister Zhilan (Yvonne Chapman) and part of an arsenal of eight legendary weapons of China (cue the Shaw Brothers Studio intro music) that grant the wielder great power.

Part of the clunkiness of the early episodes is the haphazardly convenient way in which the pieces of Nicky's life fit together just nicely for her quest to find the sword and stop Zhilan from acquiring the other weapons.

Althea is a bad@$$ hacker good for bypassing security systems, Nicky's new love interest Henry Yan (Eddie Liu) happens to be an expert in Chinese mythology and artefacts, Ryan runs a street clinic so he's good for patching up the occasional slash wound... get the picture?

And (I'll just mention this in passing so it doesn't turn into a rant) the deceased Pei-Ling's frequent "Force Ghost" appearances to conduct entire expository conversations with Nicky are just... oh man, they really made me miss those "Grasshopper" flashbacks from the other show.

As for dear old Mum and Dad Shen, well, to be honest I found veterans Tzi Ma and Tan to be more capable of holding my attention with their characters' sweet little lived-in dynamic (while hiding some long-buried secrets) while nearly everyone else struggled to find their footing. 'I'm so delightfully despicable, they upgraded me from guest star to series regular for Season Two.'

Past the halfway point of the 13-episode first season (the second started airing locally on March 10), though, some of those old secrets come to the surface, Nicky's quest becomes a little more grounded, a couple of annoying characters (Althea's future mother-in-law, for one) become less so, and there's a greater sense of urgency to the pacing.

And of course, Liang really comes into her own then as Nicky realises why all this is happening to and around her.

In short, she becomes the star that a show like this needs to have any shot at longevity, a fitting and relatable foil to Chapman's deliciously evil and arrogant Big Bad.

It's good that this Kung Fu reimagining survives its cheesy and underwhelming beginnings and becomes not just a watchable action series but a warm family saga of sorts, too.

Given the rapid downward spiral of Arrowverse shows in their later seasons, though, I'm not holding my breath about its long-term prospects. Fingers and nunchuks crossed that Greg doesn't move his head too far in the wrong direction...

Kung Fu Season Two airs every Thursday at 9.50pm on Warner TV (Astro Ch 712/ UnifiTV Ch 451). All episodes of Season One are available on Astro On Demand.