Taiwanese actress Ruby Lin closed China work studio to be with mum, not because of blacklist Ruby Lin said she had moved her operations back to Taiwan as she did not have many projects in China. Photo: Ruby Lin/Instagram

Taiwanese actress Ruby Lin, who closed her work studio in Hengdian, China, in July, has clarified that the reason was to spend more time with her elderly mum.

Speaking on the subject for the first time to Taiwan's Business Weekly magazine last week, she put to rest rumours that it was due to actress Vicki Zhao being blacklisted overnight in China in August.

The two co-stars, both 45, shot to fame in the region in period drama My Fair Princess in the late 1990s and have remained popular ever since.

However, Zhao has all but disappeared from the public eye for about four months now.

Rumours swirled that Lin had a premonition of the entertainment scene crackdown or that she was in some sort of trouble when she closed her work studio.

It did not help matters that her husband, actor Wallace Huo, had also done the same last year. The couple have a four-year-old daughter.

Setting the record straight, Lin said she had simply moved her operations back to Taiwan as she did not have many projects in China.

She added that she had resolved to spend more time with her mum after being surprised to see that her hair had turned white.

Her mum's words to her – "I am old, don't you know?" – touched her deeply, as she realised that she had been working too hard.

In recent months, she has been working in Taiwan as the producer and lead actress of drama Light The Night (2021), with its first season available now on Netflix.

The well-received series, about two women running a nightclub in Taipei's red-light district in the 1980s, is set to have two more seasons. – The Straits Times/Asia News Network 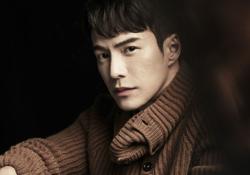