RM82,000 worth of clothes stolen from actor Jeremy Piven's home

Jeremy Piven had left LA to make his debut in stand-up comedy in Britain when the burglars struck. Photo: AP

American actor Jeremy Piven may need to spend the day out shopping for some new clothes when he returns to his Los Angeles home.

With the former Entourage actor currently away from home, several burglars saw it as the perfect opportunity to break into his unoccupied house. It turns out that the actor has really expensive taste when it comes to what he wears, as the robbers were able to get away with US$20,000 (RM82,000) worth of clothes.

"It's unfortunate when high profile celebrities are a target of home robberies when travelling. Jeremy was out of town at the time doing his stand-up comedy shows in the UK," shared a representative of Piven to TMZ.

The 56-year-old is in Britain as part for his stand-up comedy shows which started Oct 15. He will travel across Europe to do several shows with the tour ending in London and Belfast.

Police also informed TMZ that it is uncertain when the break in occurred but theorised that it was sometime earlier in the week. Those present at the scene were able to identify that the thieves entered the home by shattering a window. No arrests have yet been made. 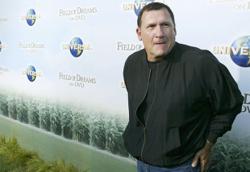