Actor Billy Porter at the premiere of the film 'Cinderella' on Aug 30, 2021, in Los Angeles. Photo: AP

Pop musician Harry Styles attracted widespread praise – and some outspoken haters – last year for flouting gender norms by wearing a dress on the cover of Vogue.

But actor Billy Porter, who famously graced the 2019 Oscars red carpet in a black tuxedo gown, was not impressed by the fashion magazine's decision to feature Styles in a dress as its first solo male cover star.

"I created the conversation, and yet Vogue still put Harry Styles, a straight white man, in a dress on their cover for the first time," Porter told Britain's The Sunday Times.

"I'm not dragging Harry Styles, but he is the one you're going to try and use to represent this new conversation? He doesn't care, he's just doing it because it's the thing to do."

Vogue did not immediately respond to the Los Angeles Times' request for comment. Harry Styles flouted gender norms when he wore a dress on the cover of 'Vogue'. Photo: Vogue

Ever since his 2019 Oscars moment, Porter has been seen by many as a pioneer of the gender-fluid style movement.

In addition to his elegant red-carpet appearances, Porter has made several nonbinary fashion statements through his acclaimed work on FX's Pose, as well as Amazon's 2021 remake of Cinderella – which saw him play the traditionally female role of the princess' fairy godmother.

"This is politics for me," Porter told the Sunday Times. "This is my life. I had to fight my entire life to get to the place where I could wear a dress to the Oscars and not be gunned now. All he has to do is be white and straight," he said of Styles.

(It's worth noting that Styles hasn't publicly declared his sexuality.)

Billy Porter (right) with Camila Cabello in a scene from 'Cinderella'. Photo: Amazon

In an interview with GLAAD, a watchdog organisation that advocates for authentic LGBTQ+ representation in entertainment, Porter recalled being "laughed at" and "called ridiculous" for his clothing choices because "people just didn't get what I was trying to do for a very long time".

Now the first openly gay Black man to win an Emmy for lead actor in a drama series is seeking credit for his seminal contributions to the recent paradigm shift in the fashion world.

"I. Personally. Changed. The. Whole. Game," Porter told the Sunday Times. "And that is not ego, that is just fact. ... I was the first one doing it and now everybody is doing it."

In the December 2020 edition of Vogue, Styles cited rock legends Prince, David Bowie, Elvis, Freddie Mercury and Elton John for influencing his sense of style and said he isn't interested in limiting himself when it comes to fashion.

"I'll go in shops sometimes, and I just find myself looking at the women's clothes thinking they're amazing," the Fine Line artiste said.

"There's so much joy to be had in playing with clothes. I've never really thought too much about what it means – it just becomes this extended part of creating something." – Los Angeles Times/Tribune News Service 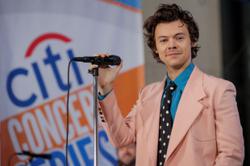 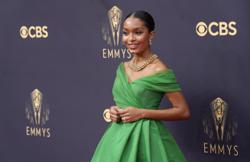