Hong Kong actor Louis Koo turned 51 on Thursday (Oct 21) and to celebrate the occasion, two artistes from his company made him a birthday cake each.

First up was Hong Kong actress Dada Chan, who attempted a traditional sponge cake for her boss on Monday (Oct 18).

Chan posted photos of her bake and the celebration on social media and wrote: "Happy birthday, Mr Boss. Making the traditional sponge cake was not easy. I did not succeed even after four attempts."

The 32-year-old actress, who also celebrated Koo's birthday in advance last year, continued: "I remember my cake last year was lopsided, and the cake this year was wrinkled. I will continue with the failed cake series next year."

Actress Candice Yu fared much better with her Darth Vader cake on Thursday.

Koo is a big fan of the Star Wars movies, and the villain Darth Vader is his favourite character.

Yu posted a video and photos of her making the cake and wrote: "Happy birthday to Mr Koo. Made a Darth Vader cake for him. Happy to celebrate again this year. Happy evening."

Incidentally, Yu herself turned 62 on Friday.

The actress, who was briefly married to actor Chow Yun Fat between 1983 and 1984, said in late September she broke her own record by making six cakes in one month.

In an Instagram post in early October, she wrote: "Will always make cakes for my dear friends even during my busy birthday month." – The Straits Times/Asia News Network 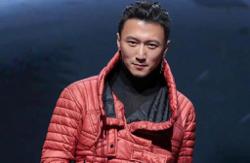 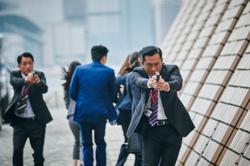