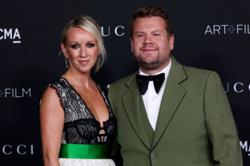 'The Big Bang Theory' star has opened up about how she jeopardised her relationship with Neil Patrick Harris (right). Photo: AP/AFP

Mayim Bialik knew a thing or two about jeopardy long before she started hosting the popular game show of the same name.

The Big Bang Theory star has opened up about how she jeopardised her relationship with Neil Patrick Harris, which subsequently caused a longtime riff.

During a recent appearance of The Late Late Show, newly minted Jeopardy! host confessed that, unlike Tony winner James Corden, she really isn’t a fan of musicals, and even having her pal Neil Patrick Harris starring in a 1997 Los Angeles production of Rent couldn’t shake it.

“People expect that because I worked with Bette Midler and because I’m me, I’m supposed to love musicals. It’s not my thing,” Bialik confessed.

“Why do I have to like it?!” she said of musical theater when the show tune-loving Corden protested.

And therein lies the problem.

“When your friend is in the play and everyone is clapping at the end and you say to your boyfriend next to you, ‘I don’t want to stand for this,’ and then you look up and Neil Patrick Harris is looking right at you – it’s a bad day,” Bialik recalled with a nervous laugh.

“Neil was fantastic, he’s amazing, but I just wasn’t into the ‘let’s give a standing ovation.’ It wasn’t my thing,” she noted. “That’s the time when you don’t say it out loud – because Neil was reading my lips.”

The Call Me Kat actress revealed that when she went backstage the former How I Met Your Mother actor confronted her: “‘Why did you say you weren’t going to stand up?’”

Bialik admitted that after the incident, “We didn’t speak for a long time,” adding, “(Neil) says that he forgave me and he sent me flowers when he heard I was still carrying this terrible guilt.”

The two former child stars (now both in their mid-to-late 40s) were friends from way back in the day.

“We had the same agent and we ran in the same social circles.... We had a lot of fun times together as teenagers, we were these nerdy child star people.” – New York Daily News/Tribune News Service