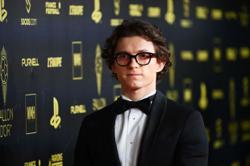 Stephen Chow (left) wants Ukei Cheung to take down her social media posts involving a yacht trip they were on together. Photo: Handout and Ukei Cheung/Instagram

The actor’s assistant denied the relationship saying the two “hardly know each other”.

On Sept 2, Hong Kong media reported that Chow had issued a lawyer’s letter to Ukei stating that all photos showing her on a boat must be removed from her social media.

Apparently prior to the wakesurfing outing, the extremely private star had requested to Ukei and two other female friends that photography or videography of any kind on the boat was not allowed.

However, it was discovered that there were a number of selfies of the teen at sea on Instagram.

The photos reportedly led Chow to suspect that “someone had violated the confidentiality agreement” about not taking any photos, and furthermore he’s concerned that “someone is using the opportunity to self-promote”.

It’s unsure if Ukei had removed the said photos from Instagram as there are still photos of her posing on a boat on her account.

However, one article reported that if she doesn’t delete them as requested, Chow threatens to sue the teen and claim all legal fees and expenses from her.

Now, what most netizens are curious about is, what kind of outing had it been in the first place for Chow to make a no-photo agreement. 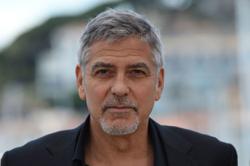 'Spider-Man' actor Tom Holland says he will play late actor Fred Astaire in new biopic
US movie writers vote 'Get Out' as best screenplay of 21st century; 'Parasite' is 4th
Saudi Arabia launches its 1st international film festival
Nick Cannon’s 5-month-old son dies after battle with brain tumor
'Squid Game' is first K-drama to be nominated at Critics Choice Awards
Christy Chung's daughter comes in 2nd in Miss Chinese Vancouver pageant
Why did actor George Clooney say no to RM148mil for one day's work?
Visually impaired musicians prove their talents in 'Kau Dan Aku' concert
Singer Britney Spears says she was forced to do '70 hours of therapy per week' at her own expense
Taiwanese actress Ruby Lin closed China work studio to be with mum, not because of blacklist