Kim Yong-gun recently starred in the travel reality show 'Grandpas Over Flowers' (2013 to 2018) and is the father of actors Ha Jung-woo, 43, and Cha Hyun-woo, 41. Photo: YouTube

South Korean veteran actor Kim Yong-gun, 75, has been sued by his girlfriend, who is 39 years his junior, after he allegedly tried to force her to go for an abortion.

According to South Korean news portal Dispatch, Kim first met the unnamed woman at a party in 2008 when he was 62 and she was 23. Kim, who has been divorced since 1996, went on to date her for 13 years.

In March this year, she told him that she was pregnant with his child. He had hoped that she could go for an abortion, saying he would not be able to take care of the child due to his advanced age.

The woman was angry that she had to terminate the pregnancy after being his secret lover for 13 years and called him "selfish and irresponsible". She sued him in court on July 24 for allegedly coercing her to go for an abortion.

Ha, whose real name is Kim Sung-hoon, is known for starring in movies such as The Handmaiden (2016) and Along With The Gods: The Two Worlds (2017).

The elder Kim responded to the Dispatch report on Monday (Aug 2). He said through his lawyer that he was anxious when he learnt of his girlfriend's pregnancy and could have raised his voice unintentionally while trying to persuade her and caused the misunderstanding.

He had changed his mind in May and wanted to support her decision to give birth to the child, but was unable to contact her since May 21 as she had blocked his number.

He added that he has told his two sons about the matter and they have given him their blessings. Both his sons declined to comment further when they were approached by the media.- The Straits Times/Asia News Network 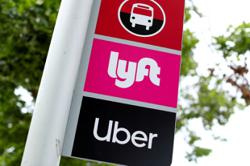