The Weeknd nominated for 16 Billboard Music Awards, BTS gets four

The Weeknd has been nominated in 16 categories at upcoming the 2021 Billboard Music Awards, including Top Artiste, Top Male Artiste and Top R&B Artiste. – Photo: AP

The Weeknd has been nominated in 16 categories at upcoming the 2021 Billboard Music Awards, including Top Artiste, Top Male Artiste and Top R&B Artiste.

He will be vying for the Top Artiste award alongside Taylor Swift, Drake, and late rappers Juice WRLD and Pop Smoke.

The singer was controversially snubbed at this year's Grammy Awards despite having the No. 1 song of the 2020, Blinding Lights, which is also up for the Top Selling Song alongside BTS' Dynamite, I Hope by Gabby Barrett featuring Charlie Puth, WAP by Cardi B featuring Megan Thee Stallion, and Savage by Megan Thee Stallion.

K-pop sensation BTS notched four nominations at the awards, which will be held on May 23. They are vying for honours in the Top Duo/Group, Top Song Sales Artiste, Top Social Artiste and Top Selling Song categories.

Controversy has also been raised with the six nominations for disgraced country singer Morgan Wallen, who was banned from the recent Academy of Country Music Awards after a video surfaced of him using a racial slur.

AP reports that despite his multiple nominations, which were based on his chart performances and not "chosen by a voting committee or membership organisation", producers dick clark productions have said that the country singer will not be allowed to participate in the show. 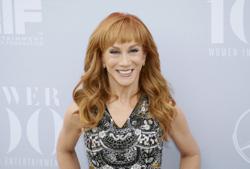