George Takei has actively worked towards changing the stereotypical depictions of Asians in TV shows and movies. Photo: TNS

Here’s his personal story as told to the Daily News:

What’s happening today is the same thing Japanese Americans were subjected to in 1942 after the bombing of Pearl Harbor. People were being assaulted, set on fire, had bricks thrown through their shop windows. I had just turned five years old.

I will never forget the morning I saw two soldiers marching up our driveway carrying rifles with bayonets. I remember their fists pounding on the door. It was terrifying. We were literally ordered out of our home at gunpoint. My mother had my baby sister in one arm and tears streaming down her cheeks.

The president had signed Executive Order 9066, and all people of Japanese descent on the West Coast were to be rounded up with no charges and no trial.

They took us to the Santa Anita racetrack, where each family was assigned a horse stall. It was still pungent from the stink of horse manure. It was a degrading and humiliating moment for my parents.

After a few months, we were transported to the swamps of Arkansas where the internment camps had fences with barbed wire and the bayou beyond it.

Our next camp, Tule Lake, had three layers of barbed wire fence, machine guns in sentry towers pointed at the people and a half-dozen tanks patrolling the perimeter. It was outrageous.

This was a whole turbulent, anguishing chapter in US history that most Americans don’t know that much about.

Racism is as old as American history. Currently it’s being incited with “the Chinese virus", or “kung flu”, or “Wuhan virus.”

Our leaders get led by mass hysteria, and in the case of “the Chinese virus”, it was a specific leader’s initiative. I’m talking about the has-been (former President Donald Trump).

I don’t like saying his name. We had a president who continued to chant that racist description of the virus, and people who are ignorant and cowardly take that to pick on elderly, frail people.

I haven’t been targeted like that in the last year, but in the early '60s before Star Trek, I was walking down Western Avenue in Los Angeles with my Chinese friend Jimmy Hong.

We were side by side when he suddenly said, “Ugh!” because somebody struck him from behind. He was staggering, and I saw two guys behind us.

I started shouting and screaming. They were bigger people, but I’m an actor, so I know how to project. They ran away, and I went back and helped Jimmy up because he was leaning on a brick wall.

When the role of Sulu in Star Trek came along, it was like a gift from heaven.

One of my pledges to my father was that I would do everything I could to change the stereotypical depictions of Asians in TV shows, movies and radio.

Sulu shattered stereotypes. He was a member of the leadership team speaking without an accent who was characterised as the best helmsman, someone who went on to become the captain of his own starship.

I think we are definitely making more progress. Major candidates for Oscars this year are Asian, and last year’s best film was an Asian film.

We might not have bankable Asian American stars – African Americans have achieved that – but we’re going in that direction. – New York Daily News/Tribune News Service 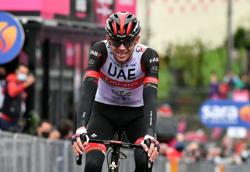