Newcomer Aniq Suhair said he was slapped in the face by a senior actor on the set of Tak Sempurna Mencintamu to ensure he teared up for a scene in the Malay drama.

Not that he minded it as it was all for the betterment of the production. He recounted this to mStar, The Star’s Malay portal.

“I was slapped by Mak Jah,” the 20-year-old said, referring to the 73-year-old actress Maimunah Ahmad.

“Before we filmed the scene, she was kind (to me). But because I had to cry for a scene, she came over and slapped me.

“After slapping once, she said ‘Now cry’ and slapped me again. It was really painful, ” said the Hero Remaja 2020 finalist. 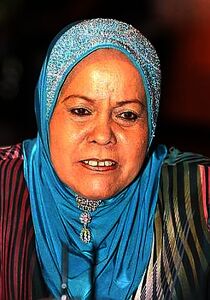 “Although it’s not difficult to cry for a scene, but at that moment, we were filming well into the night and everyone was tired.

“After she slapped me, we finished filming immediately," he recalled.

“I felt it was her way of helping me out to accomplish that scene quickly."

He added: “I thanked her after we were done. I took it as a lesson.”

'Delicious but crazy!' Vin Diesel on car launching into space in 'Fast And Furious 9' trailer