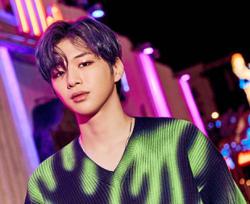 This is his personal record as his previous single 'Paranoia' took 49 hours to make past the milestone. Photo: YouTube

This is his personal record as his previous single Paranoia took 49 hours to make past the milestone.

With the new EP Yellow and the title track, he landed at the top of iTunes albums chart and songs chart in seven and four regions, respectively and ranked high in many countries.

Yellow is the third and last instalment of his colour-themed EP series and the musician participated in writing lyrics and melodies for all five tracks, including Paranoia, reflecting on his own experience.

Daniel talked about his third EP, Yellow, at a media conference in Seoul on Tuesday.

It had only been two months since his single Paranoia, and he explained that the EP had been completed first but was so strong that he’d decided to put out the single first.

“(The EP) has been in the planning for a long time and is like a diary that holds things I’ve been wanting to say,” he said.

To him, yellow is not a bright colour but is cold and makes him take time to think on his own.

Even though the overall ambiance of the EP is rather dark, it reflects the musician’s own healing process – Daniel took some time off due to depression and anxiety.

“After Magenta, I wanted to mature in terms of music. Now I’d want to show ‘completion,’” he went on, confiding that this EP felt like a confession and making it gave him a sense of satisfaction. – The Korea Herald/Asia News Network 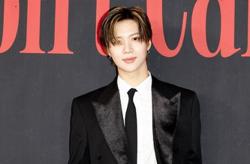