Hollywood star Johnny Depp on Monday (Nov 2) lost his libel battle with a British tabloid that labelled him a "wife beater", after a London High Court judge ruled he had repeatedly assaulted his former partner and put her in fear for her life.

In a ruling that could severely damage Depp's reputation and career, Judge Andrew Nicol said he accepted claims from the actor's ex-wife, actress Amber Heard, that he had violently assaulted her during their tempestuous five-year relationship.

"I have found that the great majority of alleged assaults of Ms Heard by Mr Depp have been proved to the civil standard," said Nicol.

"The claimant has not succeeded in his action for libel."

Depp, 57, star of films including Pirates Of The Caribbean and Edward Scissorhands, had sued News Group Newspapers, publishers of The Sun, and one of its journalists, Dan Wootton, over a 2018 article which stated he had been violent towards Heard, 34.

The newspaper also questioned his casting in the Fantastic Beasts And Where To Find Them movie franchise.

Nicol ruled that the paper's allegations were "substantially true". "It follows that this claim is dismissed," he said. A Nov 3, 2011 file photo of US actors Johnny Depp (left) and Amber Heard arriving for the European premiere of their film, 'The Rum Diary', in London. Photo: AP

Over the course of three weeks at London's High Court in July, the judge heard evidence from both Depp and Heard about their fiery marriage, alleged affairs, his hedonistic lifestyle and battle with drink and drugs, and furious rows.

Each accused the other of violent outbursts. Heard said Depp would turn into a jealous alter ego,"the monster", after bingeing on drugs and alcohol. He had often threatened to kill her, she said.

Heard detailed 14 occasions of extreme violence when she said the actor choked, punched, slapped, head-butted, throttled and kicked her.

Nicol said he accepted 12 of these accounts were true, including her description of a three-day ordeal of "sustained and multiple assaults" while they were in Australia.

"It is a sign of the depth of his rage that he admitted scrawling graffiti in blood from his injured finger and then, when that was insufficient, dipping his badly injured finger in paint and continuing to write messages and other things," Nicol said.

"They must have been terrifying. I accept that Mr Depp put her in fear of her life."

The couple met while making The Rum Diary in 2011 and married four years later, but divorced in 2016.

Depp had told the court he was never violent towards his ex-wife, saying her claims were a hoax and that he had lost the tip of a finger after she threw a vodka bottle at him during the particularly ferocious row in Australia.

Nicol rejected his version of how he lost the finger, as well as Depp's characterisation of Heard as a gold-digger and his allegation that her claims were a hoax.

"For those of us present for the London High Court trial, this decision and judgment are not a surprise," Elaine Charlson Bredehoft, Heard's US lawyer said in a statement.

"Very soon, we will be presenting even more voluminous evidence in the US. We are committed to obtaining justice for Amber Heard in the US Court and defending Ms. Heard's Right to Free Speech."

Depp has also filed a US$50mil defamation lawsuit against Heard in a Virginia court over an opinion piece she wrote in The Washington Post.

The Sun said the ruling was a "stunning victory" for press freedom.

"Domestic abuse victims must never be silenced and we thank the judge for his careful consideration and thank Amber Heard for her courage in giving evidence to the court," The Sun said in a statement. – Reuters 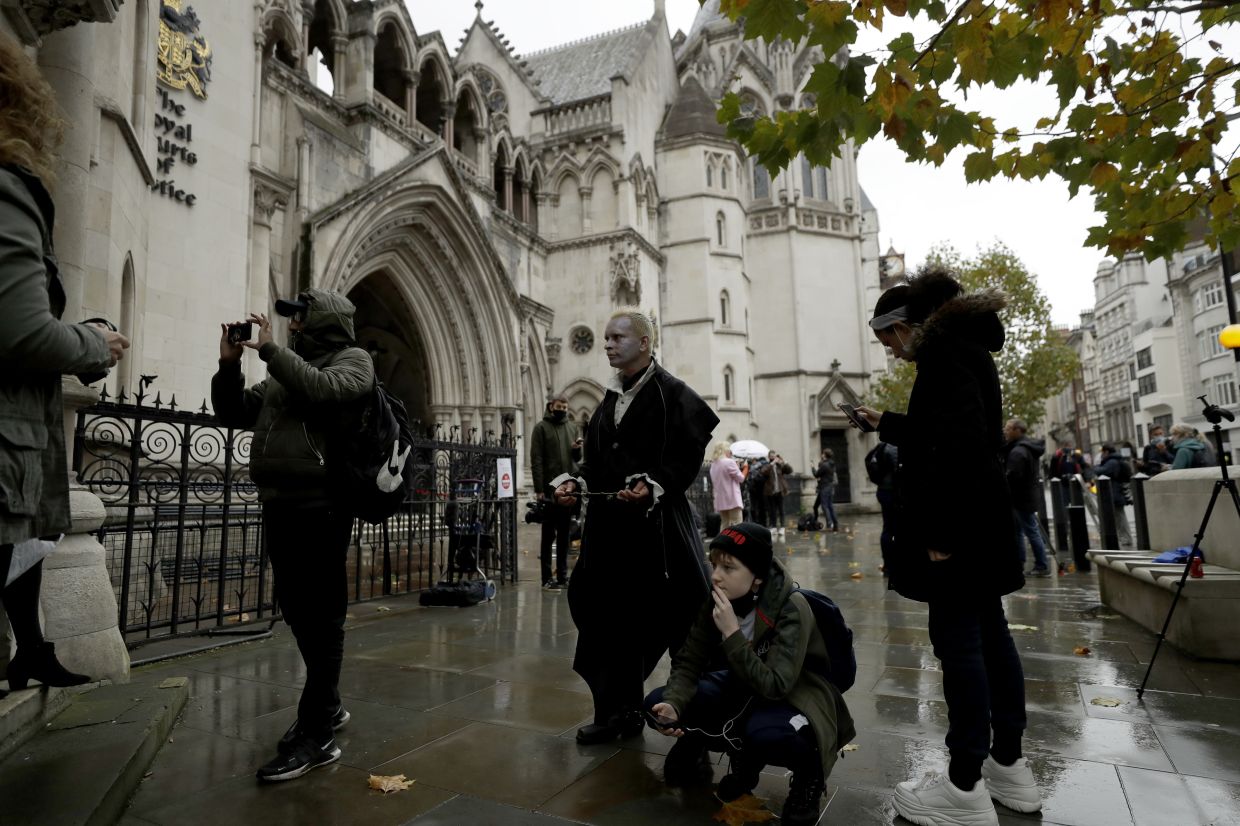 Johnny Depp fans including, Matty (centre) dressed as Gellert Grindelwald, the character Depp plays in the third Fantastic Beasts movie which is currently being filmed, react after hearing Depp had lost his libel case, outside the High Court in London, on Nov 2, 2020. Photo: AP